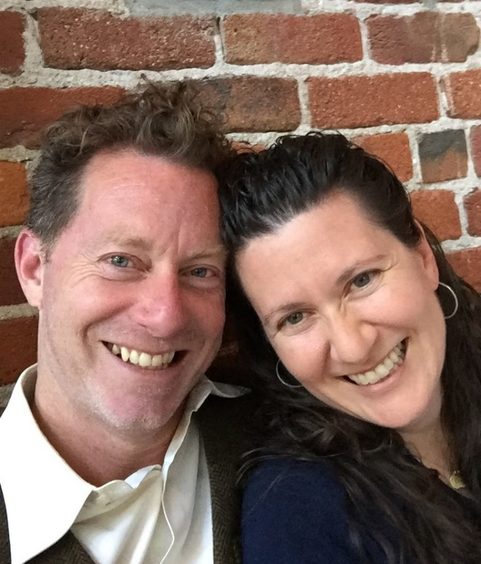 “Is this a boy or a girl?” Ms. Reeves asked the class.

She held up a photograph of a child in a striped shirt with short, brown hair. “Boy!” the students cried out in unison. Ms. Reeves looked at the children spread out on the colorful rug before her. “That’s me,” she replied. “When I was a kindergartener, like you.”

The students were incredulous. “But he has short hair!” one boy insisted.

For half his life, Sam has been choosing the hair styles, clothes, playthings, and playmates more often associated with girls. He loves pink clothes, princess costumes, fairy wands, dresses — and he often pairs them with traditional “boy” things, like Lego, dinosaurs, and wooden swords. And even though his classmates knew Sam was a boy, their first reaction to him was often confusion, followed by the certainty that something was wrong.

“Is pink only for girls?” Ms. Reeves asked. The kids nodded vigorously. “So is there a boy color?” she asked.

“But…are there any girls here today wearing blue?” The kids looked around, nodded. “How many?” A quick count concluded that six girls were wearing blue. “So, are there really ‘girl’ colors and ‘boy’ colors? Or are there just… colors?”

“COLORS ARE FOR EVERYONE,” Ms. Reeves wrote in big letters on the board. And, bless her heart, she reinforced it daily. When the kids had questions about gender expression — Why is a boy wearing a dress? Can you BE a boy if you’re wearing a dress? Why doesn’t Sam play soccer with the other boys? — she dealt with them matter-of-factly and moved on. With Ms. Reeve’s guidance, the questions faded and the class learned to accept Sam for who he is — just another kid.

Luckily, school bathrooms were not a problem for Sam that year. In kindergarten, there was a single-stall bathroom connected to the classroom, and all the kids used it. But the next year, in first grade, the bathrooms were in the hall — and shared with kids from all grades. Kids as old as eighth grade, none of whom had had the benefit of Ms. Reeve’s gentle but effective lessons on acceptance of gender diversity.

From the first day of first grade, Sam was harassed in the hall bathroom. Sure, sometimes, kids were just confused by what looked like a girl in the boy’s bathroom: “The girl’s bathroom is over there,” they’d say helpfully, or, less kindly, “You’re in the wrong bathroom.” But sometimes, kids yelled at him to get out. And once, an angry boy even kicked Sam in the stomach. And so, without talking to anyone about it, Sam simply stopped going to the bathroom at school.

We didn’t know about any of this until Sam started exhibiting signs of illness. We took him to the doctor, who quickly diagnosed Sam with a urinary tract infection. “You need to drink more water,” the pediatrician told Sam. Sam’s face crumpled. “I can’t,” he said. And then the story came pouring out: the grief our six-year-old child had been facing in the bathroom at school. The physical assault. Sam, in his first-grader wisdom, had “solved” the problem himself: He would not drink water, so he would not need to pee at school.

We felt we should have known the school bathroom would be a landmine. My husband had often witnessed hostile reactions to Sam’s presence in public men’s rooms. At the zoo in Syracuse, NY, my husband had to stop an 8-year old boy who lunged, fists raised, at Sam. What awful thing was Sam doing? He was peeing in the urinal. (When I took Sam to the bathroom at the playground or the airport, however, people assumed he was my daughter, and we had no problems.) Someday, we knew, Sam would grow up and walk into bathrooms without us. The thought was terrifying.

I do spend time thinking about this bathroom thing from the other perspective. I get it: It’s strange when you see someone in the bathroom whom you don’t expect. It can be scary, even, to see something you don’t understand. I wish there could be a Ms. Reeves in every public bathroom in America, soothing the scared and confused people, saying, “Bathrooms are for everyone! Everyone deserves the chance to pee in peace!” If Ms. Reeves were in charge of bathrooms, all bathrooms would be gender-neutral, and there would be no pressure to police who pees where.

The issue of policing bathrooms isn’t new. Bathroom bans and “gendered” bathroom rulings based on someone’s assigned sex at birth have been in the news, the public eye, and the lawmaker’s hands for nearly decades now. And how can we truly be surprised that our country isn’t inclusive? After all, it wasn’t very long ago that U.S. bathrooms were still labeled “White” and “Colored.”

But while progress is slow, it is happening — even in bathrooms. Remember in 2011, when Congress finally had to add a women’s restroom near the House floor to accommodate the record 76 women finally serving in the House of Representatives? More women and more gender–nonconforming people are living and working these days in places and spaces they were previously barred from. And as more gender-nonconforming folks live openly, more schools and public spaces will be forced to adjust to their existence and make changes to accommodate them.

But until we see that change, too often public and school bathrooms just plain aren’t safe for children whose gender expression doesn’t match the sign on the bathroom door. For those of us raising those children, the progress that is being made can feel like too little too late.

Everyone needs to use the bathroom. It’s not a choice; it’s a necessity. Wouldn’t it be great if everybody could do so safely?

58 mins ago
by Eugenia Miranda Richman

1 hr ago
by Tabitha St. Bernard-Jacobs

2 hrs ago
by Candice King