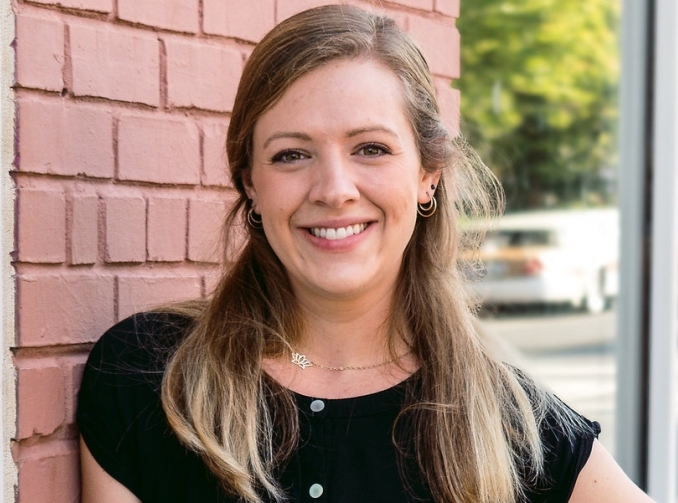 Modern pregnancy, it seems, is an exercise in finding out — and then in telling. Industry researchers (and anyone who has recently been pregnant) can attest to the fact that pregnancy announcements, gender reveals and newborn photo shoots have become part of mainstream culture in a way they weren’t just a decade ago. While some attribute the rise in sharing pregnancy and baby news to the increased prominence of social media, others point to the fact that, just a generation and a half ago, women didn’t have access to the information they now do through early pregnancy tests, genetic blood screening and high-tech ultrasonography.

I found out that I was pregnant with my first son using an early-read pregnancy test. I was just 10 days post-ovulation and, while I held out until 12 weeks to share of his impending arrival on social media, I told friends and close relatives that I was expecting almost immediately. I also shared, both in person and on social media, when I found out that he had a set of XY chromosomes. The finding out of these facts were some of my most exciting pregnancy moments and responses I received when sharing them were some of times I felt most supported. My sharing though wasn’t out of a need for support; rather, it was almost automatic — the thought of not sharing simply never crossed my mind.

The only thing I didn’t share, because I couldn’t, was when my son would be arriving. While I knew his due date, babies are of course unpredictable — and my inability to share what no one knew made it easy for my to shrug off comments about how “overdue” I looked, or predictions about when he would arrive.

When labor did begin, and I realized that my son would soon be in my arms, I was grateful for the privacy and calm that not sharing his due date had afforded me. I was able to labor alone, feeling my baby inching downward and my world turning inward. I felt myself inching closer to motherhood with each swell of pain. Later, at the hospital with only my husband by my side, the pain overtook me and shrunk my world to clips of sensation. Later still, as I held my husband’s hands, I watched my son work his way out of me — and then I lifted him to my chest.

He was wet and warm and real and I could hardly believe he existed. The hours leading up to his birth had been beautiful and private and quiet, and I was so grateful for that quiet.

At the beginning of my pregnancy with my second son, I shared the news of my pregnancy once again. This time, I shared with relatives and friends immediately and, because I opted for early genetic testing, I was able to share at 12 weeks — not only that I was pregnant, but also that I would be welcoming another son. Throughout my pregnancy, I continued to share the information I found out about him. He was measuring way ahead! He was was longer than most babies his gestational age! His 3-D ultrasound showed an adorable likeness to his older brother!

Again, the sharing felt almost automatic; what I discovered, I shared.

When I was 34 weeks pregnant, though, I got news I wasn’t excited to share. My doctor informed me that, due to my baby’s large gestational size, I was advised to schedule an induction at 39 weeks. While I obviously wanted what was best for my son, I was deeply disappointed. I felt that choosing induction would inherently mean I would lose the spontaneity of labor that I had enjoyed with my first. I was also near tears at the thought that I would lose the privacy that came with being unable to tell anyone when my baby was coming. Before, I couldn’t tell anyone when he’d arrive because I simply didn’t know. Now, I felt I was losing my “excuse” for privacy.

A few weeks later, with my son still measuring far larger than a typical baby, my doctor urged me to avoid the complications that came with a LGA baby by finalizing my early induction date. I agreed. And then, I mourned.

“Yes,” I sniffed through tears, “and everyone in the world will know he’s coming before I even have my first contraction.” And that’s when my husband said something that shifted the way I thought — or rather, hadn’t even thought of — when it came to sharing the ins and outs of my pregnancy.

After my husband made this suggestion, we hatched a plan — one that seemed revolutionary in the age of social media oversharing. We would simply not tell anyone when our baby would be born, even though we already knew his birthday. We were motivated primarily by the desire to keep labor a private family moment — but, as others who have opted for intervention can attest, opinions about who should and should not have an induction can be strong and hurtful when given to someone already disappointed in the predetermined outcome of their labor.

As I sealed my lips about my son’s due date, I began to realize how little I really needed to share to feel the same excitement and joy I had felt previously. I stopped sharing unsolicited updates and, when others inquired about my pregnancy or how the baby was doing, I began to give pleasant but vague answers. And as I became more private, I noticed a tangible difference in the way that my husband and I interacted; instead of proud parents-to-be, projecting our joy outward, we became keepers of an intimate being, one to whom only we had a claim. We began to cherish the quiet moments more, too. The more we kept to ourselves during the final months of pregnancy, the richer our joy felt.

In the end, we still got our surprise. At 38 weeks, I woke up, stepped out of bed, and felt my water break. Contractions hadn’t started yet, so I took a long walk with my husband, and we took our toddler out for our last breakfast as a family of three. Then, we coordinated with the family members who would be watching our older son during the birth — and we headed to the hospital for delivery. That afternoon, my 9-lb, 13-oz boy screamed his way into the world. As I raised him from between my legs and rested him on my chest, I was grateful for his health, for his beauty and for the wonderfully — surprisingly — private labor I’d been gifted once again.

That wonderful labor was over two years ago, but the words my husband spoke and how they shifted my thinking about privacy in parenting have carried through. Since my son’s birth, we’ve become increasingly private about sharing our family affairs on social media. As parents, we’re proud of who our children are, but we don’t need to share their accomplishments to feel a natural swell of joy at first steps or first words or first bike rides.

One day, when I look back on these years, I will have plenty memories of the sweetness of life at this time in our kids’ lives — and I hope that those memories are all the richer, more joyful and and more special because we, as a family, kept them private.