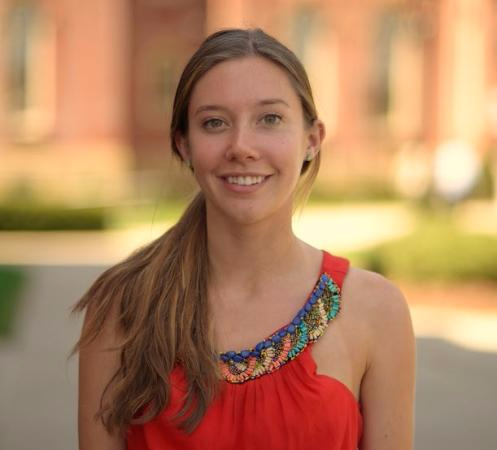 For Brooke Brumfield, the decision to hire a birth doula was as intuitive as seeking professional expertise in any other area of her life. “I didn’t think twice about hiring a wedding planner for my big day, or a bookkeeper for my business,” she tells SheKnows. “As a first-time mother, you can bet I wanted a project manager for my birth!”

These “project managers” for moms-to-be are more nurturing than most, and they’re indeed a rising force; according to DONA International, the largest doula-certifying organization in the world, there are six times more doulas helping women through childbirth today than there were in 2002. Research confirms that expecting mothers gain a number of benefits from the continuous support of a doula, from a decreased amount of time spent in labor to a lower rate of C-sections, pain medications, and epidurals.

Perhaps most remarkable, however, is the fact that doulas don’t simply reduce the risk of negative outcomes. Rather, they reframe an experience that’s widely seen as “traumatizing” into one that’s positive, empowering, and even spectacular…words that aren’t typically used in the same sentence as “giving birth.”

First things first: A doula isn’t only for the crunchiest among us.

“There’s this misconception that we like to fight with doctors, or that we only help those who want to do a natural birth surrounded by dolphins,” Lindsey Bliss tells SheKnows. Bliss is a seasoned doula and co-director of Carriage House Birth, a doula agency that has served over 2,000 families in New York and Los Angeles since 2011.

The truth is that doulas support all types of births, from the au naturel to the au-want-an-epidural-asap — and there’s zero judgment for those whose decision falls in the latter category. Doulas aren’t medically trained, nor are they intended to replace the role of a doctor or midwife. Their sole purpose is to provide continuous physical, emotional, and informational support, from pregnancy to postpartum. While many doctors have their hands full juggling patients, doulas are 100% in your corner from start to finish, helping to significantly limit the fear and anxiety that surrounds the birth process.

“If you don’t understand your choices, you don’t have any,” says Bliss. “A doula doesn’t make decisions for you; they’re there to guide and inform you so that you feel like an active participant in your baby’s birth, not like it’s something that just ‘happened’ to you.”

When the big day arrives, a doula is a calming and comforting presence for the mom-to-be in an  environment that can feel harsh and uninviting (see: fluorescent lighting). They also offer physical comfort measures, from breathing techniques and massage therapy to help adjusting labor positions.

“In the hospital, things can happen quickly and may not be framed as a choice. The doula slows down that process and explains to the birthing person what’s actually happening,” says Bliss.

Unsurprisingly, many women find that having a trusted advocate in the delivery room helps them to relax and lean into labor with greater ease. Rachel MacPherson, a Montreal-based mother of four, learned the importance of having an advocate the hard way when she gave birth for the first time at age 17.

“I had a birth plan, but it was ignored. The doctors gave me an episiotomy and used laughing gas on me, even though I kept saying no. They didn’t listen to my needs at all,” she tells SheKnows.

When baby number two came along five years later, MacPherson brought lavender into the delivery room to ease her nerves, a move that was met with condescending laughs from the nurses. Having a doula for her third and fourth pregnancies was a complete game-changer, she says: “I was finally relaxed because I didn’t feel judged or anxious, but supported in my choices. It changed my entire perception of birth.”

Brumfield also echoes the value of having a doula by your side — “during birth, you can barely see straight, let alone express your deepest, most vulnerable needs in that moment.” She views the $1,000 she paid to hire her doula as an investment rather than an expense.

“Doulas speak the language of the hospital; they understand that the system is set up to charge you as much as they can,” she says. “Medications like Ibuprofen can be marked up to prices you wouldn’t believe; hospitals can even charge you for basic supplies like tissues. A doula can help you anticipate and avoid these costs by saying, ‘It’s okay, we brought our own.’”

It’s also not uncommon for doulas to add unique touches to elevate the experience, explains New Jersey-based doula Kristen Brennan. Small gestures — setting tea lights, playing soothing music, and bringing a beautiful sarong for you to wear instead of a hospital gown — all contribute to an environment that feels calming and sacred rather than clinical, helping you to relax so that “you can labor the way you want to,” Brennan explains.

This is home birth. It is raw and real and intimate. It’s not rushed or hurried or fueled by fear. Birthing at home allows you and your husband to continue to connect for a more peaceful laboring experiment. Even #PUPPIES are invited!🐶❣️ . There is a conviction that settles deep down in a mother and father’s heart that tells them there is a better way for them, a more gentle approach to their labor and birth. That their family’s needs and wishes will be respected and HEARD and not dismissed. It drives them to step out of the “norm” and into a #birthcommunity that embraces vulnerable, delicate, YET incredibly strong women.💪💪 . Home birth is beautiful, and sometimes it’s hard. It is SAFE and for some, requires extra work. And home birth is and always was NORMAL, yet it may not be for every woman and baby. . If having a home and/or water birth has piqued your interest, I urge you to ask more questions and find the right midwife who will best serve you and your family’s needs. You’ll find yourself experiencing the personal and specific care that you usually don’t find elsewhere. Hiring the right midwife will also bring you a birth sister who joyfully serves and genuinely cares for you! I’ve been fortunate to find this three times over, and I am still in constant contact with the women who helped bring my babies into my arms.💛🙌 . This is home birth. 🧡

The mama-to-be isn’t the only beneficiary of a doula’s support. Renowned birth researcher Dr. Amy Gilliland explains to SheKnows that doulas help to normalize a strange, vulnerable, and intense situation for the pregnant woman’s partner, who often feels helpless throughout the birth process. What’s more, doulas often teach them how to provide hands-on support to the mother during labor.

“Often, the partner has never seen their loved one in so much distress. With a doula present, the partner can look to them for affirmation and reassurance,” says Dr. Gilliland. “This allows them to be more fully present in the moment and become an integral, supportive part of the birth experience. And of course, it frees them up for practical matters too, like going to the bathroom without worrying about abandoning their partner.”

Part of the reason this is so important, Dr. Gilliland explains, is because women tend to assume an emotional caretaker role — and this dynamic doesn’t just switch off during labor. When women pick up on their partner’s anxieties, it gets in the way of laboring…which is no bueno for all parties involved. Ultimately, a doula’s support doesn’t detract from the intimacy of the birth experience or diminish the partner’s role: it enhances it.

“There’s a myth that having a doula in the room makes the experience somehow less private,” says Dr. Gilliland. “The reality is that there’s no privacy in the hospital, particularly in teaching hospitals. Doulas are the ones shutting the door, creating a space so you and your partner can labor without interference. They protect that safe, intimate bubble.”

This honor, being present as a person transforms into a parent, is a blessing I could never fully put into words. Birth work is more than just a job, it is a place of love and light, a calling. I am lucky enough to have heard that call. #doula #birth #motherattendant #birthdoula

Myth #3: “Whether you hire a doula or not doesn’t really make a difference.”

At the end of the day, hiring a doula is an incredibly personal decision — but one that offers numerous benefits for all expecting mothers, whether you’re expecting your first baby or your fifth.

“What’s remarkable is that there are hundreds of studies examining doulas, and not once has research found a negative effect or outcome associated with having a doula present,” says Dr. Gilliland. “The bottom line is that doulas offer highly effective, risk-free support during one of the most vulnerable, transformative experiences in a parent’s life.”