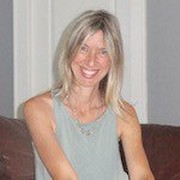 Does your kid need a bit more inspiration to get in the mood for the first day of school?Back-to-school night is an opportunity to meet your child’s teacher and learn all about what’s in store for the exciting year ahead. At the same time, you come face-to-face with the parents of your child’s classmates, which, if we’re being honest, can be way more interesting than hearing about the curriculum.

Grade School is Taking the "Gender Neutral" Out of My Son

From tiger moms to interrogator dads, there’s no shortage of characters on this always-enlightening evening. Take a look at some of the personalities you may bump into at BTS night.

This is their first child, and they couldn’t be more attentive. They’re nodding like a bobblehead and taking notes faster than a court stenographer. They’ve had the school supplies packed since late June and stay up until 2 a.m. combing through Pinterest boards learning how to transform simple sandwiches into animal faces to prevent lunch fatigue. It’s going to be the #bestyearever!

They’ve heard this song and dance four times before. They’re only here because it’s deliciously quiet compared to their home. You’ll recognize them immediately because they’re smiling at the right times but not listening to a word of this presentation.

This parent has, apparently, mistaken back-to-school night for a reality show casting call. They’ve got Botox, great (read: expensive) teeth, and they’re here to flaunt it all.

Want to ensure your kid has a great year? Start by visiting the bake sale and the book fair, this parent demands. You can try to sneak out before last period to miss this parent, but oh no, they’ll find you. Short of hiring a hostage negotiator, there’s no way you’re leaving the building until you’ve signed up to co-chair at least one fundraiser.

School’s been in session for less than a week, but this parent wants to know why homework hasn’t been assigned yet. Though it’s the beginning of second grade, this smarty pants is asking for SAT prep book recommendations. If you’re guessing that this is the family whose Tesla has the “Valedictorians aren’t born, they’re made!” bumper sticker, you’re right!

They’re still wearing a suit, they haven’t had dinner, and they’re bitter about it. They won’t ask a single question, but if he did, it would be, “Can’t you put all this in an email?”

This parent casually mentions that their family summered in Europe this year, and after visiting the Louvre, the Tate, and the Vatican, they want to know how the school plans to step up its art program this year.

This environmentalist is here solely to remind you that you and your loved ones are killing the planet with your plastic sandwich bags and disposable water bottles. They’re asking that going forward, you wrap your child’s lunch in palm fronds and refrain from idling in pick-up or drop-off lines. Thank you, and we’re doomed.

This parent is busy memorizing the class email list so they can contact you later and try to sell you essential oils — or better yet, rope you into selling them.

This parent is turning back-to-school night into a parent-teacher conference and shares that their 7-year-old finished reading War and Peace by the Fourth of July, so how soon can we look into securing an accelerated Language Arts placement just for their kid?

You can spot them because they’re somehow both the most stressed and the best-smelling parent in the room, and they may even work a mention of their upcoming triathlon into the conversation. Hey, you never know who you’re going to meet at one of these things. They’re just staying optimistic.

Possibly while wearing stretch pants and/or mala beads, this parent is asking that you sign their Change.org petition to have mindfulness and Kundalini yoga replace dodgeball and other “misanthropic and barbaric activities.” Though they’re attempting to exude high levels of chill, they’re cracking their neck like a prizefighter and you’re pretty sure they also flipped you off in the parking lot when they jaywalked in front of your car. You quickly realize it’s best to namaste out of their way.

This Chip-and-Jo wannabe rushes in 10 minutes late coated in sheetrock dust. They apologize for interrupting but quickly point out that it’s their contractor’s fault and, boy, have they had a day trying to pick out pendant lighting! When the teacher asks if anyone has questions, they raise their hand and want to know if farmhouse sinks “are still a thing” and can someone explain the pros and cons of quartz vs. soapstone countertops?

This parent recommends that your child’s teacher be trained in Krav Maga or “mixed martial arts at the very least!” They’d like the principal to run through a lockdown drill after handing out copies of this school’s evacuation plans. Additionally, they’re requesting that the background checks performed on all support staff be made available through either the parent portal or Schoology.

This parent wants to know the teacher’s college GPA and her plans for pursuing a doctorate. Has she been offered tenure, and if not, why? Is she married? Does she plan to get pregnant during the school year? If so, who’s her replacement?

Does this parent’s child really have severe allergies? Or are they just a wet blanket? We may never know. This parent is eager to remind everyone that celebrating birthdays with food is a definite “no-no.” They’re suggesting that Herman, the class turtle, be euthanized due to hygiene concerns. And don’t even think about including pencils or stickers with the kids’ Valentine cards either. This parent’s son had had adverse reactions to both adhesive and lead.

Whether the teacher is explaining an upcoming science project or talking about the end-of-the-year field trip, this parent is here for none of it. This “We didn’t have any of this when I was in school!” parent will also spend the next few months instigating fights in community Facebook groups just for the sport of it.

Sometimes back-to-school night is enough to make you consider homeschooling. That said, don’t miss this opportunity to meet your child’s teacher and fellow parents, who are sure to provide more entertainment than your favorite Netflix series. Enjoy and best of luck!

The Coolest Piñatas for Girls to Complete Their Birthday Party

The Best Piñatas for Boys for a Fun Birthday Party