My mother was the first person I told about being abused by my partner. I’d never said the words out loud before. Perhaps it felt easier in that moment, standing there in my parents’ kitchen, because my mother was focused on something else; her back was facing me as she fiddled with the coffee pot, half listening to my flimsy excuse for showing up on her doorstep so early on a Saturday morning, when I blurted out the truth.

Related story 'I Didn't Tell My Parents My Partner Was Abusive': Warning Signs You Need to Know to Protect Your Kids

“He hurt me,” I half-whispered to the back of her robe, aiming my confession towards her shoulder blades.

It’s been more than a decade since that moment in their kitchen, but I can still remember how quickly my mother spun around, and the mixture of anger and sadness on her face when I finally managed to meet her eyes. We both cried as the horrific details suddenly came tumbling out of my mouth.

I explained how the abuse had happened gradually. It didn’t begin with a slap, but with a word: “Whore,” he called me.

Things continued to escalate over the next few months until that morning — when I had to beg him to let me leave the house with my cats in a laundry basket, my neck still aching from being strangled the night before. After I finally told them the truth, my parents responded swiftly and lovingly, helping me to come up with a plan for getting away. Then, a few months later, when I admitted that I had taken him back, they helped me get away again. This time for good.

It’s been close to 13 years since the last time I saw my abuser. I’ve found unbelievable happiness since those dark days. Today, I’ve been with the love of my life for nine years, and we share two beautiful daughters together. One of our favorite pastimes is imagining who our kids will be when they grow up; most days, our oldest tells us how she wants to be a police officer, while our youngest can’t quite articulate her dreams yet, so we project our own dreams onto her. But sometimes, the memories of my own past overshadow the lives I hope my daughters will lead, and I worry about the types of relationships they may one day find. 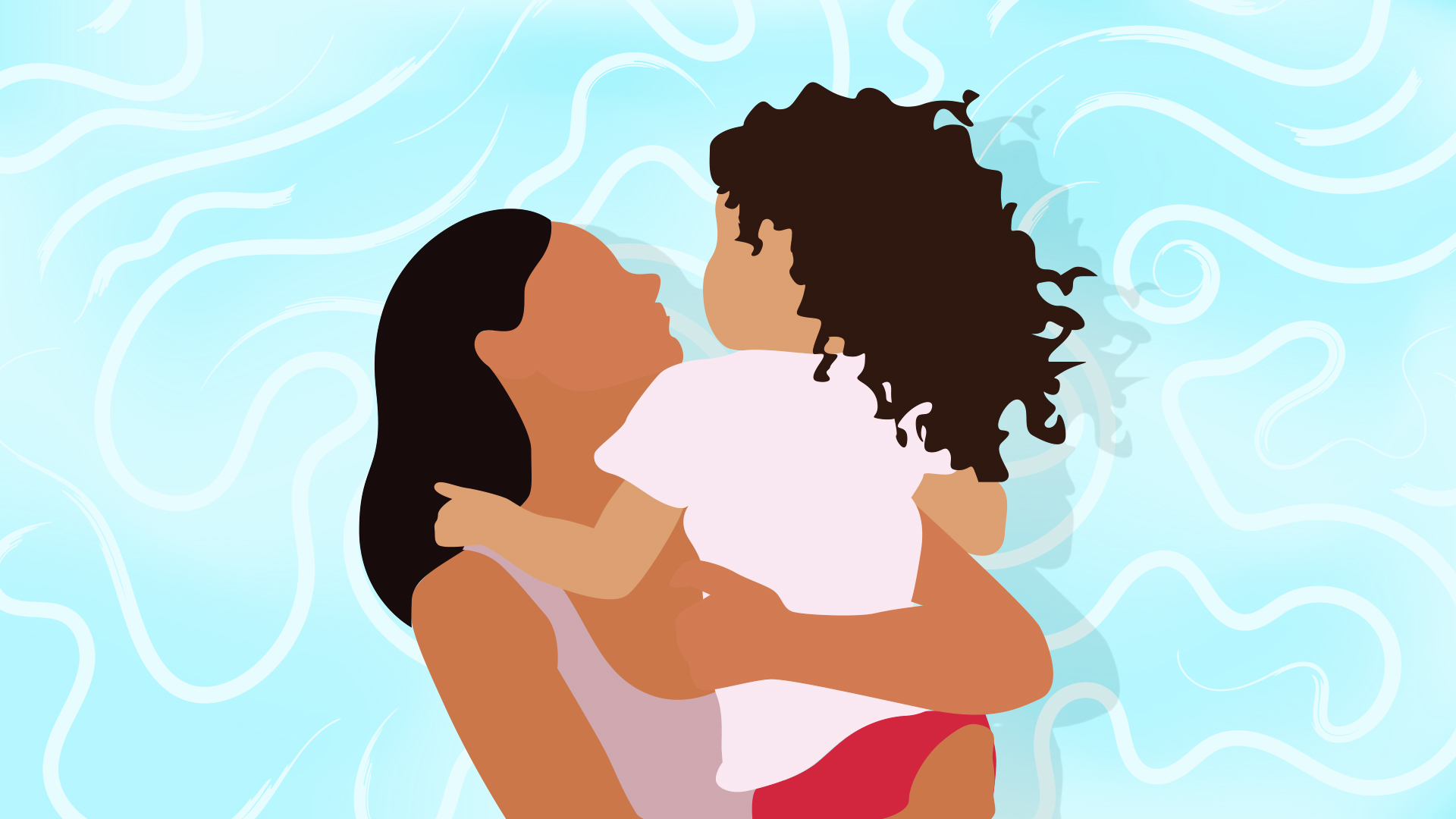 Those memories seep unwanted into my current life, and they influence the way I parent my daughters. If I had never known the cruelty and pain that I knew with my ex, I may have had a more carefree approach to parenting. Instead, I try and use those experiences to prepare my girls for a variety of things.

Consent is a major focus in our house. We always remind our kids to ask before they give someone a hug, and we reinforce the idea that people may change their mind mid-embrace. We talk about the flip side of that as well, making sure the kids understand that they also have the power to say “no” to being touched — and that nobody should ever make them feel bad, ashamed, or scared about saying no.

But that’s a relatively easy thing to teach; it’s pretty straightforward, and something we can already work on. The nuances of abuse, however, will be harder to explain to my daughters. We’ll have to teach them that abuse doesn’t look the same for everyone, and that there are many different forms it can take. We’ll teach them that just because something doesn’t fit the obviously scary version they’ve seen in movies or on TV, it doesn’t mean it’s any less real or any less dangerous.

I’ll also to tell my daughters that domestic violence thrives in secrecy — because it’s an “ugly” thing, and society tries to sweep “ugly” things under the rug. Whether that’s a bug or a feature of our society, it’s regardless a thing that allows abusers to continue to abuse.

Of course, there are red flags — which I now know about and will teach my kids to watch out for — like partners who are controlling and jealous or those who are quick to anger but slow to forgive. I’ll tell them to be especially wary of anyone who tries to separate them from their friends and their family, which is a sign that this partner is trying to become all that they have left.

I need to make sure that they understand that, if they are ever the victims of domestic violence, it won’t be because of something that they did. Abuse is about the abuser, not the abused. I’ll tell them this again and again and again, because the shame of feeling like you did something wrong keeps so many victims from reaching out.

Perhaps most importantly of all, though, I will make sure they understand that knowing all of this about abuse won’t somehow protect them from it. There is no vaccine against violence. If there were, parents everywhere would be lined up with their children for miles. There is no trick to avoiding abusers, because they aren’t all the same. Abuse can be found across all social classes and races, and throughout generations around the world. It’s one in four women, after all. And although we as a society never talk about it, I’ll talk about it. I’ll talk about it with my kids and with their friends and with anyone else who needs to hear it.

I will make sure my daughters know all of this — not because I think knowing it would have saved me, but because I need to believe that knowing it will save them.

58 mins ago
by Sydni Ellis