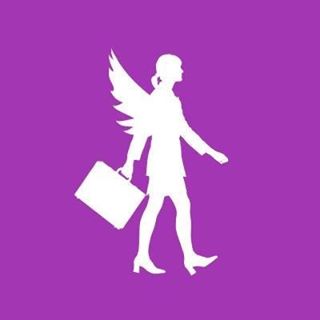 My ongoing group text with five other mom friends covers a wide range of topics — from small-town politics to confessions of losing it on our kids at bath time — that lead us to send an equal number of happy and sad emojis. When I typed in “tell me your biggest parenting regret,” though, I wasn’t quite sure what to expect. But after about a day’s worth of sharing, we were left with five areas in which we all felt we could’ve, would’ve or should’ve. Here they are.

1. Not spending enough time together.

Annie, mother of four (ages 12, 10, eight and five), expressed remorse at not having carved out more “quiet” or “special” time for the kids when she could.

“I kick myself all the time for not taking the kids out of school for vacations or just personal days to spend time with them alone,” she says. “Now that the oldest is in middle school (and sometimes struggling), I feel like I lost this opportunity… I know he feels smothered by his siblings at home, so I wish I had given him some days alone to just chill. That has escaped us now.”

2. Not trusting their instincts.

A mother of two children (ages 10 and 12) with severe food allergies, Kara regrets being wary of alternative sources of information on the issue initially.

“I was told not to introduce the top allergens to children,” she says. “Now, doctors say it’s the opposite. There were things people were doing in other countries I could have tried. Knowing there was another way we could’ve potentially avoided this weighs on me.”

I have a similar regret. My older daughter never slept through the night as a baby, and I was told numerous times to let her cry it out. She struggled with potty training as well, and there was a lot of unnecessary screaming and yelling. I was trapped into focusing on what “should” happen based on what other people and professionals were telling me. Had I just blocked them all out and followed my instincts, we might have solved some of this sooner, as she was later diagnosed with gastrointestinal issues that were the cause of her interrupted sleep.

“I regret introducing my sons to video games and the iPad,” says Tina, mom of three. “If I only knew I’d spend half my time telling them to take a break, I would never have introduced them in the first place.”

While this generation of children is ever more tech-savvy (at increasingly younger ages), those of us from Gen X can struggle with their dependency on technology. The six of us agreed this is a contentious topic — and that we never feel great about which side we take at any given time.

“I hate my tendency to fly into an irrational rage,” Kendra, mother of three, says. “This is definitely caused by my fatigue.”

Same. After a hard conversation with my husband in which he pointed out that I have to decide what kind of mom I want to be (part of his ongoing efforts to get me to recognize my tendency to yell incessantly), I’ve tried taking a page out of Kendra’s book by giving myself a “time out” and leaving the room for a while. This is undoubtedly a daily struggle for most of my mom friends; our texts often start with a venting session about a recent incident. We yell, and then feel extremely guilty after going through what feels like an endless cycle.

“I wish I had an identified and established a career before having children,” says Elisa, who is an executive assistant at a large financial firm. “Aside from the obvious financial reasons, I underestimated the implications of not having a defined ‘career’ or goal and how I would feel when my kids say that they would like to do the same someday… It’s hard to say that they should want more than what you’ve accomplished.”

While I have a career, not making what I consider to be smarter choices early on is my biggest regret. I wish I would’ve been financially able to take on a part-time role during the first few years of my children’s lives, or taken advantage of lengthier maternity leaves.

Whatever the nature of the parenting regret, it’s clear that mothers everywhere have several. And the best we can do is to just do our best — to come to terms with those regrets, to learn from them, and to find a way to move forward in the most positive and productive way for ourselves and our families.