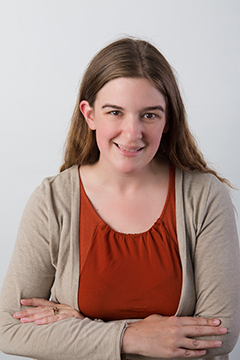 You’ve likely seen the photos of a small child making a face or videos of toddler tantrums alongside the hashtag #threenager. The term refers to the weird in-between of being three years old: not a baby or even really a toddler anymore, but still lacking some of the key motor and mental skills that will eventually help your child feel (and act) like a “big kid.”

Here are some of the main signs that indicate you are living with a “threenager,” even if that might not be a great way to label it.

1. Big emotions are hard to handle, even with a growing vocabulary

Your three-year-old is learning words and phrases every day, but that hasn’t yet translated into a full ability to express their needs clearly in emotionally charged moments. Talking your child through an emotional feeling may help more than it ever has before, but daily or even hourly tears and screams may still be your lived reality. Dr. Ilene Cohen, psychotherapist and author of When It’s Never About You, explains in her article “Why your 3-year-old acts like a threenager” that “they’re still not developmentally ready to control their emotions. If they think something is funny, they’ll laugh uncontrollably. If something happens and they feel sad, they cry inconsolably.” This is part of growing up: no child, or even adult, has complete control over their emotions all the time, and three-year-olds are just now figuring this out. So if the smallest, silliest thing sets them into a tailspin, it is probably just the stage they’re in.

Three-year-olds are developing rapidly in their ability to do complex tasks physically, but they still cannot do everything they want to do. When you persist in doing most things for your child, probably due to caring for them in their younger years, they may push back, trying to do the things they’ve been learning. Accept that, sometimes, a forceful little personality is going to have to try things out, spilling and breaking in the process, in order to learn his or her own limits and abilities.

Part of the threenager name comes from the similarity between 3-year-olds and 15-year-olds in their apparent “selective hearing” of the things we want them to do. However, with three-year-olds, they may simply not be retaining the things you say; for the best results, you should assume your child cannot listen well, as opposed to them willfully ignoring you. Your child is taking in so much and learning all the time, so the fifth time you tell them to find their shoes may be the first time it really sinks in.

Katie Hurley, LCSW, is a licensed psychotherapist who dislikes the term “threenager” because she sees the comparison as unproductive since what motivates toddlers and teens is so different. “When we laugh off behaviors and compare them to different stages, we minimize the needs of the individual child. When we rely on sarcasm and words like ‘drama’ to describe young children, we send the message that we think their needs are silly and meaningless,” she says in her article, “What Really Bugs Me About the Term ‘Threenager.’”

So if we can recognize that these symptoms are not the same as teen rebellion, what can we do to help children through this phase?

Understanding the journey a three-year-old is on is the first step to exercising patience and empathy with your child. Dr. Tovah Klein, author of How Toddlers Thrive and director of the Barnard Center for Child Development, explains just how tumultuous the experience of being three years old can be. “The child is in the throes of separation; two-year-olds start this process, saying ‘I’m my own person’ and beginning to move away from the parent or trusted adult,” says Dr. Klein. “They desperately want to do things for themselves, but they still need to know that the parent is there for them. It’s part of this whole back-and-forth of craving independence, but being so limited in what they can do on their own.”

One of the perceptions that can frustrate parents most is the need to remind children of things; as adults, it is easy to perceive children’s behavior as willful resistance rather than an inability to track time the way we do. Dr. Klein explains, “As children develop a sense of self, they have their own ideas; they think about what they want, where they want to go, and when the ideas come, they come forcefully and with no sense of time. The immediate is the space they live in.”

When we recognize that a child responds almost only to the current experience and is not developmentally ready to prepare for the future, we can give them comforting routines that become ingrained. Routines are empowering to three-year-olds: “The child starts to feel like this is familiar, and familiarity is comfortable to children,” says Dr. Klein. “They then feel like they are in control: for three-year-olds, routines allow them to be in control and have choices which makes them feel powerful.” Small, regular choices, like picking between two clothing items in the morning rather than surveying the whole closet, can help a child feel empowered within a well-known structure.

A final survival strategy: Slow down & accept the humor

Dr. Klein suggests that we do everything possible to slow down, taking the world at your child’s pace. Waking them up earlier and giving them more time to work through a morning routine, for instance, might be a path to less frustration before preschool. She also said it might be a good idea to accept that some of our children’s choices aren’t dangerous, just unusual, like wearing mismatched clothing out of the house. “Entering their world and saying, ‘You want to do it that way, maybe that’s okay to do it that way,’ can help,” says Dr. Klein. By entering the child’s world and letting them explore as well, you will avoid a confrontation, but you also will probably get a pretty hilarious memory out of it.