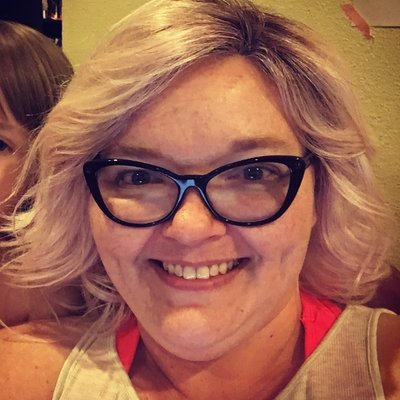 Hiring a nanny is hard, right from the beginning. I mean, just the list of criteria that search sites make you fill out can be stress-inducing.

Filling out that list made me feel like a creep, but I had inner justifications for every choice. Caring for children is an adult job. I want someone who’s currently in college, because that means they will have a flexible schedule. I’d like an English speaker, so she can understand the smallest detail of each of my neurotic instructions. And female, because… am I totally wrong to prefer a female babysitter?

I had no idea how difficult it would be, emotionally and logistically, to find a person to watch my little humans for a few hours a week, especially in a town where I had no family or extended community to draw from. I tried to imagine how other parents managed to find care for their small children. Even for stay-at-home parents, who watches the kids when Mom has a doctor’s appointment or just needs to breathe? All you need is a small network of nearby family to cover those occasional instances. And for parents who have a wider network, church “families,” lifelong friends? I imagine the potential babysitters are tripping over each other to help out. But I had none of those options.

Of course, if I had decided to start a family about 750 miles to the east, in Alabama, I would have had babysitter options aplenty. Instead, my husband and I live in Texas, hours away from any family — and our local friendships are mostly professional and casual. When it came to finding a nanny (I wasn’t emotionally ready until my daughter was about a year old) we had to cast our net into a sea of strangers. I started with Care.com, something of a virtual dating site for families and caregivers.

Yes, comparing the process to dating is creepy, but you have to admit it has the same machinations — and  many of the same emotions and disappointments. First, I struggled to accept that I even wanted — needed — a nanny. I agonized over finding, interviewing, meeting, and hiring The One. And then, after seemingly only a few “dates,” I watched each of them slip away into their own life stories, one by one. In just five years, I’ve lost the best babysitters to marriage, college, and entrepreneurship. Which is wonderful for them — not so much for me and my kids. And for each great sitter, there were a dozen awkward failed attempts to connect with young women who flaked, ghosted, or otherwise revealed themselves to be too irresponsible for childcare.

When I posted my ad on Care.com, I waited for the messages to pour in — and they did. I rejected so many off the bat, just for spelling errors or a seeming lack of ambition. I knew that eventually, though, I would have no choice but to give someone a chance. (The first step was convincing myself to stop imagining all potential babysitters were secretly criminal masterminds looking to steal and sell my identity and/or my child on the black market.)

Then, I found her. Shay was the ideal babysitter for an anxious new mom; she was a medical student who was always early and who made my daughter giggle. She was the perfect sitter for months. She even entertained my toddler in the lobby of the fertility clinic as I went through IVF treatments — and she kept her busy during the agonizing early weeks, when all I could do was expect a miscarriage. Shay was that perfect stranger who becomes an intimate family member in no time; that’s what working inside your house, with your children, neck-deep in your emotions, can do. But alas, medical school and babysitting are not compatible in the long-term. Shay moved away, and we started another series of bad babysitter dates.

For every 10 messages I sent through the site, I got one response. Then, a small percentage of those would actually follow through with an introductory phone call. It took many frustrating weeks to find someone who would show up in person at an agreed-upon time. One graduate student seemed promising after she babysat a few times, but then, out of nowhere, she ghosted. Another student said she could babysit but had to study at the same time. I wasn’t keen on paying someone to do her homework while ignoring my child.

I had given up and quit Care.com entirely when I saw a post on Nextdoor.com from Maria. Among the stolen package complaints and missing dog notices, there was her ad: a young entrepreneur looking to babysit or pet-sit to save money for a yoga teacher training. Something told me this could be a good fit. Then, I found out she lived literally next door, but we’d never met.

Suddenly, I had a neighbor — you know, one of those hallmarks of Community with a capital “C” that I had been yearning for since I ever started looking for a babysitter — whom I could call on at a moment’s notice to watch my kid. Maria babysat for my kids, and she fed our cats when we left town. She is the kind of neighbor who, when I got a flat tire at the most inconvenient moment possible, took my baby and handed me her car keys. That kind of neighbor is one in a million.

As Maria’s business grew, it edged out the time and energy she had available for babysitting. I was of course happy to see her succeed, but I was so apprehensive about re-entering that all-encompassing “dating” game of finding a new sitter. But this time, I did not revisit the exhausting rites of babysitter dating on Care.com. Because Maria had a friend, a graduate student with experience as a teacher — another perfect babysitter. And when that friend moves on, I know she’ll recommend someone else whom she knows and trusts to take her place. Because that’s what happens when you find a nanny who is connected to your family by the power of community instead of through the artifice of internet profiles: It’s a lot more meaningful, and a whole lot less heartbreaking.