When my daughter turned 10 months old, a panic set in. I had been planning to breastfeed for one year — and not a day more — but as the milestone approached, I had no idea how to stop breastfeeding. I was overwhelmed by the thought that my body, which had become very, very good at producing breast milk, might never stop. After all, I’d suffered clogged ducts and painful engorgement when I dropped the middle-of-the-night feeds. How could I go from four feeds a day to zero in two months? It seemed impossible.

So I sat down with my planner right then and created an elaborate weaning schedule for myself, charting which feeds I would turn into pumping sessions and how many minutes each pump would be, working backwards from my goal date of her first birthday until I had a plan that made sense (to me at least). I followed my plan more or less (I had to make some changes to allow for extra nursing when she got a stomach bug mid-plan) but somehow, some way, it worked: I breastfed her for the last time the night before her first birthday.

If you’re experiencing a similar panic, don’t worry; there are other, less calendar-based ways to wean your kid. Take it from the pros, below.

“There is no one perfect way to do this, because our bodies react differently,” Heather McFadden, a lactation consultant in New York City, tells SheKnows. Her advice may seem intuitive, but it’s worth repeating: “The best way to go about weaning is to do it slowly. Abrupt weaning puts mom at risk of inflammation and severe discomfort, plugged ducts, and sometimes mastitis. You can either spread out the time between feeds [to drop one every few days] or keep the pumping/breastfeeding sessions but do it for fewer minutes every few days,” she says. “Once the breasts have acclimated to the last change, you can drop out another.”

Of course, there are situations in which this isn’t possible and moms have to move a little faster to wean their babies. “If a mom needs to wean abruptly,” advises McFadden, “she should wear a firmly fitted bra, apply cold compresses, maybe do light hand expression to relieve a little pressure, and ask her doctor if she can take NSAIDS for pain. There is also a medication that can help dry up milk quickly she can discuss with her doctor.” So definitely let your OB know if you’re on an accelerated schedule. 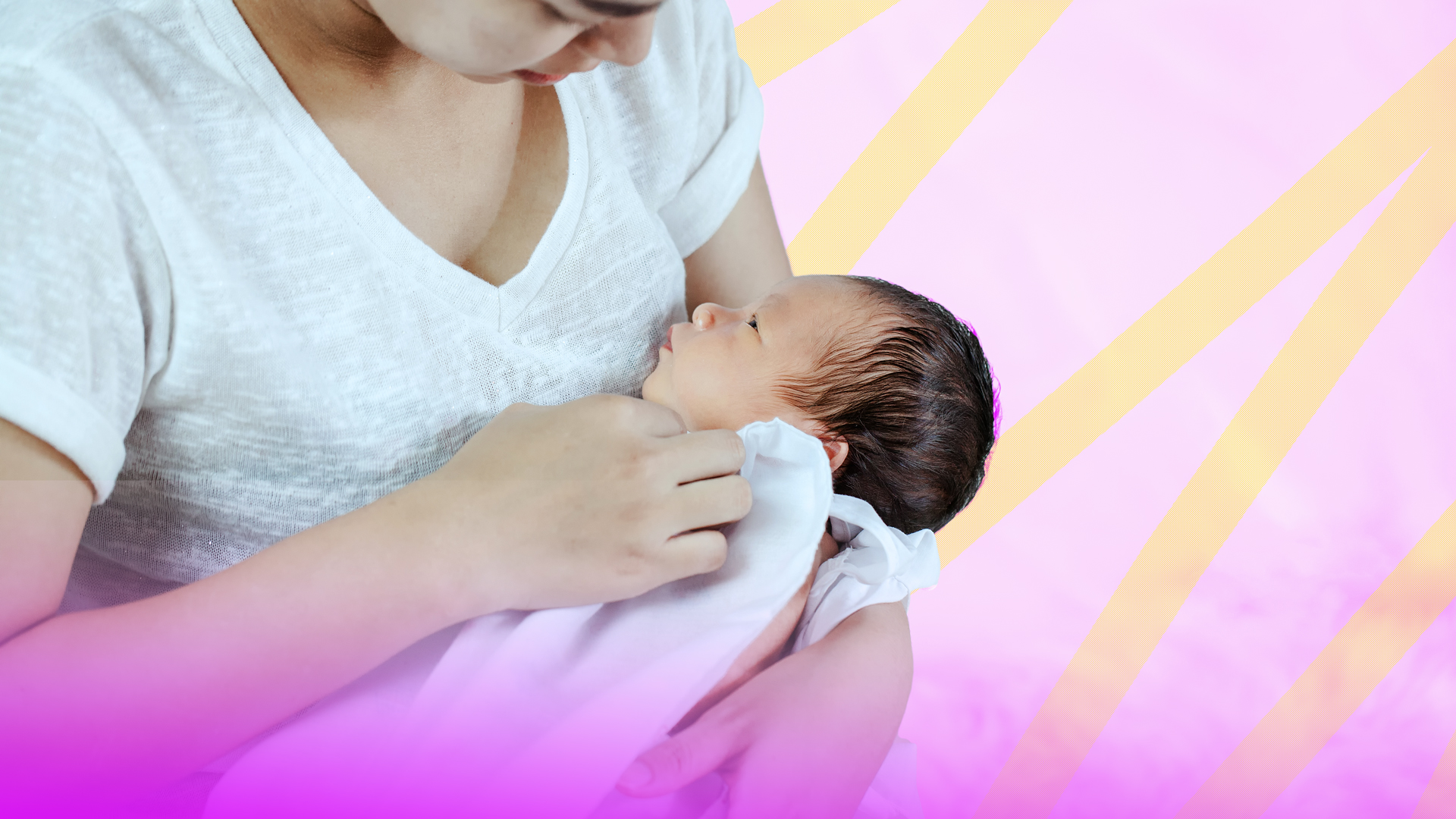 Hey, some old wives’ tales work. “I finally weaned my babe over 10 days,” Carolina Urrutia, a mom in San Francisco, tells SheKnows. “I would apply instant coffee on my nipples at a certain time of day when I wanted to stop nursing. I started at night time, then I moved up the coffee application earlier and earlier each day until I stopped nursing altogether,” she explains. “The coffee goop (which I made by mixing instant coffee and water) made [my daughter] reject the boob as soon as she saw it/smelled it, so there was no crying or fussing since it was ‘her’ decision not to nurse. It was pretty painless and efficient for both of us!”

Urrutia says the trick has been passed down in her family: “This was my mom’s hack. I had tried dropping a feed, but something always happened: a sickness, travel, etc. When I finally tried this at 16 months, it worked like a charm.”

Mastitis — a painful infection that happens when a clogged duct isn’t cleared, which allows bacteria to build up, is the number-one fear of most weaning moms. The easiest way to avoid it is, again, to wean slowly. “Eliminating one feeding per week is the ideal way to slowly decrease your milk supply, while avoiding pain, discomfort or sensations of fullness. If you don’t have the luxury of time (or patience), you can go a little faster than that, but make sure your breasts are not getting so full that you are in strong discomfort or pain,” Jada Shapiro, a lactation consultant and founder of Boober, an on-demand service for moms to access lactation consultants, tells SheKnows.

“If weaning has to happen very quickly, continue to use a breast pump or hand expression to express your milk, even if your child is no longer breastfeeding,” Shapiro adds. “If you have discomfort after you stop breastfeeding, you probably still need to be pumping or hand expressing a bit of your breast milk as you are still producing too much. Take your time, and slowly this milk production will reduce. You can use cold compresses on your breasts, and green cabbage leaves placed directly on the breasts in your bra are also known to help with lessening milk production and relieving fullness.”

4.  Lean into your emotions

Remember that you and Baby will both likely be affected by this change. (My daughter was pissed when we dropped the snack-time feeds, but adjusted fine to dropping morning and night ones. It can be a rollercoaster!) “Don’t be surprised about how emotional this experience may be for you, too,” Sarah Eichler, a lactation consultant in New York, tells SheKnows. “You might feel sad, relieved, happy, guilty. It’s the end of a stage in your journey as a mom!”

Because of that, Eichler says to lean into the emotional component as you wean: “Start by taking away the nursing or pumping sessions you don’t like. Once you’re comfortable skipping that one, move on to another feed.”