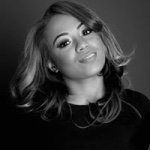 Almost five years ago, when I was 29, I decided to undergo genetic testing to learn whether I had inherited a BRCA2 mutation. My mother is a two-time breast cancer survivor, and we had discovered that she had a BRCA2 mutation during my senior year of college. This meant that I had a fifty percent chance of also carrying the mutation — and sure enough, my tests came back positive. And now, I’m getting ready to have my ovaries removed when I’m 38.

When I first learned about my diagnosis, I had just ended a long-term relationship. My oncologist gently suggested that I consider undergoing fertility preservation — aka, specifically, having my eggs frozen. She thought it would be the best option in case I were faced with a sudden cancer diagnosis that would require chemotherapy or another treatment that would eliminate my ability to have children. But I wasn’t so sure.

I had always assumed I would have children, but I had never made a real plan — or timeline — for when/how I wanted to have them. Plus, at the time of my diagnosis, I was pretty singularly focused on preparing for my preventive double mastectomy (which would lower my breast cancer risk down to less than five percent) so I told my doctor I would reevaluate when I was in a better mental space.

After my mastectomy in December 2014, I began to see an ob/gyn who specializes in treating patients with BRCA mutations. During our biannual appointments, she, too, would bring up the topic of egg-freezing. She explained that she had seen patients diagnosed with ovarian cancer who delayed treatment in order to undergo egg-freezing — and that the delay often resulted in incurable cancer.

Finally, in early 2016, I decided to at least explore the idea of freezing my eggs. I scheduled a visit with a fertility specialist at Weill Cornell in New York City.

#tbt 2 years ago I had risk reduction surgery to deal with my BRCA2 mutation. Time has really flown by.

When I went in for my appointment, the doctor gave me a basic overview of the egg-freezing process. Over a two-week period, I would come in for daily hormone injections which would cause me to produce somewhere between 18 and 20 eggs at one time. I would then come in for an extraction; then, the eggs would be frozen until I was ready to use them.

If I were willing to undergo two rounds of egg freezing (which would double the number of eggs available), the doctor explained, I could undergo a process known as preimplantation genetic diagnosis (PGD). PGD is a procedure — used before fertilized eggs are implanted — that would allow the doctors to test all of the embryos to see if they carried a BRCA mutation (and thus only implant the ones that tested negative). Essentially, I would be able to use science to avoid passing my mutation on to any future children.

I left the office feeling glad that I had gotten the information — but with the conviction that egg-freezing was not for me. When I sat down to unpack why I had such a negative reaction to learning about the process, I initially thought I must have been simply turned off by the cost.

However, when I dug deeper, I realized that I was so turned off by egg-freezing because it felt like ceding control over yet another part of my life to BRCA. I had already had to make the difficult decision to remove my breasts, and I was balancing work with an ever-growing number of appointments with different specialists. I at least wanted my reproductive life to be free from medical intervention.

I was also troubled by the idea of undergoing PGD. Although I could see the obvious benefit in not passing on my mutation to my future children, I couldn’t help but feel like doing PGD would somehow be an admission that someone like me — BRCA mutation and all — shouldn’t exist. After all, if my mother would have had access to PGD, I wouldn’t be here.

It’s been almost three years since that appointment, and I don’t regret my decision to pass on egg-freezing. I’m 33 now, with about five years to go before I have my ovaries removed. And I’m comfortable and confident in the knowledge that whether I have children in those five years or not, it will be a choice that I made on my own terms.