When my twins were toddlers, I was pretty near fanatical about working out. The combination of needing an outlet after going from no kids to suddenly having two, and the fact that my 40th birthday was approaching, made me put fitness on the front burner. And it was great. My six-days-a-week exercise routine got us out of the house and over to the gym, which was more like a community center. Working out became so much a part of daily life that I didn’t question whether or not I was going to do it; it just became automatic. I think it was because of this that I never worried about devoting so much of my time to the treadmill. After all, it was a part of our normal routine, and the side effects were great — the more in shape I was, the more stamina I had for taking care of two little ones and my job. Plus, I figured it was good for my kids to see their mom working out: prioritizing my own health and fitness.

But now that the twins are seven, I realized I need to scale back. Here’s what happened.

It was an early Saturday morning, and I was feeling great. Awake before everyone else in the house, I quietly changed into my workout clothes and sneakers and snuck out for a quick run. I’m not normally an early riser, but it felt awesome to know that I would be getting my daily exercise in before the day had even officially begun. But when, an hour later, I opened the door to my house, my son and daughter were on the couch — and they were not happy.

“Mommy, where were you? We wanted to snuggle!” said my son.

Looking at their sweet faces, my runner’s high quickly morphed into regret. I was up, and dressed and sweaty, and what they wanted was a lazy morning under the covers in PJs, making up stories and building and knocking down blanket forts.

“I’m sorry I missed snuggling with you guys!” I said as I went to take a shower. 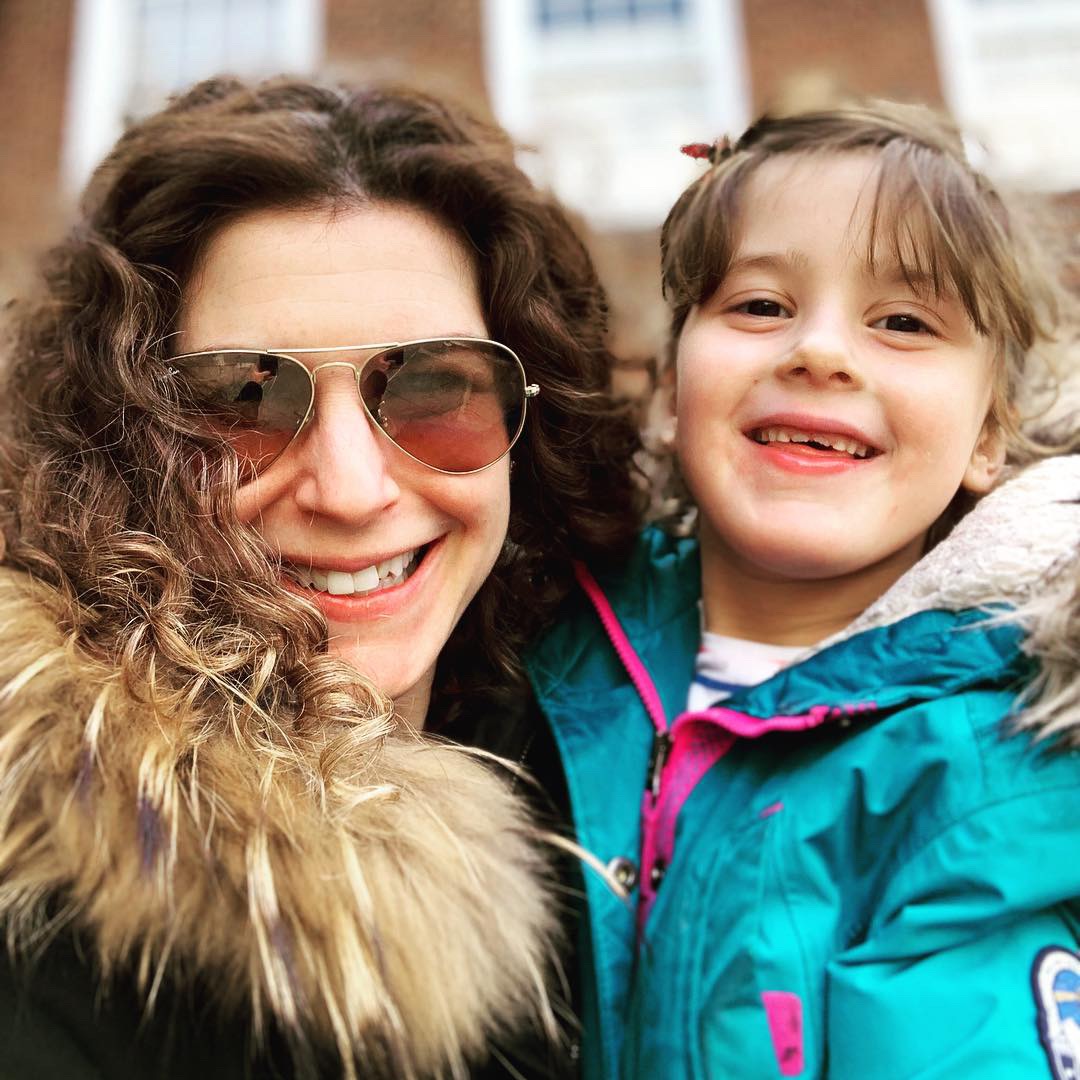 It was then that I realized this: My kids are seven. Which is almost eight. Which very soon is going to mean living with tweens (cringe). Bottom line: The days of my kids actually wanting to hole up in bed with me and cuddle are numbered. So I decided that I was going to find a way to maintain my own fitness but also be present for those sweet snuggles. My solution, for now, is to skip those solo weekend workouts entirely.

I’d be lying if I said I didn’t initially worry about taking two days in a row off from the gym. But the great thing was, this made me get creative in regard to getting active — even working out with my kids. Because moving our bodies more is something all of us can do. So instead of driving into town on the weekends, we walk 30 minutes each way to and from the library. Maybe that’s not going to burn as many calories as a HIIT workout, but it’s a great way for all of us to be active and do something together.

Scaling back my workout schedule has also made me more aware of what I’m eating — and, surprisingly, I’ve actually seen positive changes in my body since I’ve been working out less and paying more attention to nutrition. But the best part of cutting out those weekend sweat sessions is definitely those moments with my little ones that I otherwise would have missed. 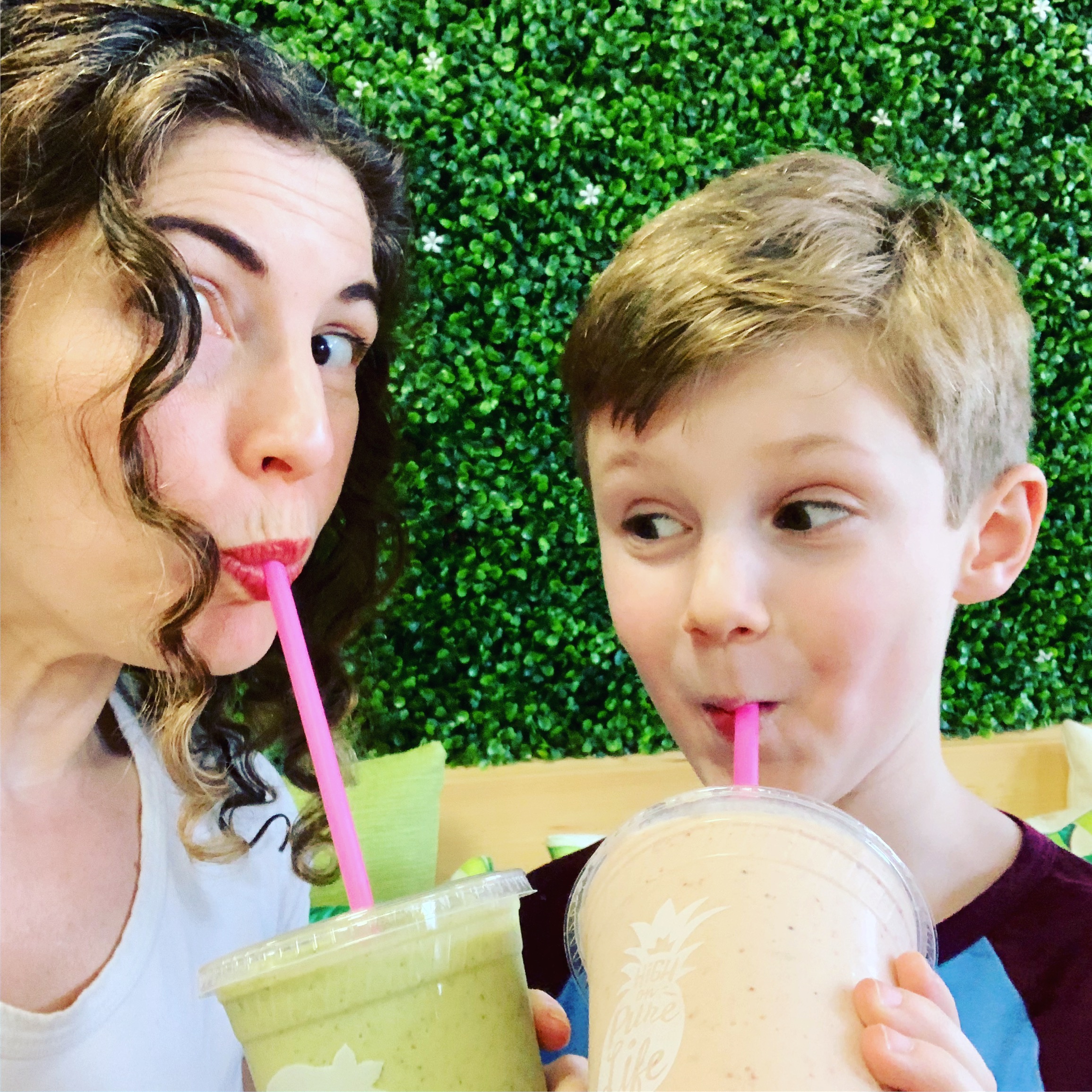 In the end, it’s all about balance. Sometimes it’s okay for my kids to understand that mommy has somewhere to go that doesn’t include them, and that they are not the center of the universe. (Okay, so maybe they are the center of my universe, but they don’t need to know that!) If you have a partner who will give you some time to go for a run or attend a yoga class, of course you should do it, and without guilt. But for me, right now, those weekday workouts will be enough to help me achieve my fitness goals and save that precious weekend time with my twins — while they still want me.

Last Sunday, I lay in bed listening for the sounds of little feet running toward our bedroom. I did my best “fake sleeping” as the twins came over to my side of the bed, each finding their own point of entry into my little cocoon of five different blankets.

“Where are we going today?” my son asked, initiating our game where we make-believe travel to different destinations. As I pretended to pack for our imaginary trip and gave my daughter five hundred good morning kisses, I realized there was no exercise high that could match the feeling I get soaring away on our magic blankets right there in my own bedroom.