Whether you have a vaginal birth or a C-section, producing a baby from your body changes said body in some major ways. And people have plenty to say about it. Just take a look around the Google: You’ll find plenty of suggestions for post-baby diets and post-baby workout plans. Thankfully, there’s often even a healthy mix of post-baby self-acceptance and radical body positivity thrown in for good measure. But what about the “shape” of your vagina postpartum? Or the effect childbirth has on your sex life? It might not be as easy as you think to get this type of “fitness” information.

As Cardi B, patron saint of Not Holding Back, told Jimmy Kimmel in October, “Nobody told me they were gonna stitch my vagina!”

I’m childless, so far. Regardless, I did know that vaginas that give birth often have to be stitched up. But did you know that sometimes your stitches can reach as far as your clitoris? (Insert Edvard Much The Scream emoji.) Again, in the words of Cardi: “Why’s no one tell you these things?”

I started reaching out to birth parents about the state of their vaginas after childbirth, and honestly, I expected to have to twist people’s arms for this info — after all is said and done, in 2019 it’s still too often taboo to put “moms” and “sex” in the same sentence. I soon discovered, though, that moms are very ready to talk about their sex organs.

Here’s what they told me about all things postpartum sex.

Let’s start above the waist

The majority of birth parents with breasts seem to be some combination of surprised, dismayed, delighted, and confused by said breasts in the aftermath of birth — more so, it seems, than even their vaginas. Breastfeeding plays a huge role in that changing relationship with one’s chest — and one’s sex life.

“I wish I knew how much breastfeeding impacted the way I felt about my body and about sex,” Phoebe G. tells SheKnows. Phoebe gave birth 11 months ago and still has uncomfortable boobs: “They’re still not an erogenous zone… I’m like, ‘get away from there!'”

“I felt like my breasts belonged to my babies,” said Nackie Karcher, mother of two. Karcher’s breasts were super sensitive during pregnancy, but afterward, they went basically numb. “I didn’t have feeling in them. The sensitivity takes some time to get back. Almost two years the first time.”

During and after pregnancy, Pheobe G. also struggled overall with a body that seemed newly womanly — including those “new” boobs. Phoebe, who identifies as genderqueer, was used to being small and androgynous — and feeling sexy because of that. “That is part of my identity,” Phoebe continues. “That changed because I was no longer small or androgynous.”

Part of why a new parent’s relationship to sex may change has to do with what midwife Chloe Lubell calls “touch saturation.”

“In normal life, we don’t touch another human for 24 hours a day,” Lubell tells SheKnows. Yet that’s exactly what’s happening when you’re nurturing a newborn. Constant touch — intimate although not sexual — becomes the norm for the primary caregiver. And as a result, touching a partner in addition to that may not feel necessary or even welcome.

For this, Lubell suggests that clients try to get out of the house (and away from the baby) for one hour per week — to do something where they’re absolutely not touching anyone else. Alone time gives the primary caregiver time to reconnect with their own identity, separate from their parenting. 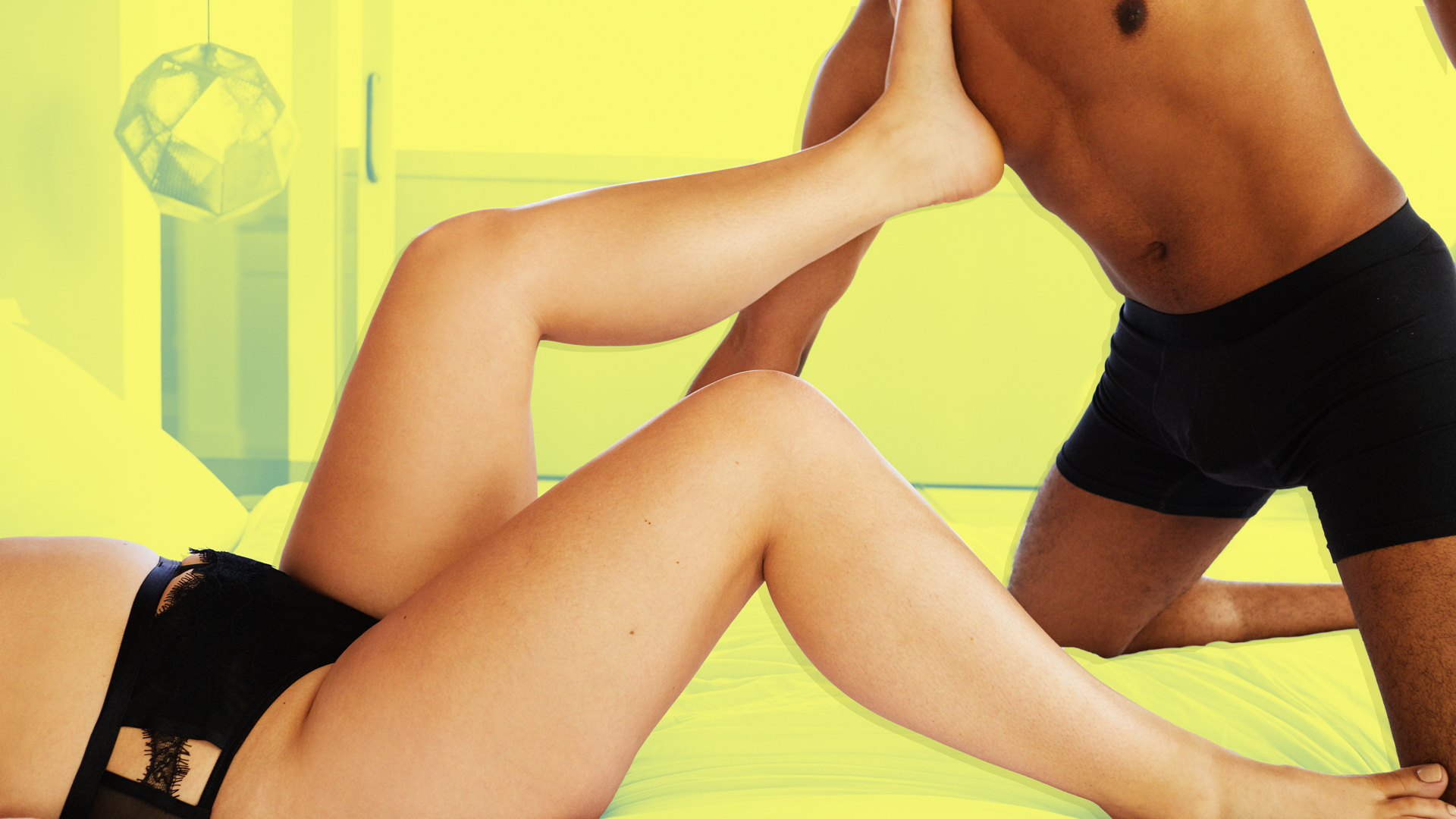 Getting back at it

Most doctors or midwives will advise people who just gave birth to wait until at least six weeks postpartum before they put anything in their vagina. That goes for C-section births as well as vaginal births, and it applies to anything — not just flesh penises.

Not everyone is in sync with their partner, however, and communication around returning to sex can be a challenge. “I had a real sex drive after [my daughter] was born,” Amanda, mom of one, tells SheKnows. “I wanted to do it a lot, but sex was really painful. He didn’t want to do it at all. My doctor told me that six weeks after giving birth, my vagina was the same as a 70-year-old woman’s. I still don’t know what that means.”

Lubell said the best thing you can do in the immediate postpartum period is regular sitz baths. “It gives your genitals extra TLC,” she said. “Its just a little ass tub for your bottom that allows you to soak your vulva, perineum and anus in warm water. You can use just straight warm water, which will bring extra blood flow to the area to improve healing, or [add] certain soothing herbs.”

The “hot dog down a hallway” myth

The stitches are real, but the myth of vagina ruination seems mostly that — a myth. Most women I spoke with felt their vaginas changed overall post-birth, but not necessarily for the worse.

“Through my vaginal birth, my G-spot moved,” said Phoebe. “It’s deeper in than it used to be. Reaching is a challenge. I noticed pretty quickly after we started having sex again.”

“Sex was different for me the second time around. I felt like I was a born-again virgin,” one mom said. “Are you like a stretched-out balloon down there? No way. It really felt muscular for me. It felt like my muscles had just had this really great workout.”

Lubell says that assessing the state of your pelvic floor with a trained physical therapist, if you can access one, is an important first step to reintroducing yourself to your vagina. Just doing Kegel exercises won’t cut it, she notes.

“The issue is that some people have such tight pelvic muscles, they find they spasm. So tightening those muscles isn’t going to help.”

If you do jump back into a sexy routine in the first or second month postpartum, don’t forget this key step.

“It has happened,” admits Lubell, “where I’ll see the look of shock and horror when someone comes back at their six-week checkup and you tell them they’re pregnant.” Yikes.

“Every pregnancy, every birth, everyone is so different,” says Nackie. “I think getting information is really great, but it does make it hard because some people don’t feel as good as others, even in a single body part.”

The only thing the experts all agree on? There is no normal — or rather, it’s all normal.