Four hands. Four feet. Two babies. Two completely shocked parents. “Do you see what I see?” the technician asked. It was unmistakable: My husband and I were about to become parents of two of the smallest creatures I had ever seen. I am going to be a twin mom.

Twins weren’t the plan. We thought we’d try for one and, if we were fortunate enough to conceive, would see how we managed before even discussing the possibility of a second child. Life — or, from a more practical point of view, basic biology — had a different agenda: two eggs, two sperm, and two new life forms who will grow side-by-side — for the next several months and well into their early adulthood. We were unprepared. But our surprise quickly turned into joy as I accepted our new reality. Two became four: parents and kids. Eight hands, eight feet, and a lifetime of adventures ahead.

It wasn’t until later that a different reality began to set in for me as I realized I was no longer responsible for just one new life, but two. Everything I couldn’t control came rushing to the forefront of my mind. I saw images of school shootings, rising temperatures and increased natural disasters due to climate change. I thought of the white supremacists who even today march in the streets — and our country’s racist, sexist administration that separates children from their families and condones hatred.

My children — both of them — would one day be exposed to all of this. And it was all my fault.

The thought that lingered most — that caused me to experience panic attacks and fits of tears — didn’t have anything to do with politics or the environment, but everything to do with me. I’m utterly terrified I won’t measure up to my children’s standards. I’m terrified I won’t provide them with the best life possible, won’t set an example of how to be a loving, productive person. And the deeper I dug into my own insecurities, the more I realized how many of them stemmed from being a working woman — now, a working mom.

I’ve always believed I’m more valuable when I’m being creative. I left my full-time job in favor of a freelance career two years ago, and I feel at my best when I’m pitching, writing, and ideating different stories — everything from parenting pieces to stories about sex dolls and sexual fetishes to commentary on domestic and international affairs.

I should have felt inspired by these two new people in my life — inspired to learn more, write more, create more, because of them. But instead I found myself feeling paralyzed.

Freelancing is both a blessing and a curse. You set your hours, work from wherever there’s WiFi, and sometimes you get to come up with your own angles. If you’re lucky, you have a few regular clients or editors who provide you with enough work to pay the bills and allow you to dive into the bigger, riskier projects you truly love — the deep dives into fascinating stories you feel compelled to tell, the topics that pop into your head before you go to sleep at night, and the novel you’ve been slowly chipping away at for years. I consider myself one of these fortunate few.

That’s not to say things are easy. Formulating pitches, interviewing sources, and contacting editors takes hours of labor, and unless a publication does decide to publish that piece in the end, all that pitching-interviewing-researching-chasing work is unpaid. The rejections sting, but they’re not nearly as daunting as the unpredictable and ever-changing landscape of freelance writing and journalism.

This year, major media companies such as Vice, BuzzFeed, Verizon, and Gannett laid off more than 2,200 employees. Each company had different reasons. Some were restructuring, others were permanently closing, and some voiced concerns about their budgets. Thousands of talented, hard-working media folks were forced to figure out their next steps, stat. Writers I know and admire scrambled in the aftermath, tweeting their resumes, past bylines, and experience in hopes that someone, somewhere, might have a solution.

All the while, I selfishly thought, If these journalists, some of whom helped win Pulitzer prizes for their media organizations, could lose their positions, what chance for success could I possibly have? 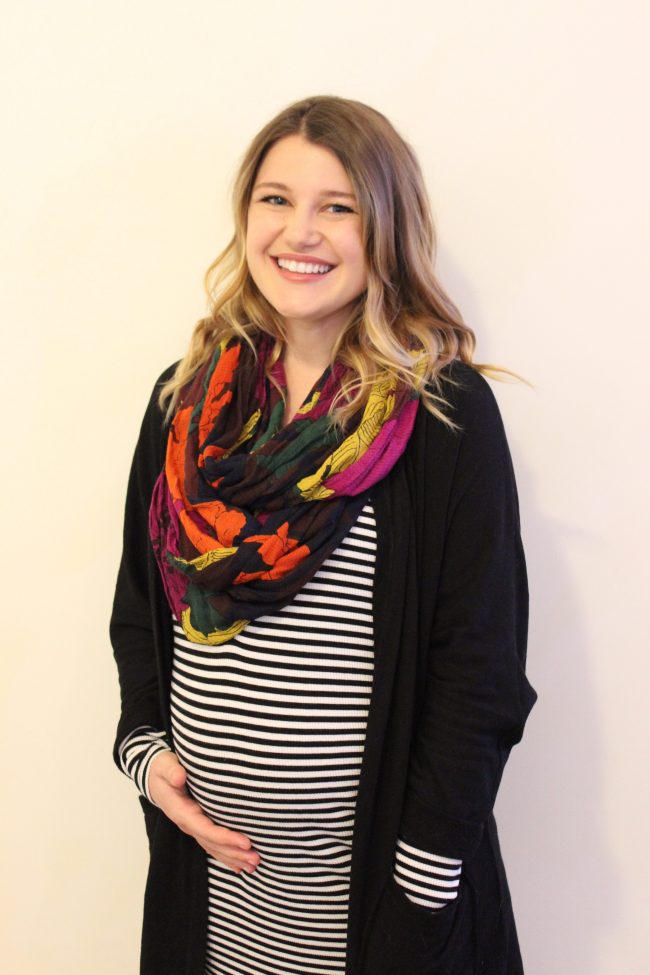 Writing is competitive. Millions of people have compelling perspectives and stories to tell. To be successful in this life, you have to be sharp, know what makes readers tick, and consistently crank out strong ideas. (Or, you have to be wealthy, which is a topic for another day.) You have to network, put yourself out there, and turn rejection into motivation. But all of those things require energy — the kind of energy I don’t always have during this pregnancy.

Before I got pregnant, I could easily work 12-hour days. Now, I’m happy if I can make it six hours without hitting a wall (without a doubt, everything I write after those six hours will require multiple edits). I also have to make time for appointments (one with my OB/GYN and another with my high-risk pregnancy specialist, not to mention lab work), meals (working straight through lunch is no longer an option), prenatal exercise, and general baby-prep research (everything from the best breast pumps on the market to how to care for these kids once they actually arrive).

These added tasks and changes, while rewarding, can also be incredibly frustrating. Too often, I’ll find myself having a meltdown — because I hate feeling fatigued, slow, and generally less productive. And then, I cry — because I feel guilty for ever feeling anything other than grateful and blessed. The cycle can be debilitating.

And if I feel this way now, I can only imagine what I’ll be feeling once the babies are born. How will I stay creative while I’m breastfeeding and pumping every two hours? How can I give my children the attention they need and deserve while also tending to my career?

Of course, my fears aren’t uncommon among mothers of young children. A study published in the research journal Sex Roles found that U.S. mothers experience “high levels” of “work-family guilt.” Overwhelmingly, women participants said they felt guilty for leaving their children while they worked. These moms also often experienced more anxiety and depression —and tried to overcompensate by taking on even more responsibilities at home. Some even left their careers entirely.

It’s easy to understand why women feel this way. In addition to feeling guilty, mothers are paid four percent less for each child they have, according to a shocking analysis from a sociologist at the University of Massachusetts, Amherst. A New York Times report also found that pregnant women and mothers often miss out on promotions and raises, despite their capabilities and contributions. Many of these women need to work to support their families — yes, even if they have a partner with a job. (This isn’t to say that mothers who don’t work outside the home aren’t contributing; they absolutely are, and their jobs are equally as important as any boardroom position.)

Of course, it’s not all about money — though, let’s be honest; money is the most dominant factor. Many women, including myself, actually enjoy working (shocker, I know). For me, writing is cathartic and fulfilling. I feel like I’m a better person when I’m meeting deadlines, filing stories I care about, and helping pay the bills. I want my children to see their mom chasing her dreams. I want them to believe that they, too, can maintain a work-life balance when they’re adults — that they don’t have to choose between having a family and a career.

But to teach them that, I also have to accept that I can’t control or predict the future. I won’t get to file every story idea that comes into my head, and I’ll have to improve my time management skills and be more selective about my projects. But most importantly, I’ll have to stop worrying as much — and I’ll have to commit to being present in the moment.

I know these two impossibly small people are going to teach me so much about love, patience, and happiness; they’re also going to show me that I can’t do it all. I can’t protect them from every horrible attack around the world. I can’t make our current president tweet less and care more. Hell, I can’t even control how many of my own articles get published. What I can do, though, is give them the best life I possibly can provide.

Undoubtedly, I’m going to make mistakes. There will be days when I feel like a failure on all fronts. But those babies — their two smiles, two hearts, and countless dreams — will make every moment worth it.