If you’re separated or getting a divorce from your kid’s other parent, you probably have a ton of questions about custody and child support. In an ideal world, these are things you wouldn’t have to think about. But in the real world, parents split up, and rarely is it possible to simply go your separate ways. Lots of issues have to be addressed when you have kids in common, starting with where your child lives and how their expenses are paid. SheKnows spoke to seasoned family lawyers to find out what all divorced moms need to know about custody and child support.

There’s more than one type of custody

Custody doesn’t just cover where children go to bed at night and wake up in the morning. There are two aspects of custody — physical custody and legal custody. Kids live with the parent who has physical custody and have “visitation” with the other parent (that is, unless both parents have shared physical custody), while legal custody is the right to make important decisions (about education, health care, religion, international travel, etc.) relating to a child. An order may be made for sole or joint custody — and joint custody doesn’t necessarily mean a 50/50 split.

“There is no one-size fits all solution,” Elysa Greenblatt, Partner at NYC’s Greenblatt Law LLC, tells SheKnows. “Ultimately custody comes down to the best interests of the children, and you may have reasons to share custody or to have one person be the primary physical custodian.”

Shared legal custody means both parents have an equal say in major decisions affecting the child. “It’s not uncommon for parents to disagree; therefore it makes sense to have a way to resolve disputes without having to go to court, which can be expensive and not provide a quick solution,” Thomas J. Simeone, Partner at Simeone & Miller, LLP, tells SheKnows. That’s why working with a mediator or similar professional can be so beneficial. Simeone explains that “parties often select a mutually agreed-upon person, such as a counselor or trusted friend,” to aid in decision-making when disagreements arise.

The child’s best interests come before everything else

When making any decision that affects a child, the court’s paramount consideration is the best interests of that child. When it comes to physical custody, this means the court is focused on who will provide a better home environment for the child, taking into account all relevant factors, such as comfort, safety and proximity to school and friends, says Simeone.

Regarding legal custody, the court looks for who can be trusted to make the best decisions for the child. This means it’s crucial that parents realize they’re constantly being evaluated by the judge — even when dealing with other issues, such as spousal support. “It’s extremely important not to be petty, emotional or overly adversarial” towards the other parent in any context, warns Simeone.

When determining what’s in the best interests of a child, certain factors shouldn’t be relevant, such as the gender, race, religion, sexual orientation, physical ability or financial status of the parent. “Many people think the courts favor mothers over fathers in custody determinations simply on the basis of their gender or because of the outdated ‘tender years doctrine’,” Erin Levine, founder and CEO of Hello Divorce and Levine Family Law Group in Oakland, California, tells SheKnows. “The truth is that mothers often take on the primary caretaker role because of traditional gender expectations within the nuclear family. However, this is changing, and you will likely begin to see more and more fathers taking on a stronger caretaking role, especially after a divorce.”

It can be really hard just to talk to someone who’s treated you badly or broken your heart — let alone cooperate, compromise, and co-parent with them. But you have to take the high road for your kid’s sake, as well as to present yourself in the best possible light to the courts. “Courts will also look to the relationship between the parents to determine who will be a better choice as the primary custodian,” explains Levine. “If there is evidence of a parent’s intentional alienation from the other parent, refusal to communicate, interference with the other parent’s timeshare, or even a basic failure to cooperate, the courts can award custody to the other parent — even if the alienating parent has been the primary caregiver.” 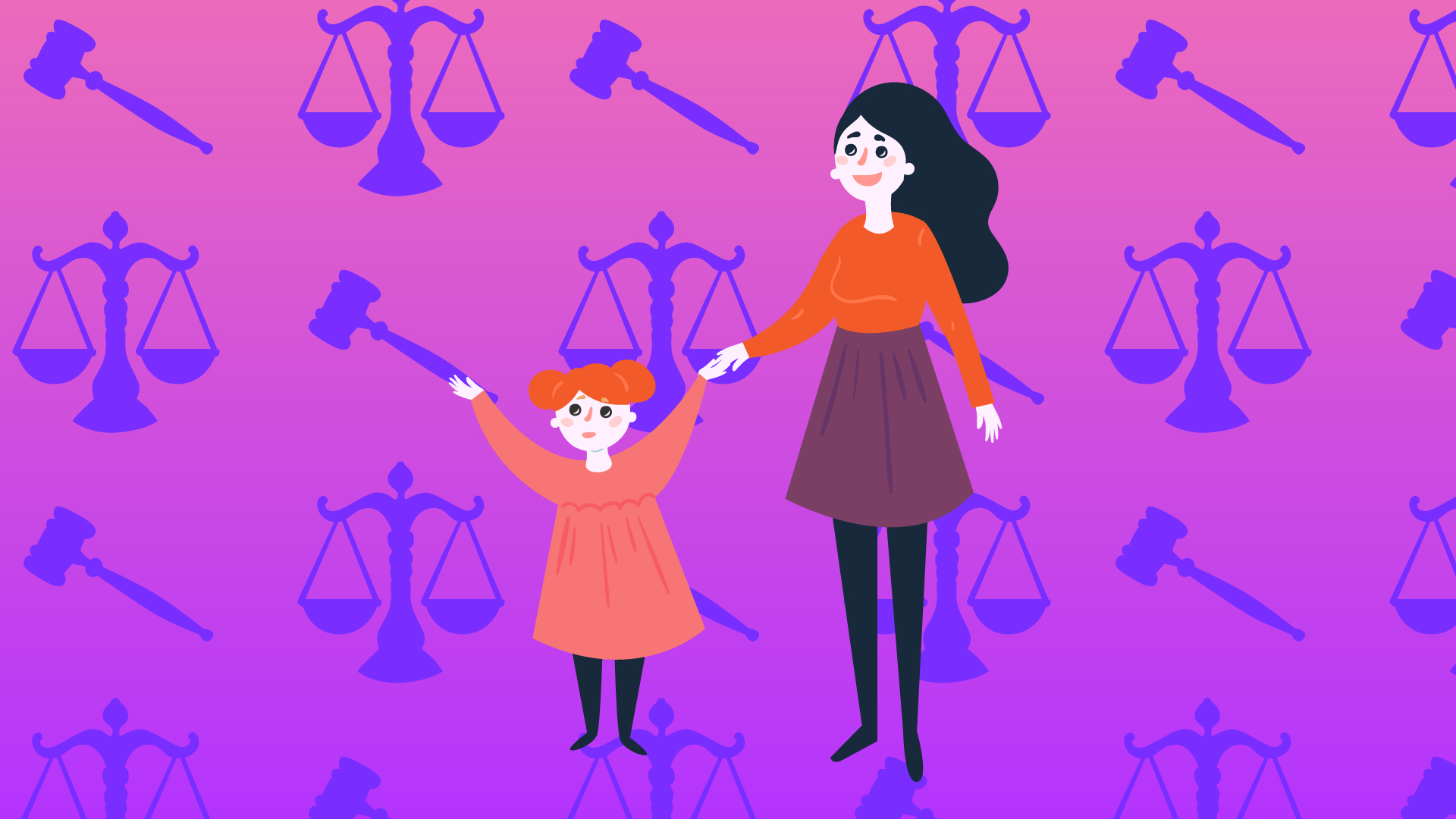 It pays to be prepared

Before you even set foot in a lawyer’s office, think about the type of custodial schedule you think will work best for your family. Greenblatt suggests looking at different sample schedules online and speaking to friends and family, while bearing in mind that every family has different issues, needs and special circumstances. “Custody is a fact-specific determination, so be prepared to discuss many types of details with your lawyer,” she says. “For example, does one parent work overnights or leave for work too early in the mornings to have weekday overnights? Does one parent travel frequently for work so that there will need to be make-up time provisions?”

Child support is for the kids

It sounds obvious, but it’s important to remember that child support is not about two dueling parents, says Dori Shwirtz, mediator and divorce coach at Divorce Harmony. “Child support shouldn’t make the party giving or receiving it feel like they can use it for revenge or any other negative means; it should be looked at solely through the lens of what is necessary to help with the upkeep of the child,” Shwirtz tells SheKnows.

When the court makes an order for child support, it remains in place until the circumstances of either party change materially. So you should avoid the temptation to agree to something that’s less than ideal simply to bring court proceedings to an end. “That may provide the temporary pleasure of ending litigation sooner, but you won’t be able to change the arrangement unless something significant happens, such as one of the parents getting a new job, moving, getting remarried, etc.,” says Simeone.

Child support laws and models vary from state to state, but it’s always based on the expense of raising a child, including basics such as food, clothing and shelter. “Sometimes, child support is a set amount of money that is paid each month, and then other expenses are paid directly on top of that, such as childcare and medical insurance,” says Greenblatt.

The duration of child support also varies. Some states require child support until the child turns age 18; others, such as New York, go as far as age 21.

Court isn’t the only option

You don’t have to endure months (or years) of court proceedings to do what’s best for your kids. There are many alternatives for resolving parenting issues outside of court. “These days, more and more parents are choosing to sit down with a mediator to determine a parenting plan that works best for their family and to settle the matters of support,” Susan Guthrie, family law attorney and co-founder of Breaking Free Mediation, tells SheKnows. “In making decisions together in a cooperative fashion, parents set up a new paradigm of cooperative compromise and communication, which helps them to co-parent beyond the divorce or separation.”

Whatever your circumstances are, one thing is clear: The less conflict during court proceedings (and in your life in general), the better. And that’s not just for your own sake and sanity: “Any opportunity to reduce or avoid conflict should be explored by parents because in the end, it is the level of conflict between their parents that is a predictor of problems for children later in life,” says Guthrie. “Any steps that can be taken to avoid that conflict is truly what is in the best interests of the children.”