My mom is 65, but she still sings Motown classics like a teenager as she works at her sewing machine.

“You know you like my singing!” she yells at me when I tease her for being off-key (she can’t see me smiling). My mother put her art career on hold to raise her family — and later, to help me fight a brain tumor that I had never expected. Now, I am listening to the sound of her chasing her dreams — for the first time in years.

Well before Paducah, KY became a mecca for fiber artists, my mother converted her master bedroom into a ceramics studio. Every inch of our home bore the distinct aroma of clay and paint. To me, even Mom’s hugs smelled like art. I watched people file into our home to paint and gossip. The studio moved from one room in our house to another, and then to a small co-op on Broadway — and then closed when my mother had to return to work.

Like most artists, she dreamed of studying in New York. Our family profession was teaching, so my grandmother sent her to Fisk University, where art icons such as David Driscoll, Aaron Douglas and Gordon Parks inspired her to add depth and color to America’s canvas. After graduation, my mother raced to Atlanta to enroll in design school; she was finally free to create.

But within months, she became a mother and wife. As her new husband ripped through the streets of Atlanta, Mom sat in her apartment with a newborn daughter. There would be no time for art now. Soon, her family helped her pack every hope she had for the city into a U-Haul; it was time to go back to Kentucky.

My mother made my childhood beautiful. My clothes were impeccably Mom-made, and every kid science project she helped me create was over-the-top. I was happy to be her helper; my little fingers carefully wrapped and bagged her ceramics and crafts at art fairs. My mother was an artist who had begun her Master’s Degree — and who was now working in a craft store. I knew that as long as she stayed in Kentucky, a cashier clerk was all she’d ever be. That’s why 10 years after she left Atlanta, my mother re-loaded her daughter and her belongings into her AMC Hornet to go back and give the city another try.

In Atlanta, Mom’s work days stretched longer. The stack of bills grew, and so did her little girl. She started going to fewer art fairs — and then none at all. Maybe because she felt her dreams were taking up too much space, she quietly packed up her art supplies. On a trip to a museum for a high school book report, I noticed my mother standing in the corner, staring at a painting. “I used to go to school with him,” she whispered of the artist.

I knew my mother could paint that. Or even better. I knew my mother had sacrificed that part of herself — her creativity, her dreams — so that she and I could survive. As she stared at her classmate’s painting, I wondered if circumstances outside my control would force me, too, to abandon my dreams — the dreams my mother had instilled in me.

I grew into a woman. I gripped to my dreams, hoping my success would clear the path for my mother’s own goals to return. For a while, in our separate cities, we were the mother and daughter in the studio again — me writing, Mom creating. Then, I found out I had a brain tumor.

My mother was right by my side again, and together we railed against my uncertain diagnosis. As one year of living with a brain tumor turned into 13, the pain engulfed me. I began lashing out at my mother — and she, in turn, blanketed me in a suffocating silence. We were both back in Kentucky by then. Barely a trace of either of our dreams remained. 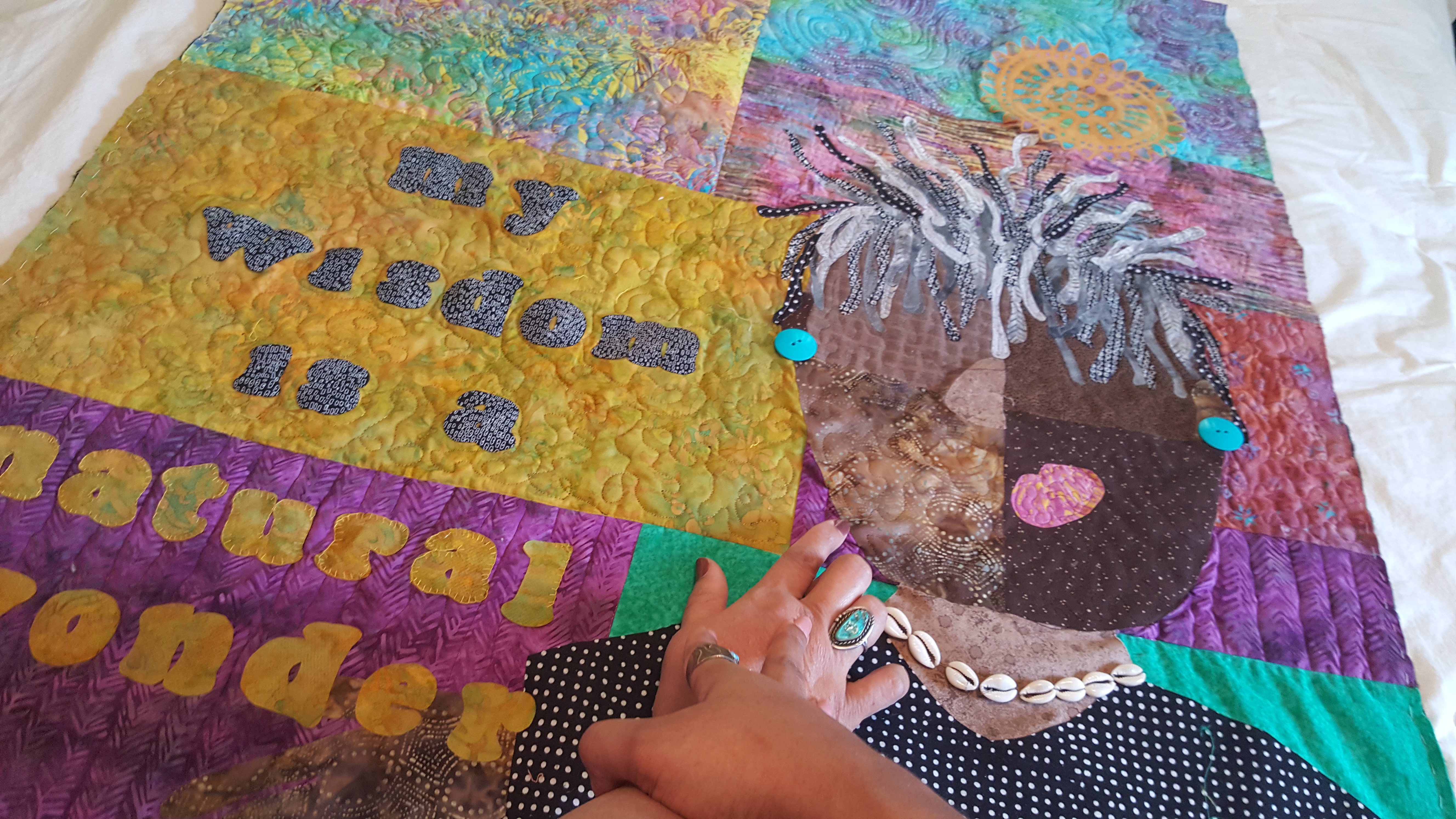 But then, that night when I suddenly heard my mom sewing again — sewing and singing — my mind traveled back in time to the ceramics studio that used to be the focus of our home. I realized: My mom is never going to stop trying. She’ll never stop fighting. And perhaps most importantly, she’ll never stop creating or dreaming. And neither should I.

“Come here for a minute,” Mom calls, bringing her song and the sound of the sewing to a close. She shows me her work in progress: a beautiful wall hanging of a brown-skinned woman with curly hair.

“What kind of poetic saying can you write to go here?” she asks me, pointing to an open space. And here I am, eight years old again, her assistant once more. Mom and I look at the woman stitched together and I tell her what to write — what to sew. And slowly, we start piecing our dreams together again.

A version of this story was originally published in February 2019.

Coronavirus Is Bringing Out the Mom-Shamers — But What’s Actually Safe?

Laura Prepon Shares Her Mom Essentials, Including Wearing a Burp Cloth as a Shirt