When it all goes to plan, breastfeeding can be an amazing experience. But when it doesn’t, it can be soul-destroying. I’ve been there. When my daughter was 3 weeks old, breastfeeding took an unexpected — and very painful — turn: I got mastitis, and then thrush. And I’m a person who considers myself to be pretty knowledgeable about breastfeeding; I’d nursed my older kids with absolutely no issues. But it turns out I only knew the good stuff: the warm, cozy bonding stuff. I had no idea how painful breastfeeding could be, nor how to treat that pain.

Everyone talks about the benefits of breastfeeding, but not so much about what can go wrong. The first and most important thing to know is that breastfeeding should not be painful. It’s normal to experience discomfort or even minor pain — bearing in mind that everyone’s pain threshold is different — for the first 30 seconds or so after your baby latches on, but this should subside quickly. If pain persists during feeding, these are the most common culprits.

“Painful latching and sore nipples are the most common early breastfeeding problem and the No. 1 reason new moms struggle to continue to breastfeeding,” registered nurse and lactation consultant DeeDee Franke tells SheKnows.

So, how do you know if the latch is wrong? According to pediatric hospitalist Dr. Fatema Jafri, these are the main signs to look out for (besides pain during a feed):

Damage may be caused by a shallow latch, says Jafri, which means the baby’s lips pinch inward when they should flange outward during feeding. Other possible causes of a poor latch include: unusual infant anatomy (such as a tongue tie or lip tie, an unusual palate shape, a receding chin or a short tongue); strong suckling; jaw clamping or clenching; or unusual nipple anatomy (such as very long, very large, inverted or flat nipples).

It’s important to fix a poor latch as quickly as possible, as it can lead to poor milk transfer (meaning Baby doesn’t get enough nutrition) and, of course, further pain and damage to the nipple and areola. It’s a good idea to seek help from a lactation consultant to rule out anatomical variations in the nipple or the baby, but if you think it’s a latch technique issue, Jafri recommends the following:

Most moms have heard of the dreaded mastitis (and probably don’t want to think about it too much). Basically, this is inflammation of the breast tissue, which can occur if milk isn’t sufficiently removed from the breast in a timely manner, explains Jafri. In some cases, an injury to the nipple, typically from a poor latch, can allow bacteria to enter the breast. According to Jafri, the main symptoms are:

Continuing to breastfeed will likely be the last thing you want to do when you have mastitis, but Jafri does recommend it because sudden weaning can lead to a breast abscess. “Feed your baby on demand to prevent engorgement,” she says. “Ask your doctor for antibiotics and painkillers, apply warm compresses to your breasts and massage them regularly.”

If your baby is unwilling or unable to feed well on your affected breast, try to pump to prevent engorgement and maintain your supply. This is also recommended if it’s simply too painful to feed. Remember: You need to look after yourself as well as Baby. Don’t forget to rest as much as you can, and drink plenty of fluids. 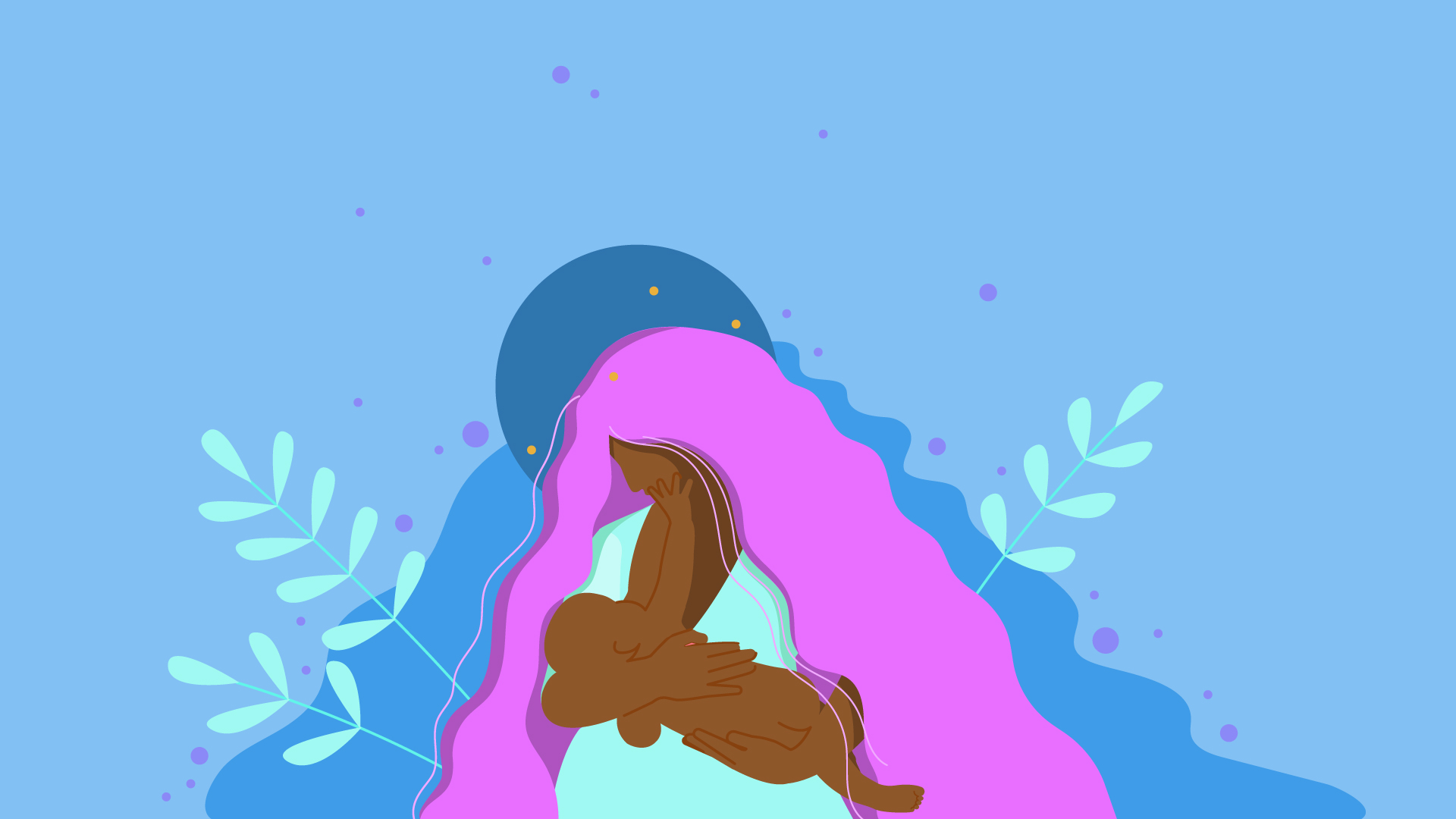 Another postpartum nasty breastfeeding moms have to contend with is thrush (candidiasis), a fungus that thrives on milk on the nipples, in the milk ducts and in the baby’s mouth. As well as shooting pains in the breast during and after feeding that doesn’t improve with better latch and positioning, the most common symptoms are:

“The most effective treatment for breastfeeding thrush is an antifungal treatment for both the mom and the baby, such as nystatin or fluconazole,” says Jafri. Again, she recommends continuing to breastfeed provided your baby is being treated for thrush, whether or not they have any visible signs of an oral infection. Plus, make sure you properly clean all bottle nipples, pacifiers and toy parts that may have been in contact with your baby’s mouth and all pump parts that have been in contact with your breast or milk.

The problem with vasospasm is that some of its symptoms overlap with both mastitis and thrush. This condition is characterized by shooting or throbbing pains, which may occur deep in the breast and persist despite improved latch and positioning. Additionally, the nipple can look white in color after breastfeeding or turn from white to blue to red. “Vasospasm is caused by the sudden constriction of a blood vessel in the nipple,” explains Jafri. “It is often triggered or worsened by cold, so apply warm compresses or a heating pad after feeding.” She recommends asking your doctor for a low dose of oral nifedipine, which should quickly ease the pain.

Breastfeeding pain can really take its toll. Aside from the inevitable physical strain, it makes a naturally all-consuming practice even more exhausting and stressful — and breastfeeding can even trigger anxiety and depression. The good news: Help is out there. You don’t have to put up with pain. (Yes, you’re a superhero, but even superheroes need to get treatment for their battle wounds… or ask other superheroes for help.)

“My first advice to any mom who is experiencing nipple pain, whether that’s through latching issues or not, is that she should seek out a board-certified lactation consultant to assess the cause of this problem,” says lactation consultant Franke. “Nipple pain could be from the mom, the baby or both.”

Many birthing hospitals have lactation consultants on staff or can at least point you in the right direction. Other birthing hospitals have new parent or breastfeeding support groups, where you can discuss all kinds of breastfeeding problems and have your latch and positioning assessed. “If you’re in pain, it’s important to get a proper visual breast and nipple assessment, baby assessment and latch assessment, otherwise the problem may not be resolved, which can be really frustrating for the mom,” says Franke.

To find a lactation consultant in your area, visit the International Lactation Consultant Association website.

3 mins ago
by Sydni Ellis

10 mins ago
by Alyssa K. Davis

Jennifer Lopez & Ben Affleck Get Cozy, Merry, & Bright With Their Kids Ahead of the Holidays