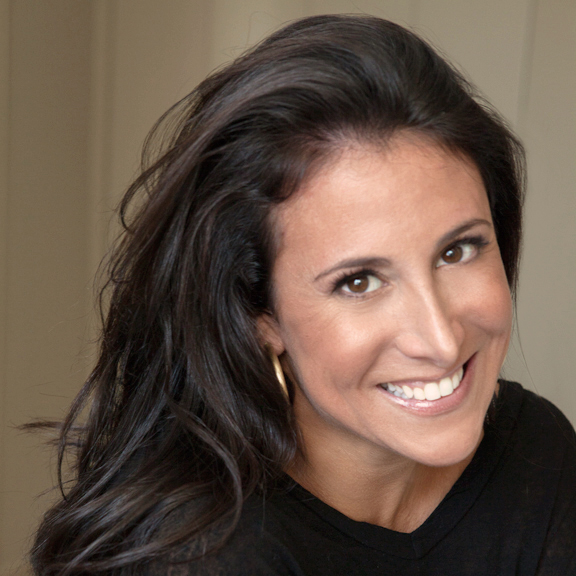 When I fell in love with a man who was divorced with two kids, I thought, “I’ve got this.” At that time, I had been single and dating in New York City for a while, and anyone who has experienced that level of competition knows that other challenges in life pale in comparison. But it’s all been much harder — and much more fulfilling — than I anticipated. It’s also been a hell of a lot more unexpected.

Here are just three of the most surprising things about being a stepmom that I’ve learned so far.

When I see his ex, I’m going to think about the fact that they had sex (at least twice)

So we met for coffee. It was a very emotional encounter for both of us. She was grateful I had insisted on a meeting. I had felt it was the right thing to do since I was going to spend significant time with her children. You have to get to know someone who will be spending time with your children, right? If only to confirm they’re not a drug addict or a criminal?

We covered many topics that day, ranging from her goals for her children to her unwavering respect for Jason. These were deep and important topics. And yet my mind kept going back to: “This woman knows what my husband looks like naked.” For most committed relationships, people’s past is just that: the past. But when you marry someone who continues to co-parent with their ex, you are reminded of their past on a daily basis.

Jason and I were recently in New York, where I was living before we got together, and while walking up Park Avenue, we ran into not one but two of my exes on the street within the span of an hour. (Yes, I am aware that the statistics of this kind of occurrence paint a rather promiscuous picture, but in my defense, while he was busy being married, I was busy, well, getting busy.) As we walked past the second guy, I saw Jason’s jaw tighten as he muttered, “What went on while you were living here?!”

Luckily for him, he doesn’t have to know what went on in my past or even think about it.

Having a child of our own actually made our life less complicated, not more

From the beginning of our relationship, Jason knew I dreamed of becoming a mother. Even as every romantic relationship that failed and with every warning from my gynecologist about the fragility of my fertility, I held fast in my belief that my life would include having a child.

For some, stepping into the role of stepmother fulfills that dream. I was not one of those.

I was under the false impression that since it had taken me so long to find Jason and as I inched closer to 40, getting pregnant would be a long, excruciating and likely expensive process. Perhaps my gynecologist also should have included a disclaimer that I could also still be rather fertile at my age and I should be ready for that outcome as well. A few weeks after we returned home from our honeymoon, I discovered I was pregnant.

We were both overjoyed, but we were plagued by fears of what this would mean to Jake and Ava. Would they be resentful of us? How were we going to make each child feel equally loved? One advantage a stepparent has in advance of having biological children of their own is you already know what kind of parent your partner is. But what kind of siblings would Jake and Ava be to our new baby?

When Lucy Blair arrived, our life became anything but complicated. Exhausting but simple in our love for her and our love and support for each other.  One of Ava’s friends once asked her about her “half sister,” and she snapped, “She’s my sister. There’s nothing half about it.”

Stepparents-to-be will always wonder (whether they cop to it or not) what the custody arrangement is as they are trying to work through in their own minds what they are willing to put up with. They are silently calculating how many years the kids will be living part of the time under their roof before they go off to college.

We have custody of Ava, now age 9, and Jake, age 13, half of the time. In the beginning, I will admit that I cherished the time I had alone with my husband. After all, we never experienced the blissful state of being newlyweds, when it’s only the two of you and your love for each other. At times, the guilt caused by my wanting my husband all to myself felt all-consuming.

A wise therapist told me, “One thing is constant in blended families, and that is that everything is always changing.”  Her Buddhist-inspired outlook proved to be both a comforting mantra I repeated to myself as well as a poignant truth about parenting in general.

Lucy Blair, now 2 years old, often asks where her brother and sister, Jake and Ava are. Half the time, I happily tell her they will be waiting for her at home after school. On other days, I feel my throat catch as I struggle to explain to her already inquiring mind that they are at their mommy’s house. “Soon” is a concept she cannot yet grasp.

In the early days of my marriage, I never could have imagined a day when I would spend my “days off” from my step-kids wondering how their day was and worrying about how they did on their tests at school.

But that’s the thing about life and relationships: You can always be surprised.