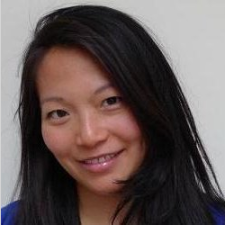 Getting fired is never an easy pill to swallow. But add being pregnant on top, and you’ve got a recipe for outright panic. That situation is exactly what happened when I was working as an executive at a major publishing company and my CEO was fired. Shortly after, I lost my job too as part of that management shake-up. I hadn’t disclosed my early pregnancy to friends and family yet, much less to my employer. So while I’m sure my pregnancy wasn’t the reason for my termination, it definitely played a large role in how I personally experienced this massive change.

I learned a lot from losing my job and looking for a new one while two months pregnant — including how to manage stress and network like I’d never networked before. But here are four other lessons that have stuck with me.

1.  You find unexpected strength in your darkest moments

After being fired from a job I’d worked so hard for and coming out on the other side alive, I realized I could do anything. Losing my job wasn’t the end of the world. The sun still rose the next morning, and I still had a life to live. Even more, I had another life on the way that I needed to support. And I did.

There’s something about tough times that builds resilience. I knew I couldn’t give up, so I didn’t. And now, it’s easier for me to tackle any challenge that comes my way — large or small — because I know I can make it through tough times.

2. True friends & family will be supportive

When I lost my job, many of my close friends and family didn’t know I was pregnant. But when I disclosed the full scenario, the people who truly cared about me were more than willing to lend a hand.

It can be so hard to ask for help, but realizing I had so many people who were willing to vouch for me changed my entire worldview. I learned that relationships are meant to be give-and-take and that there’s no shame in reaching out to those you love for support (as long as you’re willing to return the favor when your time comes around). My friends, family and former colleagues supported me in my job search. And eventually, they supported me when I decided to start my own company.

Generally, our society sees getting fired as the worst-case scenario for our careers. We see it as proof of failure or a disruption in our life’s plan. And trust me, I’ve generally been the type of person who liked having a plan. But when I was fired, I learned life is not about always having control. And sometimes, what you consider the “worst-case scenario” isn’t actually as bad as you imagine it will be.

Yes, I lost my job when I especially needed it to support the family I was growing. It definitely was an overwhelming experience. But I didn’t die. And I found another job that has turned out to be the best job I’ve ever had. Although I worked hard at my last job and believed in my work, I was fundamentally trying to turn around a product and business line on the wrong side of history. And sometimes, you have to realize that getting fired is just the consequence of taking a big career risk. Often, women find themselves on the glass cliff — they’re put into leadership roles when the chance of failure is highest and they accept because, well, when else will they get that kind of role? Failure in these circumstances should be celebrated; you put it all on the line.

Ultimately, getting fired happens to many people over the course of their career. It’s not proof of personal moral failure. And neither is not having a perfectly linear career. Being fired taught me a lot of life lessons — bringing into clear focus the specific workplace experiences women uniquely face, about the job search, about finances and about myself and my risk-tolerance levels — and ultimately brought me to create something I’m even more passionate about.

4. You may even feel inspired

Being fired was a big aha moment in terms of my coming to grips with my own identity. Interviewing while two months pregnant (and hiding it) was the first experience in my career when I couldn’t deny that as a woman, I do have different professional experiences that could negatively affect my job search than men. I needed to know that whatever job I took would allow me to rise through the ranks to become the executive I wanted to be despite also being a mother. But it was almost impossible to get information on how employers really treat female employees. I knew women required (and deserved) better. That inspired me to found Fairygodboss, the largest career community for women, with Romy Newman.

In 2015, Fairygodboss began as crowdsourced job review site for women, by women. And over the last three years, it has evolved to be the largest career community for women. I never would’ve realized this gap in the market — or this gap in society — had I not been fired. The difficult emotions and tough conversations I tackled led me to build this product, lead a company and learn more about myself than had everything gone smoothly.