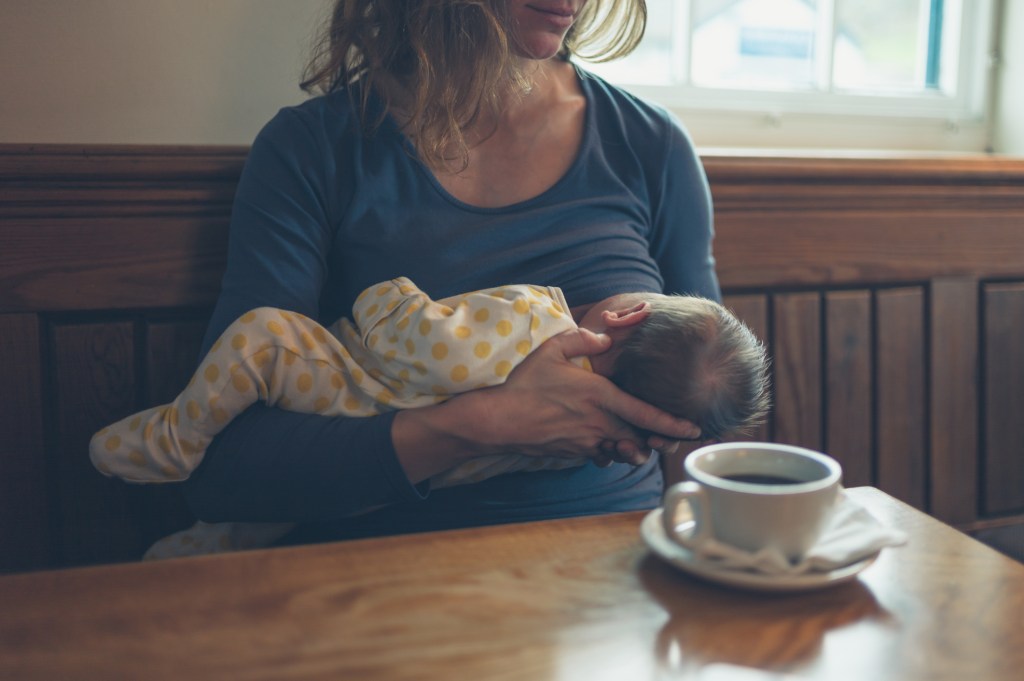 I love Christmas, and I always have. When I was little, the magic of Santa captivated me. I remember being amazed that some 6-foot-tall man could sneak into my house with a bag of presents… and in a house without a chimney?! When I was a teenager, I loved decorating and gift-giving. In fact, I still do. And today, I love seeing the day through my daughter’s eyes.

For a few hours, everything is uncomplicated. Life is full of innocence, optimism and joy.

But the day is not without its problems. These days, my Christmas is marred by sadness and absence, and the day is encompassed by an overwhelming sense of loss — because my mother is not a part of my family, or our annual holiday tradition. Despite the fact that she is alive, she does not sit in my living room, or even see our Christmas tree.

Our difficulties started 20 years ago, when I became a preteen and my mother a widow. My father — who was a ball of energy, laughter and life — died suddenly at the age of 39, and everything in our house shifted — I became angry and my mother withdrawn.

Of course, these years are tough for most. The parent-teen relationship is a strained one for many. But when my mother slipped into a major depressive episode — when she stopped parenting and started simply existing — things became impossible.

At 12, I became the family cook, my brother’s caretaker, and the keeper of our house.

This created a great deal of resentment. And we spent the next six years communicating at only the most basic level — which is to say we fought. A lot.

But when I graduated high school and moved out, things got easier. Our relationship got a little better. But my mother never recovered. She never went to a doctor or a grief counselor. She never sought therapy, and her untreated mental illness continued to grow until it consumed her — every day, every minute and every second of her life. Eventually, my mother shut down and shut everyone out.

Due to her illness, she lost her job and her family. Soon, she may lose her home.

That said, I should be clear: It wasn’t her choice to sever ties. It was mine. I take responsibility for that decision and carry it with me every day — with shame, sadness and (yes) guilt — because as her daughter, I want to help her. I want to save her. I feel an obligation to “fix” and “rescue” her or to at least stand by her no matter what. But I can’t. For my sanity, I can’t. And while I know that sounds harsh, cruel even, the situation is complex.

My mother, to put it mildly, is a sick and toxic human being — one who is not capable of loving or mothering anyone, not even herself.

Of course, if I’m being completely honest, I am not totally estranged from my mother. I still see her once (or twice) a year and we exchange pleasantries, carrying on conversations about politics, the weather or what’s on TV. But I have established strict boundaries. Our meetings are timed and planned and never, ever alone. As such, we have no real relationship, nor does she have one with my daughter — my mother has never come to visit my daughter, she has never babysat my daughter, and they have never baked cookies together. They have never snuggled in bed together or told ghost stories late into the night. And that hurts.

As sick as she may be, it fucking hurts.

I grieve her absence every single day.

That said, in spite of it all, I know ending our relationship was in my best interest. I am healthier and happier without her, as are many adult children who, like me, have endured psychological, emotional and/or physical neglect or abuse. (And yes, what I endured throughout my teenage years was, in fact, abuse, but that is a story for another day.) For now, I’m just working through it all.

I take each missed milestone, birthday, celebration and holiday as it comes — full of joy, guilt, love, appreciation, sadness and an unbearable sense that I am alone.