The 2018 midterm elections are quickly approaching (mark your calendars for Nov. 6!), and the results could have a significant, long-lasting impact on health care, climate change, immigration, women’s rights and LGBTQ rights. Because of this, record numbers of women have put their names on the ballot, including New York attorney general candidate Zephyr Teachout, who is nine months pregnant with her first child and due any day. 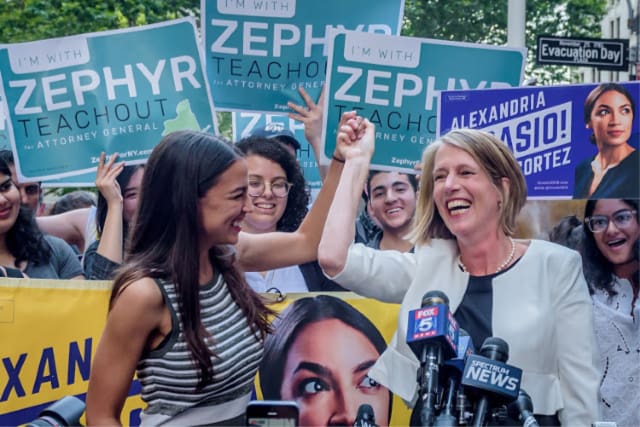 Teachout, a progressive candidate who’s been embraced by other left-leaning New Yorkers, such as Alexandria Ocasio-Cortez and Cynthia Nixon, openly admits she never thought she’d run for office while pregnant, especially at 46. And while she wouldn’t have it any other way, she also doesn’t want her pregnancy to define who she is as a candidate.

More: 6 People Running for Office Who Have Big Plans for Women’s Health

Unfortunately, so many people can’t seem to see past her pregnant belly, something Teachout attributes to outdated cultural norms. “I think it shows, for so long, an unspoken rule that people don’t run while pregnant,” she told Time. “Which certainly has been broken [before], but not very often.”

She’s right; there aren’t many pregnant women in the history of the United States who have braved the campaign trail. The notion of a pregnant woman running for office didn’t even seriously surface until 1994, when Judi Dutcher ran for Minnesota state auditor as a Republican. Her constituents didn’t seem to think she struggled balancing her job with her parenting duties because they overwhelmingly voted to keep her in office in 1998 according to the resource database Our Campaigns. Dutcher would later go on to give Minnesota another shock when she announced her switch to the Democratic Party in 2000 citing her stances on abortion, gun control and LGBTQ rights as the main reasons. 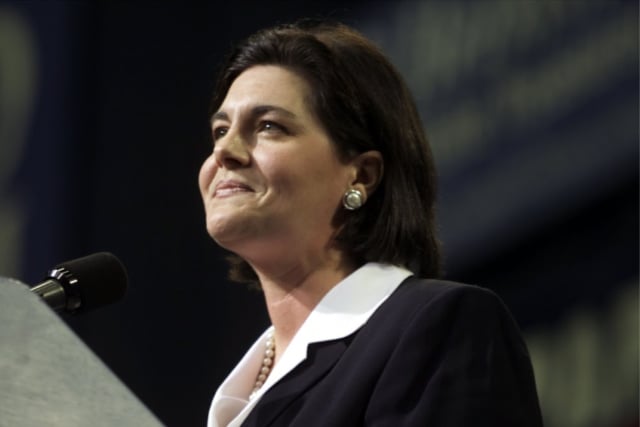 The U.S. didn’t see another pregnant candidate until 1998, when Jane Swift, who was 15 weeks pregnant, announced her candidacy for lieutenant governor alongside Republican A. Paul Cellucci in Massachusetts. Like Teachout, Swift quickly grew tired of all the attention her pregnancy, rather than her policy views, received.

“I knew it would be a story. I knew people would be interested,” Swift told the New York Times in 1998. “I did not expect we would be getting involved in a debate as to whether or not women should work when they have children. Even if we’re going to focus on the pregnancy, I wish we could shift the debate to, ‘What, then, do Jane Swift and Paul Cellucci think they can do on daycare and creating more opportunities for flextime and meaningful part-time work? But we really haven’t gotten there yet.”

Swift and Cellucci ultimately won, and when Cellucci stepped down from his position to work in the George W. Bush White House in 2001, according to ABC News, Swift became a woman of many firsts: the youngest governor in the U.S., the first woman governor in Massachusetts and the first governor to give birth while in office. Surely, after seeing her accomplishments, the nation would realize that all parents — not just fathers — were worthy of playing an active role in democracy, right? No such luck.

The next surge of pregnant candidates didn’t take place until earlier this decade. According to The Daily Beast, between 2011 and 2013, four pregnant women — Raquel Batista, Shemia Fagan, Sheila Calko and Mande Wilkes — ran for federal and state office. The women’s experiences were as diverse as their policy views. Opponents attacked Batista, who ran for New York City Council, for being a pregnant single mother and questioned her ability to juggle parenting and politics. Fagan and Calko were praised by their more liberal bases for their ambition and drive. Wilkes, a Republican, ultimately dropped out of the race before the primary and later wrote an article titled, “Four Reasons Why Voting Is for Suckers.” (If I may insert my personal opinion, the piece is trash, and voting is excellent.)

More: You Need to Know These Moms Who Are Running for Office 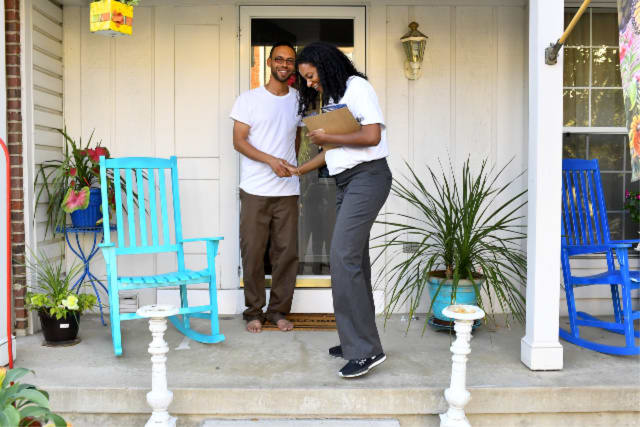 Despite their differences, these women inspired the next generation of pregnant political hopefuls, including Teachout and Jennifer Carroll Foy, who ran for the Virginia House of Delegates while pregnant with twins. Foy gave birth to her sons in 2017, a few months before the election and months before their due date. Because of their condition, the babies were hospitalized throughout the remainder of her campaign. Though it was tough to split her time between the campaign and the hospital, Foy never gave up on her dream and was elected last November.

Women from all over the political spectrum are starting to realize that it’s possible to be both a mother and an elected official. According to the Center for American Women and Politics, 53 women filed to run for U.S. Senate, 476 filed to run for the House, and 61 registered to run for governor for the 2018 election. Hundreds of other women ran for other federal and state offices, making this one of the most exciting years for women on the ballot. Among these women was Kathy Tran, a former refugee from Vietnam who announced her intention to run for a position in the Virginia House of Delegates weeks after giving birth to her fourth child.

Teachout is confident this trend will continue. “We’re on the verge of a big change here,” she told Time. “If women are going to be running their 30s and 40s, they’re going to be running pregnant. You can’t change that.” Though the nation may be politically divided, one thing we can all (hopefully) agree on is that there’s never been a better time for women to rise to power.