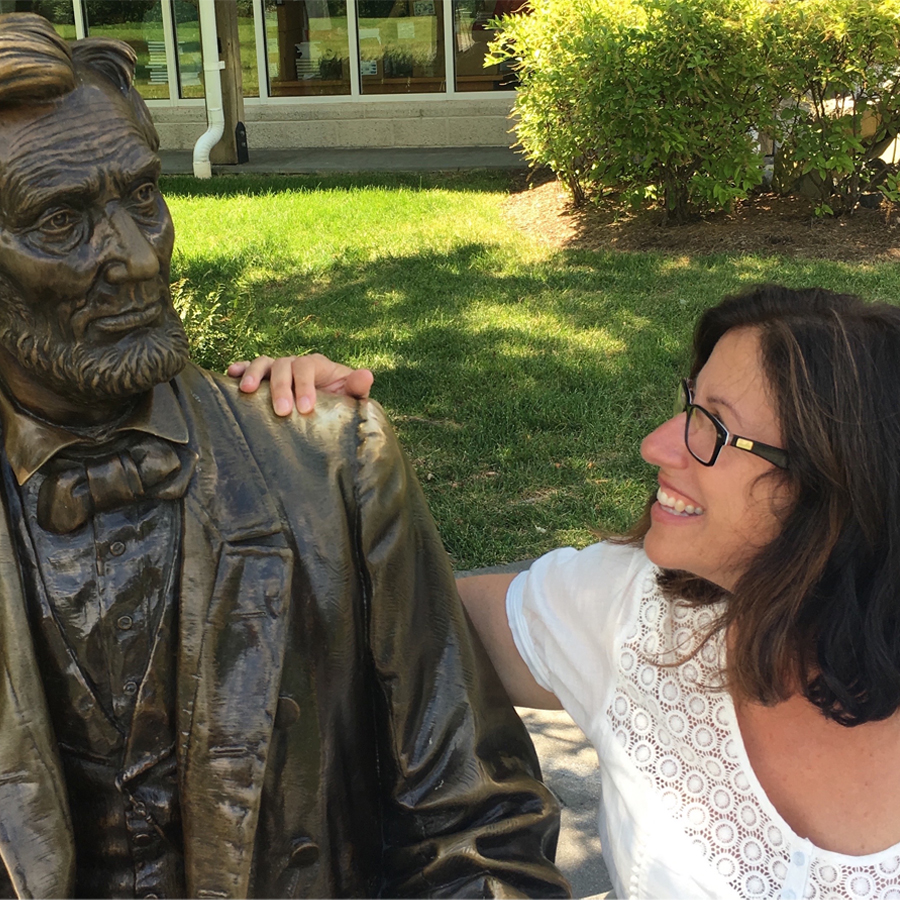 “Think of your son,” Donald Trump said this week as he defended Supreme Court nominee Brett Kavanaugh, who has been accused of sexual assault — and continued to mock Christine Blasey Ford‘s brave and historic testimony.

How can I not think of my son? I’ll never stop thinking of him. I think of him and his future self as a high school student, a college student and as a grown man in the United States. I think of him and 12-year-old boys just like him all over the country, and I hope against hope that they will all grow up in a country that respects women, women’s bodies and their voices more than any other generation before them.

More: What is the “Bystander Effect”? Kids Explain How it Harms

My son looks very much like the two boys who were dressed in suits and ties standing behind Trump at the rally in Mississippi as he mocked Christine Blasey-Ford. But unlike those boys, my son will never see his parents laugh and clap for a man who mocks and disrespects a survivor of sexual assault.

The mere fact that the president of the United States gave that sermon in front of children — and received uproarious applause from their mothers and fathers — has me thinking of my son’s future with nervous angst. I am more worried for him now than ever before. Not because Donald Trump thinks, “It’s a very scary time for young men in America,” but because my son is going through the confusion of puberty at the same time the most powerful man in the free world mocks the psychological effects of sexual assault — and never mentions the epidemic of youth survivors in our country.

I pull up the facts again on the National Sexual Violence Resource Center website and pray the numbers have changed since last year, but they have not; in fact, they have only increased. According to NSVRC, if you’re a teenage girl, you have a 1 in 4 chance of being sexually assaulted by the time you’re 18. And according to the Rape, Abuse & Incest National Network, now the largest anti-sexual violence organization in the nation, females ages 16 to 19 are four times more likely than the general population to experience rape, attempted rape or sexual assault. Then, there’s that blinking red light coming from RAINN’s website, which reads: Every 98 seconds another American experiences sexual assault.

More: 7 YA Books to Start the Conversation About Sexual Assault

So why doesn’t Trump cite these statistics at political rallies — or anywhere else for that matter? Why won’t this American president advocate for awareness to reduce the number of sexual assault victims in our country, especially on college campuses and among youth who are the highest demographic at risk? He too has an adolescent son, doesn’t he?

Could it be that he doesn’t want to remind his son or his family or the public of the 22 women who’ve made allegations of sexual assault and misconduct against him? That’s 22 credible allegations that include groping and rape.

I can’t help but wonder if those boys in Mississippi dressed in their Sunday best know that their president called each one of those 22 women liars. Have their parents ever bothered to tell them what the president they admire so much said about 22 women?

“Every woman lied when they came forward to hurt my campaign,” Trump said at a 2016 rally as the Republican nominee. “Total fabrication. The events never happened. Never. All of these liars will be sued after the election is over.” He said this, yet he never sued anyone.

So why in the world didn’t President Trump sue any of these “lying” women? Maybe it had something to do with hearing his own voice on the Access Hollywood tape bragging to Billy Bush about what he’d done and can do to women because of his “star power.” Maybe it’s also because Billy Bush might just testify against him? Billy Bush admitted his wrongdoing, telling Vanity Fair in January, “There is a term for what I did,” Bush said. “It’s called bystander abuse. It says by not doing anything you are endorsing the moment. I have to live with that.”

More: What to Do if You or Someone You Know Has Been Sexually Assaulted

Are the parents in Mississippi and all those who applauded Donald Trump also guilty of bystander abuse because they laughed just like Billy Bush did when they heard the president of the United States ridicule a woman who survived sexual assault at the age of 15? The court of public opinion will decide — this much is certain — and all Americans have to now live with the knowledge that our 45th president mocked and ridiculed a survivor of sexual assault.

While Trump may shamefully try to paint Ford as a liar to save himself and his Supreme Court nominee, I tell my adolescent son that Trump will never be able to take away Ford’s composure, her authenticity and her willingness to tell the truth about the man who assaulted her. I want my 12-year-old boy to never forget Christine Blasey Ford’s name and her courage to name her attacker despite all she’s endured in doing so, because in the five minutes it took to read this piece, five more people in the United States have been sexually assaulted. The odds are strong they were children.

34 mins ago
by Thea Glassman