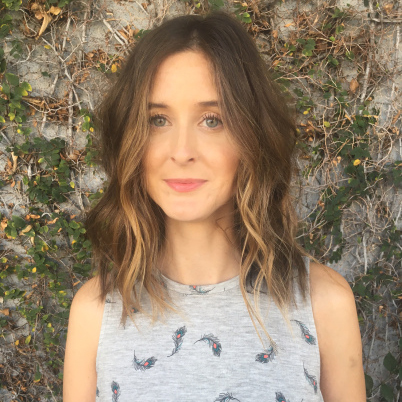 It’s starting to feel like everything old is new again. And from brown lipstick to platform sneakers to Full House, the ‘90s are alive and well on runways, on the shelves of Sephora and even (still) on our TVs. So why not mine this glorious decade for baby name ideas as well? There are some real gems from beloved ‘90s shows, movies and music just waiting to help your little one stand out in a sea of Emmas and Liams. After all, if Sabrina the Teenage Witch and Murphy Brown are worthy of reboots, then so are these totally rad ‘90s pop culture-inspired names.

Alanis: If Jagged Little Pill provided the soundtrack to your adolescence (guilty), then consider a baby name that pays tribute to the Canadian musician. (And you also oughta know that the name also means “handsome” and “cheerful.”)

Brandy: Whether she was starring as Moesha, crooning with Monica (in what remains the best karaoke duet song ever — don’t @ me) or inhabiting Cinderella’s glass slippers, triple-threat Brandy Norwood was a pop-culture fixture for ‘90s kids.

Felicity: This name literally means happiness, but to those of us who grew up with the Keri Russell-helmed drama, it also evokes the spirit of following one’s heart (even if Felicity’s decision to follow her crush to college isn’t quite role-model material).

Lelaina: If you’ve revisited Reality Bites as an adult, you may have rightly concluded that Winona Ryder’s Lelaina was kind of the worst (while Janeane Garofalo’s Vickie was kind of the best). Still, you’ve got to admit, the name Lelaina has a nice ring to it.

Naomi: The supermodels that graced ‘90s catwalks can serve up as much baby name inspiration as they did sartorial influence. There’s Tyra, Christy, Claudia and, of course, Cindy — but we’re inclined to believe that Naomi Campbell was the superlative of them all.

Phoebe: Hands down the best Friends had to offer — both in terms of name inspo and beloved characters.

Rayanne: The show may have been about Angela Chase’s so-called life, but if you want to try to impart a totally one-of-a-kind fashion sense (and, OK, a hell of a wild streak) to your babe-to-be, channel Angela’s quirky best friend.

Selena: Before there was Gomez, there was Quintanilla. Though the singer’s time on Earth was all too brief, the impact of her music — and the heart-wrenching J.Lo portrayal — lives on. The lovely name’s not only a sweet tribute to Selena’s legacy, but also means “moon goddess.”

Sidney: Even if you don’t love scary movies, can we agree that the unisex name belonging to Scream’s leading lady is pretty killer?

Tai: Cher’s Clueless sidekick may not have been the brightest bulb, but her heart was always in the right place. Plus, the short-and-sweet androgynous name works for boys too.

More: Short Baby Boy Names for Parents Who Like to Keep It Simple

Arsenio: Want to lay the groundwork for a kid who can make you laugh? Name them after ‘90s late-night king Arsenio Hall. The name is Greek for “manly,” “strong” and “virile” if that’s the vibe you’re going for.

Carlton: Here’s a name as distinct as the signature dance moves and personal style of the Fresh Prince character himself.

Carter: As in the County General doctor we watched save lives for more than a decade. If you’re trying to impart compassion on your little bundle, you could hardly have a better role model.

Dylan: You don’t have to live within the Beverly Hills zip code to appreciate the classic name given to 90210’s brooding heartthrob.

Fox The truth is out there, and it’s that Mulder’s first name makes for a unique, playful and fierce kids moniker.

Jesse: America’s favorite leather vest-wearing, guitar-playing uncle was in possession of both a magnificent head of hair and a timeless name.

Noel: You’re unlikely to look back in anger if you look to Oasis’ lead guitarist for naming inspiration. However, we do not recommend using Liam as a sibling name — unless you want to sow the seeds for a serious rivalry.

Rider: There are so many ‘90s dreamboats to choose from, but we’ve got a soft spot for Rider Strong, aka Shawn from the OG Boy Meets World.

Rivers: Use the name as a nod to the Harvard-educated Weezer frontman or as a tribute to your favorite body of water. (Supposedly, Rivers Cuomo’s mother named the rock star for the two rivers that surround Manhattan, where he was born.)

Xander: Cute on its own or as a nickname for Alexander or Alexandra, Xander connotes the ride-or-die loyalty of one of the most dependable members of Buffy’s Scooby Gang.