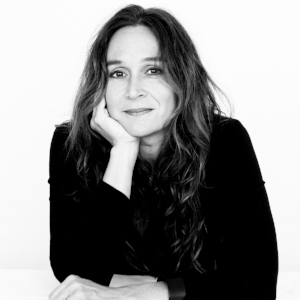 On my daughter’s first day of middle school, which begins with fifth grade where we live, I went to see the movie Eighth Grade. The film focuses on an eighth grader named Kayla Day, played by Elsie Fisher. There were very few seats left in the theater when I arrived, so I absorbed Kayla’s hopes and dreams and fears in all their cringey, pimpled glory from the front row, my posture a deep slouch not unlike a bored middle schooler at her desk.

As I watched, my kid might have been perched in my lap, so present was she in my mind. On one hand, when the girl on the screen googled “things shaped like bananas,” my daughter’s 10 years felt a far cry from Kayla’s 14. At other times, the distance between Kayla’s world and my daughter’s seemed less than that between my sandals and the giant movie screen.

Middle school. For years, those words had been an ominous presence on the horizon, spoken with trepidation in my parental milieu. We’d recently had the puberty chat for the Girl Scout troop. Families who’d crossed this Rubicon in earlier seasons did little to smooth our emotions, their reports mostly to the tune of “Buckle up.” Middle school! Still, sometimes it felt like an awful lot of hand-wringing. Were we all getting a little overexcited about — well, not nothing, but just… middle school?

I read a 2016 study, published in Developmental Psychology, suggesting that the middle school years could in fact present a bigger struggle for some moms than the newborn stage. “[Researchers] discovered that the years surrounding the onset of adolescence are among the most difficult times for mothers,” I read. “During this period of transition, women can feel lonely, empty and dissatisfied with their mothering roles. The researchers also found that compared to mothers of infants, these women experience the lowest levels of maternal happiness and are even more stressed out than new parents.”

Down tumbled my shaky nonchalance. I did what you do then: I shared the article with friends. One mom with college-age kids, perhaps sensing my frayed nerves, pooh-poohed the whole thing. “No way,” she told me; raising littles, for her, had been much more difficult or stressful than shepherding middle-schoolers.

OK, deep breaths, I thought. Maybe she was right. I consoled myself with the idea that with every passing year, my daughter would be increasingly able — if not unfailingly willing — to discuss ideas. She’d discover new books, and I would play for her all the best old bands. I would introduce her to PJ Harvey and Liz Phair, hook her on Bowie and Radiohead. We’d watch TV and movies together. Coffee shop hangs, weekend hikes. Middle school. It would be delightful.

And it would be terrifying. Up until now, the role of mother had seemed to me one of more or less clear-cut requirements and judgment calls. My daughter had always had precious little control. My husband and I, and her teachers in their specific capacities, called the shots, drew the lines. Now, for better and for worse, she possessed a widening gyre of agency. Now she could analyze and decide for herself. Now, she would look more and more to her peers for direction. Those peers teemed, a shadowy and slightly smelly crowd in the hallways of my mind; they smirked and whispered in a fortress afoul with hormones, silly trends and bad pop music earworms. They made garden-variety friend drama at best, waged psychological warfare at worst.

“Ten is just…” a friend of mine said over dinner one day last spring. Her face lit up rapturously.

And yet! Cue gnashing of teeth. Behold the ruthless march of time. My daughter had turned 10 not only just as the elementary school year ended, but right as we finished a long-awaited addition to our home. To clean up the new addition, I had to undertake a long-needed purge of stuff accumulated over nine years. I didn’t want to drag all that stuff, all that past, into the fresh new future.

And so, as I gathered up things to give away, my heart sang that sweet, happy-sad song so familiar to parents everywhere: Goodbye to this stage, hello to a new one.

Goodbye, I thought, with a catch in my throat as I watched a Goodwill worker carry off my daughter’s dress-up clothes bin. Goodbye to “Mooshi,” the ragged purple hippo-shaped bath mitt we’d kept in the bathroom since she was an infant. (Full disclosure: I couldn’t bear to chuck the thing; I stuffed it in a bag and told myself I’d put it in a shadow box and transform it into documentary art, essence of childhood preserved. It’s still in that bag.) Goodbye, I thought, as I toted barely worn dresses outside for a yard sale. No point in keeping them; she had entered a “pants and shorts only, please” phase. Goodbye, I thought, staring at a pile of Kidz Bop CDs.

Oh, please. Tell me I wasn’t made mushy by Kidz Bop.

Meanwhile, Facebook fed me its daily dose of nostalgia: my daughter at 2 and 4 and 7 and 8, her little-kid years greeting me every morning as I drank my coffee. In turn, I fed the beast with new pictures of the fourth-grade “graduate.”

“Your photos are making me weepy,” said a friend with younger children.

Goodbye to the little kid my daughter once was and would never be again.

You could argue that 10 is not that big a hinge point. Twelve might win that contest or even 14 or 18. Perhaps the big turning point, like the movie says, is eighth grade. But for me, parent of just one child, fifth grade feels like a big deal. Ten feels like a big fat fork in the road, one marked by a sign that read, “Abandon ye who go here all sentimental attachment to your child’s childhood.”

Through the summer, the freshly minted 10-year-old and I took walks around the block after dinner. She chattered nonstop. One night, the subject turned to middle school. “I’m not scared,” she said. Her eyes went wide. “You know what I am? I’m curious!”

I almost dropped to the pavement right there. As if felled by a great wave of oxytocin — as if in those old infant-snuggling days. It was all I could want for her: to be unafraid, eager to learn what this much-discussed new phase was all about.

Now, middle school is here, and I still want to soak up the fleeting beauty of 10. Whole number, an age of wholeness. This small person teetering on an edge without being the least bit aware of how much she is teetering or what that edge looks like from a distance of many decades. I want to see it as she does. Right now, she is awesome at everything. Right now, more curious than afraid. Right now, there’s no inner critic. Right now she is so awesome her own awesomeness is awesome. So awesome, even, that her parents should take away her “no TV.”

Yep. Those italics are what happened when I left my laptop unattended one summer morning: The 10-year-old hijacked my essay. Maybe more than any photograph I can tag #ThisIsTen, those words are the very thing.

I’m still wary of what the future holds, but I remind myself all the time that being mom to a 10-year-old is a pretty great gig, one I’ll have but for a blink. And if my poor memory continues not to serve very well at all — I’ve already lost so much of the toddler years — I’d better keep taking notes. No doubt, I’ll be glad to have them. And someday, the 25- or 30- or 45-year-old daughter may need them too. In my line of work, teaching creative writing classes in a community setting, I hear frequently from people who yearn for the wildly creative, brave children they once were. Who among us doesn’t wish to be again the way we were at 10, to possess just one small fragment of that past awesome self?

A version of this story was originally published in August 2018.