Legendary tennis player Serena Williams is a force to be reckoned with, especially as a parent. The seven-time Wimbledon winner recently sat down with Time magazine and recalled an instance when her coach, Patrick Mouratoglou, told her to stop breastfeeding her newborn daughter, Alexis Olympia — so that she could refocus her efforts on tennis.

“It’s absolutely hard to take that from a guy,” she told the magazine. “He’s not a woman. He doesn’t understand that connection, that the best time of the day for me was when I tried to feed her. I’ve spent my whole life making everyone happy, just servicing it seems like everyone. And this is something I wanted to do.”

Imagine for a moment what it’d be like to have the confidence (and overall gall) to tell one of the world’s greatest athletes what to do with her body. (Perhaps you’ll want to hold onto that confidence and channel it into asking for a raise.)

For clarity, a study published in the Canadian Journal of Applied Physiology in 2001 found that moderate exercise does not negatively impact milk production or quality. As with most everything else, the best way to determine what’s best for you and your body is to consult with a doctor. There are no hard-and-fast rules when it comes to breastfeeding or exercise. 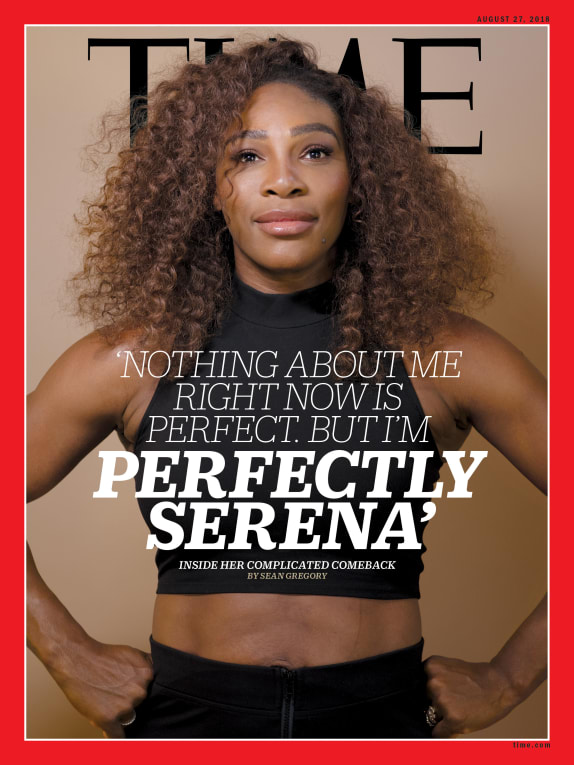 More: Serena Williams Wants to Pass Along This Body-Positive Lesson to Her Daughter

Ultimately, Williams decided on her terms to stop breastfeeding after eight months.

“I looked at Olympia, and I was like, ‘Listen, Mommy needs to get her body back, so Mommy’s going to stop now,'” she told Time. “We had a really good conversation. We talked it out.”

Despite the pressure she received from critics, Williams said breastfeeding was an important part of her motherhood experience.

This wasn’t the first time Williams acknowledged how maternity has changed her game. After her Wimbledon loss in July, the new mom admitted that she’s “just getting started” on her journey to balance both parenting and tennis.

“It was obviously disappointing, but I can’t be disappointed. I have so much to look forward to,” she told a reporter in a postgame interview. “You know, I’m literally just getting started, so, you know, I’m looking forward to it… To all the moms out there, I was playing out there for you today, and I tried… I look forward to continuing to be back out here and do what I do best.”

17 mins ago
by Arielle Tschinkel

1 hr ago
by Amy Klein

1 hr ago
by Raven Snook

1 hr ago
by Eugenia Miranda Richman