Kylie Jenner has a lot to be thankful for on her 21st birthday. Over the past few years, she’s elevated her lip kit brand to a booming $900 million empire. With that money, she’s purchased mansions, ridiculously expensive luxury cars and every bag you could ever dream of pairing with your Alexander Wang long johns. But her “most special gift” of all is her 7-month-old daughter, Stormi Webster.

To celebrate her birthday, Jenner posted two darling mother-daughter pictures in which she cradles her baby girl while wearing a simple spaghetti-strap slip and natural makeup.

“Bringing in my birthday tonight with my most special gift,” Jenner captioned one photo. “What was life before you, Stormi. I love you my little angel.”

She captioned the other photo, “my heart.”

The pictures were a welcome surprise for many fans, who had grown used to seeing only the back of Stormi’s head after Jenner deleted all photos showing her daughter’s face back in June. At the time, she explained to fans that she had decided was “not sharing photos of my girl right now.”

Shortly after posting the photos, Jenner totally transformed herself to ring in her 21st year in style. The almost-billionaire invited her closest friends and family out for a night in Los Angeles, where she dined, danced, played in a ball pit and posed for countless photos in not one, but two larger-than-life all-pink outfits. Her sisters dressed the part too.

The celebration even brought Jenner’s parents, Kris and Caitlyn Jenner together. Kim Kardashian West shared her excitement that “the gang’s all here” in an Instagram Story in which she captured a quick peek at Caitlyn’s colorful, bedazzled outfit. 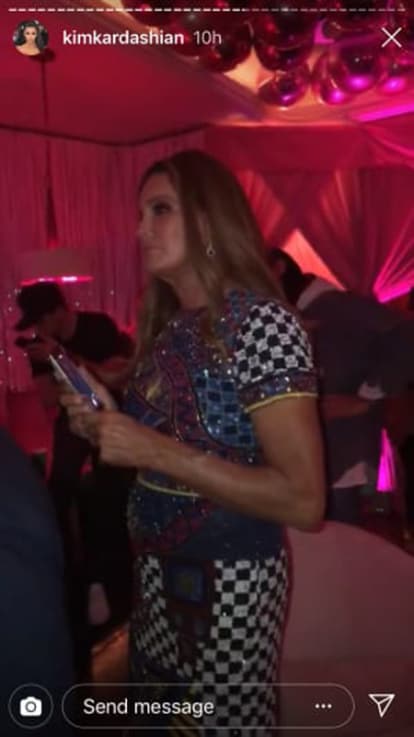 More: Kylie Jenner Will Stop at Nothing to give Stormi the Most Epic First Birthday Party

The whole event was outrageous (and nothing like our own sloppy 21st birthday parties), but what else would you expect from the most extra family on the planet? Time will tell if Jenner will outdo herself for Stormi’s first birthday.