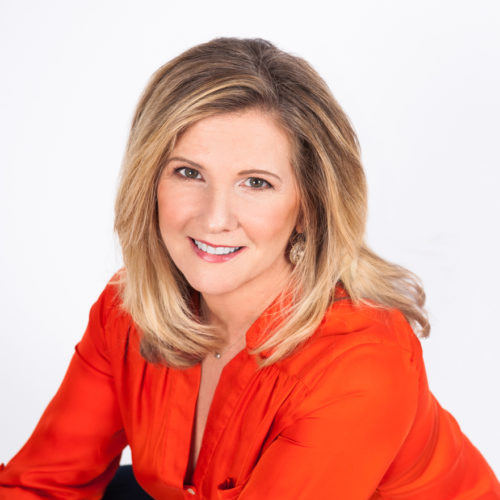 My ex-husband and his new wife were a picture-perfect couple. So much so that they were photographed for the cover of Crain’s Chicago Business magazine. They were featured in an article about how stepparents are supposedly either relegated to support status or are simply invisible.

But his new wife wasn’t invisible. She posed with him and our three children on the front steps of my house — sorry, now their house— as if she had lived there for more than two months, as if she had been mothering my children for years. She was being interviewed because she had started a support group for other women like her.

“There was an air of relief for all of us,” she was quoted as saying about their first support meeting. “Somebody gets it!”

I’m glad that someone “got” her. I’m even glad that she “got” my husband. And she wasn’t even the woman my husband left me for; in fact, I had to wonder if she knew she was one in a line of many. My friend, also divorced, suggested that we “save a seat on the bench” for her when the revolving door began turning next.

More: 5 Harsh Truths About Co-parenting With an Ex

I didn’t want to be cynical. I hoped, because my ex-husband married her, that she might have a successful and long-lasting role as my kids’ stepparent. Reading the article about her enthusiastic efforts to start a supportive community made me feel that she earnestly wanted to do a good job.

Perhaps to match her enthusiastic efforts, I suggested that the three of us meet with our kids’ therapist to discuss what her duties as stepmother would entail. Would she pick them up from school? Should I call her or their father to arrange afternoon activities? What did she want the kids to call her?

After each question, she looked to my ex-husband, as if he would answer. He didn’t. It was clear the two of them hadn’t discussed any of this, which resulted in a vague, unsatisfying conversation until the therapist stepped in and suggested that my ex and I continue to coordinate all child matters between us.

More: Can Kids Benefit From Instability?

As time passed, it was apparent that to our two boys, she was the new wife. They resisted anything resembling mothering from her and, truthfully, weren’t always nice to her. But to my daughter, just 9 years old at the time, she was much more. They became close, and my daughter genuinely enjoyed her company.

I quickly learned that coexisting peacefully with my ex-husband’s new wife would ultimately make life more peaceful for me and my kids. By controlling my own behavior, I could support their relationship. So here are some simple rules I set for myself that helped me successfully interact with her in a positive way.

More: How to Help Kids Through a Messy Divorce

Flash-forward four years, and the then-new wife and my ex-husband have also parted ways. Yet she remains a loving presence in my daughter’s life. They shop, trade makeup, meet for brunch, see movies. Curiously, now that we share an ex-husband, when he isn’t around, there is no strain between us. Not long ago, we both showed up at one of my daughter’s basketball games and we sat beside each other, literally sharing seats on a bench, as predicted. We both were focused on my daughter, cheering her on. And that’s just the way it ought to be.

26 mins ago
by Sydni Ellis