“Mom!” My 3-year-old shrieked. “She looks just like me! She’s a princess and she looks like me! Look!”

The excitement emanating from her voice was nothing like I had heard before. This was bigger than the box of Smarties she was allowed to eat before dinner, bigger than that time we saw Paw Patrol characters at the library, bigger than the Thomas the Tank Engine jammies she got for Christmas. This was the kind of excitement that knew no bounds. This was Moana: a fearless brown girl on my daughter’s TV screen.

My daughter had gotten into Frozen because she heard the soundtrack at preschool; she frequently requested we play the songs on YouTube so she could practice her dance moves. We listened to the songs over and over again until she had every hair flick and step down pat. She pretended to be Elsa and instructed her 1-year-old sister to play Anna — and the two of them would twirl and sway to the music every night after dinner.

After one such dance party, my husband and I decided we couldn’t bear one more rendition of “Let it Go.” It was time for our daughter to dance to a different song. The next suggestion on YouTube was “How Far I’ll go” from Moana; we hadn’t seen the movie or heard the songs, so we decided to give it a try.

More: No, Being Both Muslim & Catholic Isn’t “Confusing” for My Kids

Moana came on the screen, strong and beautiful with her olive skin and long, curly dark hair. I watched my 3-year-old, waiting for her to start the usual twirling. Instead, she just stood there, mouth agape, eyes wide open, staring at the screen. Her lips slowly inched into a wide smile — and then a toothy grin. She was glowing. She was ecstatic.

My daughter is not of Polynesian heritage like Moana. She doesn’t care much for the ocean, either. She is a Pakistani-Dutch-English-Canadian toddler who loves steam engines and Disney princesses. Her favorite colors are pink and purple, and she loves running fast at the park and hanging on the monkey bars. But none of that mattered the moment she laid eyes on Moana. In that moment, my daughter and Moana were the same. 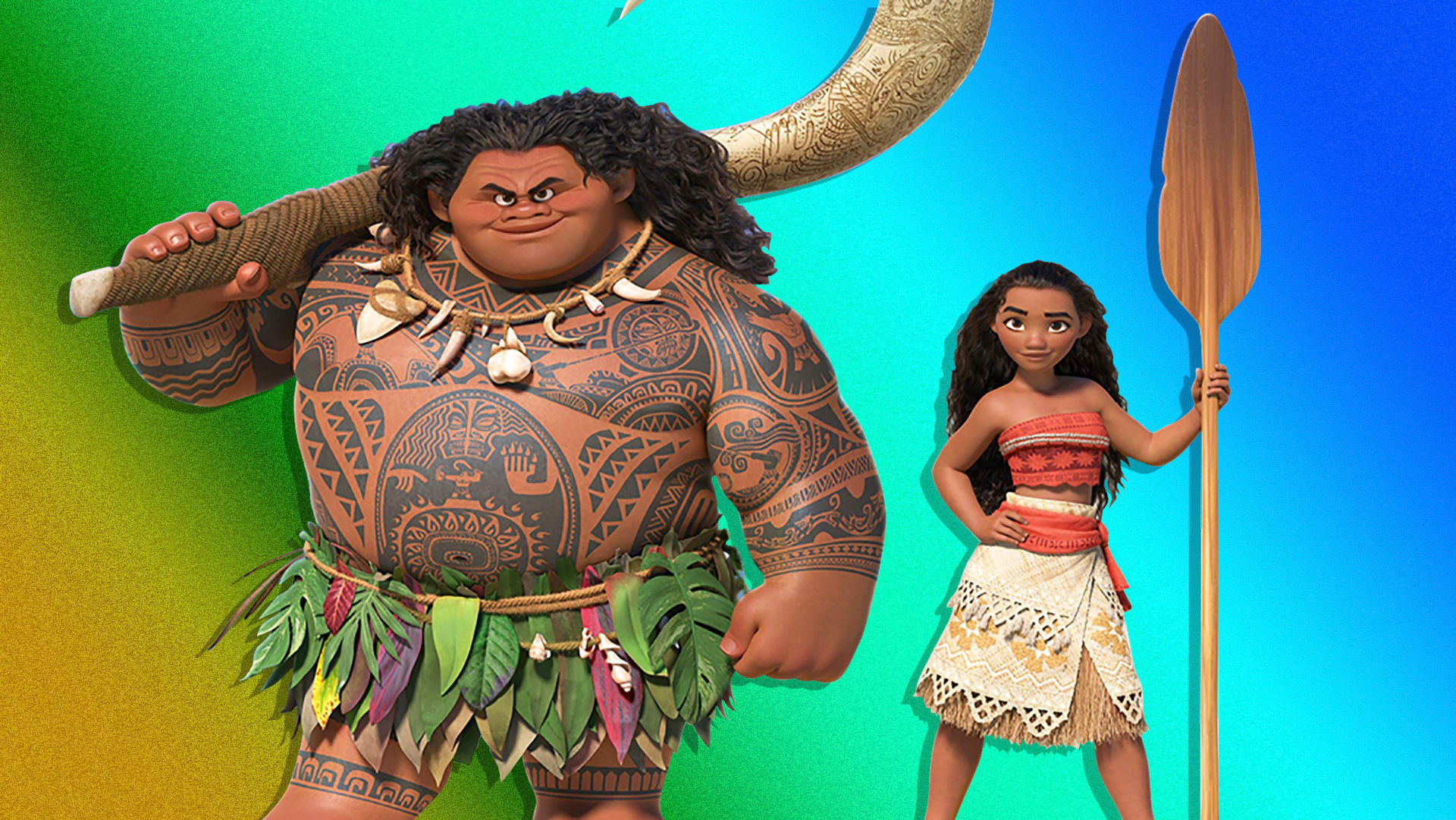 More: How White Families Can Teach Kids to Use Their Privilege for Good

I don’t know exactly how watching Moana affects my daughter, but I know it gives her happiness. She doesn’t have the words to tell me about the importance of children of color seeing other people of color on TV. She doesn’t know how this is a recent movement and that it is far from perfect. She doesn’t know there is still a long, long way to go. But she knows it matters. She understands that she doesn’t look like Elsa or Anna. She’s old enough to notice that her skin isn’t porcelain white like many of the characters she watches so lovingly. She can tell that her hair isn’t straight and blond. She sees the differences, even at 3 years old.

Researchers from Tufts University write in The Conversation that children’s television is now more diverse than it has ever been. This shouldn’t come as a surprise to most people. What is profoundly important, the researchers say, is that children see characters who look and sound like them and their families.

Why? Because “kids notice differences,” as the researchers so eloquently put it.

Before this moment, I didn’t realize I needed to have conversations about race and ethnicity with my 3-year-old. But clearly, she’s aware of much more than I thought she was. She’s bright and observant and intensely detail-oriented. She knows what she looks like, and what her idols on TV look like, and she can see that the two are not the same.

My daughter continues to amaze me with her intellect. She teaches me something new every day. This lesson is a deeply important one. I’ve started searching for more TV shows and movies she can enjoy that portray people of color. I likely won’t be able to find the perfect Pakistani-Dutch-English-Canadian mix like her, but I hope I’ll have more than just a few stereotypical options to choose from.

I hope that by the time she is older, she is able to see many people like her on TV and in the movies. I hope her children don’t have a moment like she did, completely in awe that it’s even possible for someone like her to be a Disney princess. By that time, they will — I hope — already know that this is possible. It won’t be an unusual and exciting moment; it will just be another movie.