Kendall Jenner wowed fans earlier this week when she posted a video of big sis Khloé Kardashian lounging in a bikini just months after giving birth to daughter True Thompson. Though Kardashian looked gorgeous (per usual), she had a few words of her own to share with fans: Looks can be deceiving!

And I’m just seeing that Kendall posted a video of me in a bikini… Thank God she knows her angles LOL cuz I do not look like I did in that video LOL laying down is a game changer. I had an hour to hang with Kenny while True was napping.

“I’m just seeing that Kendall posted a video of me in a bikini… Thank God she knows her angles LOL cuz I do not look like I did in that video LOL laying down is a game changer,” the new mom tweeted. “I had an hour to hang with Kenny while True was napping.” 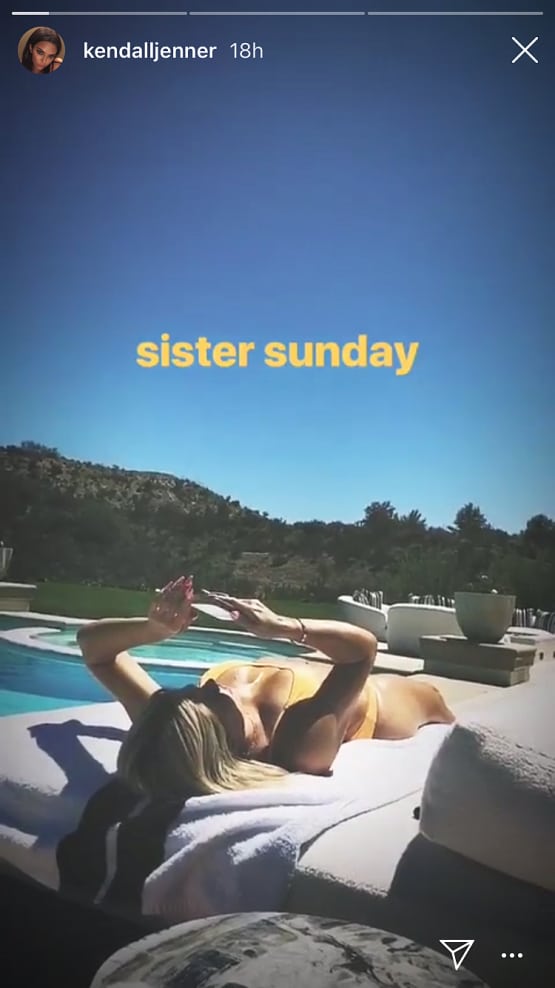 Though the Kardashian-Jenners are famous for working their angles, Kardashian, star of Revenge Body, doesn’t need to rely on lying down to look fabulous. In fact, she looks pretty damn good kneeling too. Kardashian showed off her gorgeous curves while modeling Yeezy Season 7 and basking in the Southern California sun at her massive Fourth of July celebration.

Since giving birth in April, Kardashian has been diligent about hitting the gym and sharing her progress on Instagram with her millions of fans. While it’s certainly her right to work up a sweat, it’s important to note that moms should never feel pressured to “bounce back” after birth.

Of course, working out could be a welcome distraction (and endorphin booster) for Kardashian, who is still repairing her relationship with basketball star Tristan Thompson, who reportedly cheated on her multiple times while she was pregnant with their daughter. Aside from firing off a quick tweet defending her decision to stay with Thompson, Kardashian has been relatively quiet about the cheating allegations. All of that is about to change, however, during the 15th season of Keeping Up with the Kardashians, which Us Weekly reports will address the scandal head-on.

More: Khloé Kardashian Is Fighting a New Rumor About Herself & Tristan Thompson

But the show won’t solely focus on the drama. Kardashian shared a teaser clip from the upcoming season on Thursday that showed some of the sweeter moments from the couple’s pregnancy journey as well. Hopefully, these snapshots of her life clear up speculation and rumors so Kardashian can get back to working her angles poolside in peace.