Since her rise to fame, Kim Kardashian West has become known for her sleek-straight, mermaid-length hair. Aside from a mild wave here and there, you’ll be hard-pressed to find a picture of her without hair as straight as a stick. And though the look has become synonymous with Kardashian West’s brand, fans weren’t exactly happy when they saw her recreate the texture on the head of her 5-year-old daughter, North West.

On Thursday, Kardashian West and North spent some quality mom-and-daughter time together at Dylan’s Candy Bar in New York City. Pictures, which also feature Kardashian West’s BFF Jonathan Cheban and one of North’s friends, show the 5-year-old dressed in a hot-pink tracksuit with a high ponytail and a stuffed unicorn in her hand, smiling wide as she and her mom go to grab some candy. 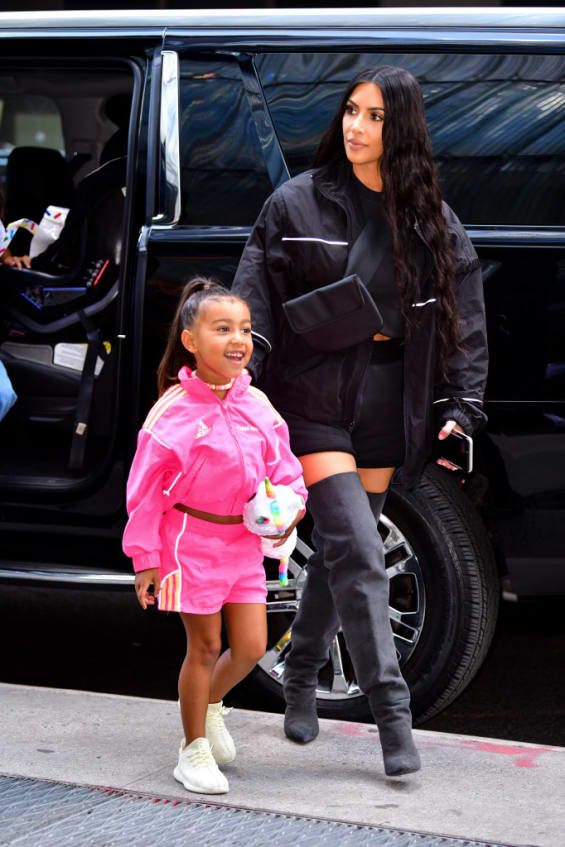 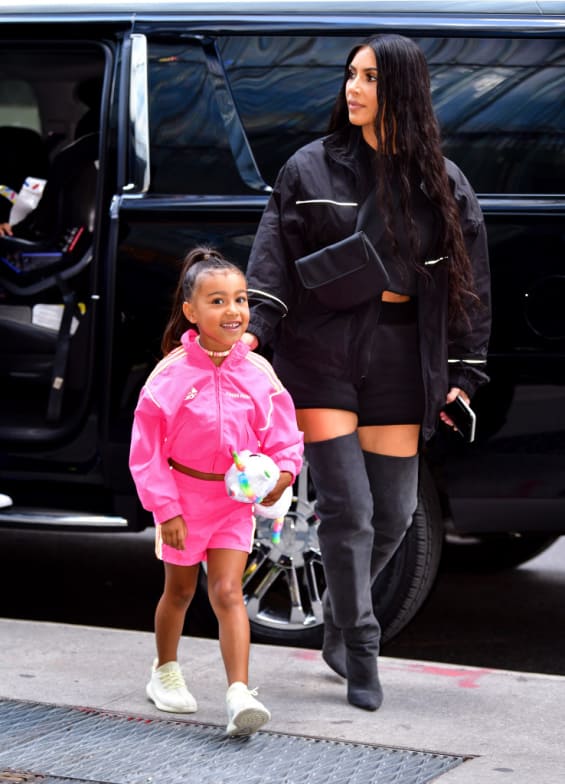 However, not everyone was as happy as North. After the pictures were released on the internet, Kardashian West was mommy-shamed for straightening her daughter’s naturally curly hair. Considering North’s age, critics slammed the mom of three for using hot tools to make her daughter’s curls look straight and silky. Likewise, many also criticized Kardashian West for suggesting to North that there was something wrong with her natural hair, which is why she straightened it.

I really hate how the kardashians keep straightening that poor baby’s hair tho. North west gonna have heat damage before she’s 10- bedore I even knew what a straightener was smh

People going on about how “fucking gorgeous” North West is now that her hair has been straightened. pic.twitter.com/jOOAnW7Mxz

Though Kardashian West wasn’t without her defenders. After she was mommy-shamed on Twitter, several fans came to Kardashian West’s defense, arguing that North is Kardashian West’s daughter and North’s hair is hers, so they can do whatever they want to it. Likewise, many argued that hair grows back and that just because it’s straightened, that doesn’t mean that it’s permanently damaged.

girl, it’s hair. hair grows back. just because it’s straightened doesn’t mean it’s destined to get damaged. your sister & north are two different people. but y do you care? is north your child? is that YOUR hair? pic.twitter.com/wjKvts0Dtf

Now she not allowed to straighten her own daughters hair… I’m sure North asked for her hair to be straightened so she got it done. Shutup you’re reaching. Mad at her for what. Live your own life.

Y’all wanna hate on @KimKardashian for everything. People are really replying to this tweet angry because they flat ironed North’s hair.

If y’all don’t go outside and do something for once! https://t.co/Nmp2csZxhd

As of yet, Kardashian West hasn’t responded to the shamers. But knowing her, she’s likely thinking the same thing as her fans: North is her daughter, so let her parent in peace.