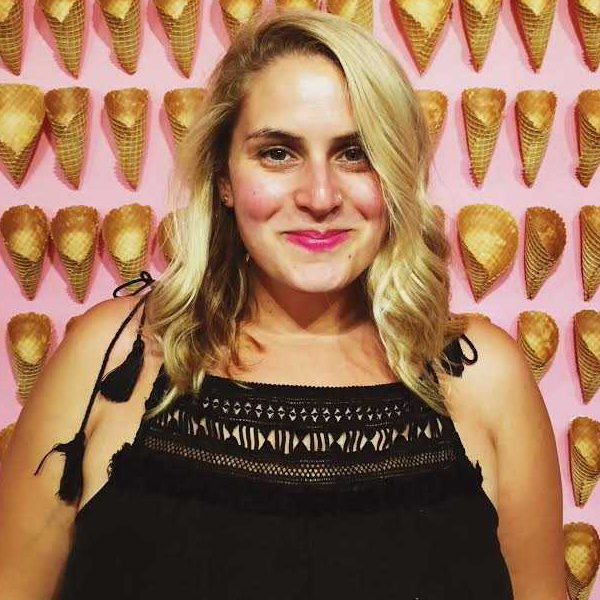 It was a sunny June morning in New York, and I was in line at Starbucks. It was, in my mind, not a special day at all — let alone a holiday. As I stepped up to place my order, the barista smiled at me. “Happy Father’s Day,” he said. “What are you up to today?”

That’s a totally normal and expected question for most people; after all, most people have or had a dad, and many partner with and co-parent with yet another dad. There are plenty of dads to go around in most people’s lives. But not mine.

I don’t have a dad. It’s not that I lost him or he lost me — I just never had one in the first place. Like everyone else, I’m the product of sperm meeting egg. But in my case, the sperm came from a donor: a man picked out of a book for his intelligence, his height and his religion (Jewish).

More: People Think I Have a “Designer Baby” Because I Chose His Sperm Donor

I was raised by two strong, smart, wonderful women. Women who were lesbians raising kids before it was cool or widely accepted to do so. Women who blazed their way down a trail that many people were afraid to even set foot on.

As a little girl, I thought nothing of the fact that my family was different. I had two loving, supportive parents. What did it matter that the family next door had a mom and a dad and I had two moms and no dad?

It wasn’t until I entered school that it clicked. In first grade, I was forced to sit alone in the cafeteria at lunch after donning a gay pride necklace (made up of rainbow bells). I’d asked for it because it was fun, not because I envisioned myself some sort of elementary school zealot). Planning playdates proved difficult. Every so often, a parent would decide my home wasn’t fit for their child.

My parents protected me as best they could, but the older I got, the more I realized just how different we were. In the months leading up to my bat mitzvah, I struggled with whether I was comfortable being the first kid to have two women up on the bimah. At summer camp, surrounded by rich New York parents in sleek summer outfits, my moms stuck out like a sore thumb.

This isn’t to say I was embarrassed of them. I wasn’t — at least not usually. I loved my family. But a teenager feels many things, and I often felt the space between my family and the ones around me. I was a quiet, emotional, often awkward kid who grew into a moody teenager, and I wanted more than anything to fit in. My family, I felt, stopped me from doing so. It wasn’t so much that I wanted a dad or that I felt my family was incomplete. It was that I wanted to be normal. To be like everyone else. And with two lesbian moms, I wasn’t (even in a hippie college town known for its lesbian population).

More: Baby Clothes We Wish We Could Wear Ourselves

I can’t quite pinpoint the moment when I stopped being ashamed of my family and started being proud — really proud. Somewhere between growing out of my teenage worries and into my grown-woman self, I realized that growing up the way I did wasn’t a curse; it was a blessing.

Being raised by my mothers — two people who exemplify the intersection of strength and heart — taught me acceptance. It taught me to think before judging (or better yet, not to judge at all). It taught me that different is beautiful. That “normal” means nothing. My mothers, in all their bravery, did not limit me with their choice to create a family. Quite the opposite, actually. They taught me that if you love one another, there are no limits to what you can do.

Sometimes, on Father’s Day, I think about all the children, young and grown, who are celebrating with the dads who raised them. I think of footballs thrown in the front yard, of steaming cups of coffee being shared around tables, of love notes scribbled hastily on Hallmark cards, of cell phones being pressed up to ears to say, “I love you dad!” And I feel a tiny pang for what my life could have been had I had a father with whom to celebrate.

And then I remember that it’s love that makes a family — and that I’ve got plenty to celebrate with the family I’ve got.

More:  I Didn’t Realize My Mom Was Clueless Until I Had a Kid

I could have corrected that Starbucks barista. I could have handed over my debit card and said, smiling, “I don’t actually have a dad, so I’m not celebrating today.” I could have, but I didn’t. Instead, I smiled, shrugged, and moved along the counter to wait for my drink. My family is a long, lovely story — and there was a line behind me.