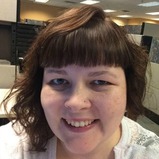 Cautionary tales about having twins aren’t hard to come by. Parenting already requires an endless cycle of feeding, burping, diaper changing, bathing, soothing and rocking — all while you experience serious sleep deprivation, soreness and whacked-out hormones.

Now double all that, and you might have a vague idea of what it’s like being a mom of multiples.

That said, twins do come with certain advantages. Here are some things that are actually a bit easier when you’re dealing with twins versus one child at a time.

1. You only need to get pregnant once

Having twins means you’re spared the extra 10 months of morning sickness, swollen feet and hot flashes it takes other women to produce two babies. You may never again have to watch helplessly as random hairs sprout all over your face and other unwanted areas. Huzzah!

For Diana Cuccurullo, getting a routine down pat was more of a necessity than anything else. Nevertheless, settling into a groove with her now-10-year-old twin boys was easier than it was with her five daughters, each of whom were single births.

“The only truthful answer is you become more streamlined,” Cuccurullo told SheKnows. “You learn to do things more efficiently and quickly. Diapering one squirming toddler is tough, but two? You need to be fast and prepared. Two diapers, extra wipes and clothes are ready before you even begin.”

3. The terrible twos are one and done

If you don’t have any more kids after your twins, you’ll navigate some of the toughest parts of childrearing — think teething, potty training, the terrible twos and puberty — just once.

“At the time, it might have seemed chaotic to have two kiddos going through life stages at the same time, but looking back, I really think it’s easier,” Tiffany Coffey, mom of 8-year-old twin girls, said in an interview. “Now I don’t get why people have another baby once they’ve gotten one sleeping through the night and potty-trained, only to do it all over again. I got it all done at one time!”

Though playdates are important for both parents and children, sometimes the thought of getting out and about is too overwhelming. Luckily, parents of twins can rest a bit easier knowing their kiddos already have a best friend: each other.

“Who doesn’t love a playdate? It’s good for the little ones to socialize, and it’s good for the mommies as well,” Jennifer Benjamin wrote for Momtastic. “That being said, if I’m feeling lazy and tired and don’t wanna go anywhere, my guys have each other to play with.”

Helping your kids with homework is a time-consuming process, but it’s definitely a little less demanding when you’ve got two children in the same grade. It was for Bernadette Johnson, at least.

“School projects — the bane of every family — were much easier with twins,” the mom of 26-year-old twin daughters told SheKnows. “Since our twins are so different, they always had different ideas and insight into what they wanted to do. They would work off of each other. I think, because of that, they both did really well in school.”

6. You’ve got a built-in excuse

Keeping one kid alive is hard enough, but twins give outnumbered moms an automatic justification for saying no. Want to volunteer for the PTA? “Sorry, I have twins.” Can I stay with you while I’m in town next week? “Sorry, I’m just not up for it.” Messy house and piles of dirty laundry? “The twins, though.”

Having twins isn’t easy by any means. But when life with multiples gets hard, remember: You might have double the poop explosions, but you also get double the smiles, double the snuggles and — eventually — double the fun.

17 hrs ago
by Jamie Davis Smith