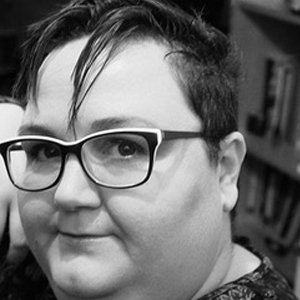 My wife and always knew we wanted to adopt; neither one of us felt especially keen to get pregnant, but we were ready to start our family. Recent figures from charity Adoption U.K. suggest there are over 3,000 children in care waiting to be fostered or adopted here in the U.K., and we were ready to become the loving mothers one of those kids deserved. But little did we know that in a system crying out for adoptive parents, we would still be turned away — for not quite measuring up to the rigorous health and financial bars set by the adoption services.
My wife and I had done the preliminary reading, knowing just how lucky we were that the laws here in Britain had already changed to become fully inclusive when it comes to same-sex couples adopting. That makes it one of only 14 countries in the world where that’s the case. This is not something we take for granted, as even with recent gains in LGBTQ rights globally, there’s always the possibility that these hard-won rights could be rescinded or overturned.More:  Not Your Mom’s Adoption: What the Process Looks Like in 2018
Adoption made perfect sense for us: a more or less equal division of parenting from the start, no one doing more, physically, than the other (i.e., breastfeeding, recovering from childbirth) and hopefully preventing any inequality over baby bonding and the like.
We knew there would be hoops to jump through. Everyone we spoke to who’d been through the process warned us to start counting in months and years, not weeks. The basics are right there on every helpful website: How prospective adoptive parents will be assessed, what sorts of questions will be asked and what evidence of your life you’ll have to prepare.
I felt my first pangs of concern then — in response to blithe statements about how applicants who’d suffered from mental health issues would not “necessarily” be excluded. The financial requirements were seemingly flexible too, and nowhere did I read or hear that home ownership or fixed income were required to pass muster.
But in the end, it wasn’t any one barrier that prevented us from becoming adoptive parents. According to our local council adoption authority, my wife and I were too variable of income, too previously prone to depression and apparently not quite slender enough for the marathon sport of raising young children. In a scoring system, we were just short in too many categories.This felt massively unfair, especially given the fact that so much of the (straight, cisgender) human race seems perfectly permitted to pop out babies without much in the way of quality control.

More: Trump Isn’t the Only One Ignoring Birth Mothers in the Adoption Process

This led me into a long spell of feeling doomed — doomed never to start a family. After all, if we couldn’t be parents to children who needed us most, whom we would choose to love and shelter and protect, how could any other method of family building measure up?
But when rational thought returned, slowly taking the place of tears and quiet tantrums, I realized that I had to choose. My choice, now, was between trying to change myself (my career, my weight, my past even?) in hopes of eventually measuring up the adoption standards — and investing that time, energy and money into ways of starting a family that I had previously discounted. After all, my wife’s and my supposed shortcomings weren’t anything that precluded us from being parents; we just didn’t meet the rigorous standards required of adoptive parents, in this country at least.
So we began investigating donor insemination — and debating which us felt best prepared to carry a baby. For most lesbian couples, this is the start of the process, with adoption and fostering being a far-off safety net they might never need to use. But here we were, starting out again, knowing we had no safety net at all.
Luckily, we found our doctor and the local fertility clinic more than helpful. We settled on my wife being the one to carry, and we worked through some squeamishness and legitimate fears about pregnancy. And here we are in the fertility trenches, armed with ovulation trackers and basal thermometers.It’s already been a few cycles down the line, and I’m trying not to get twitchy. Of course, there’s still IVF as an option after this if we need it. We can also import sperm from Denmark and try at home when the free treatment from our country’s free national health care service is all used up.
More: I Don’t Regret Giving My Son Up for Adoption
I’m hopeful that some day soon, maybe just an ovulation cycle or two from now, we’ll see the pregnant symbol and that all this worrying and feeling unworthy will evaporate with the happy news. I tell myself that we’re no more selfish than any other couple who opts to conceive naturally rather than adopting — that time is finite, and we’re not getting any younger. As our nieces and nephews keep appearing, as friends keep having kids of their own, we’re eager to join the party — not least of all because we’d love our eventual child to grow up around all these kids.
But every time I see a headline about the increasing number of children being taken into care or a sign on the side of a bus advertising how adoption is “easier than you think,” the pang of guilt — of failure — is still there.Maybe, a few years from now and with a young child and life more settled, we’ll be able to apply again and succeed. I’m sure we’ve got love enough for that.

22 hrs ago
by Rebecca Rakowitz