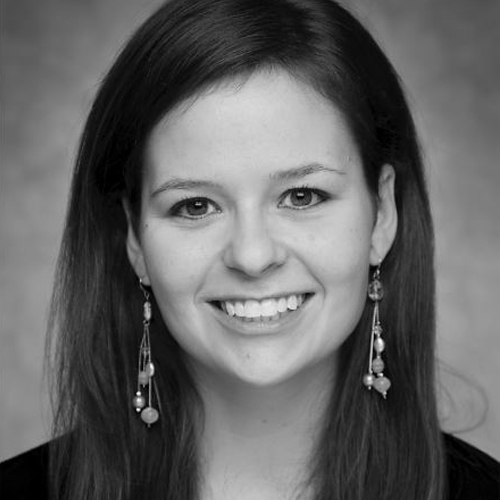 Two years ago, my daughter Cora died right before she was born — during my labor after a healthy 41-week pregnancy.

Losing a child shattered my life in ways both obvious and unexpected. When I attempted to reintegrate with “normal” society, I was surprised to find how many people suddenly seemed uncomfortable around me. They resorted to reciting platitudes, or they changed the subject and ignored me altogether.

I’ll be the first to admit I wouldn’t have known what to say to a bereaved parent either before I became one. And, of course, each parent is unique. The words that comfort one might offend another. I can only speak from my personal experience and from the feedback I’ve curated from other women in my shoes. Although no one can make this heartache easier, there are ways not to make it worse.

Here are some suggestions on what to avoid saying to someone whose baby has died — and what I’d recommend you say instead.

More: How to Help Someone Cope With the Loss of a Baby

“Are you trying again?”

You know the expression, “If at first you don’t succeed, try, try again”? I cringe at any insinuation that Cora was somehow a “failure.” Plus, some women’s paths to motherhood are much longer and more difficult than others. Typically, I felt I was asked this question by women whose childbearing journeys were straightforward and struggle-free, and they saw a solution that to them sounded simple. As someone who had tried for years, then had a full-term pregnancy and still ended up at a funeral home, it was upsetting to even consider starting all over. Trying again, even if it did result in a healthy baby, would not replace Cora. So, just don’t ask this. It’s nosy, unhelpful and implies an unrealistically easy fix for a complicated emotional issue.

Instead, try: “I know this loss has thrown such a wrench in your plans for a family. I’m always here to listen if you ever want to talk about what lies ahead for you.”

Keeping the topic open-ended gives the parent a choice of where to go in the conversation versus feeling cornered into answering invasive questions. Keep in mind, though: Happy endings can be difficult to imagine after such loss. I couldn’t take it seriously when anyone implied that things would “work out better next time” or that I was even guaranteed a next time at all.

I went through a phase of wanting to talk about nothing besides what happened. If a bereaved parent wants to talk about it, of course you should listen — but I would not recommend asking this question if the parent is not volunteering such information on their own. I was occasionally asked this question by people who otherwise did not take much interest in my daughter or my grief, so the question struck me as smacking of morbid curiosity. If you want to know the details of what happened merely for watercooler gossip, not to help the parent process the trauma, I wouldn’t ask this one.

Instead, try: “I’d love to hear more about your son/daughter or your grief, as much as you want to share.”

Rarely is there something that soothes the bereaved heart like acknowledging our children for the unique, irreplaceable people they were and are. Bonus points for using the child’s name. I was really impressed with a friend who read a lot of the same grief blogs I did in an attempt to better understand what I was going through and how to discuss it with me. She enabled me to talk freely without having to create as much context for why I felt the way I did.

“Everything happens for a reason” (or “God has a plan”)

Nope. This was the most common and least comforting line I heard. I am unable to believe in any entity that would plan my daughter’s death, kill her or not intervene “for a reason.” I cannot embrace a god who kills babies, so it’s better for me if the two are unconnected. I found this line insulting, and I distanced myself from those who liked to say it. I’d recommend being certain of the grieving person’s beliefs before going this direction. For me, it only reinforced our society’s discomfort with chaos and unexplainable tragedy.

Instead, try: “You and your son/daughter did not deserve for this to happen.”

I appreciated when friends or family would be blunt and call the situation what it was: horrible. I remember seeing a coworker for the first time after Cora’s death. He hugged me and simply said, “I’m sorry for the hell you are going through. It is so unfair.” I felt seen and validated in that moment.

More: What My Son’s Terminal Diagnosis Taught Me

Unless you’ve personally lost a child, it’s probably better not to compare the loss to anything else. For those who are not in this awful club, it’s hard to imagine pain that would come close to measuring up. A stunning, out-of-order death is not the same as a pet being put to sleep or an family member dying peacefully at the end of a long life. In that same vein, a loss during childbirth after 41 weeks is not the same as a miscarriage; I can attest that they’re both awful, but in very different ways. Let each loss stand on its own for what it really was — and resist the urge to find anything comparable.

Instead, try: “I can’t imagine your pain. I’m sorry that for you, it’s reality.”

A slight exception to the “don’t compare” suggestion is when a really, truly similar story exists. I was connected to several women whose babies died at or near full-term. These women were lifelines and confidantes during my darkest hours. I needed to hear “I understand” from people who really did.

“Are you seeing a therapist?”

I understand the sentiment behind this question, and l agree that therapy is helpful when you find a good fit. (I love my therapist.) However, I often felt I was asked this question in a way that made therapy sound like a brilliant idea that would fix everything — or as if my friends could stop worrying about me if I told them I was in therapy. Occasionally I’d feel tossed from person to person, like everyone wished I would take my problems elsewhere. Remember: Therapy is generally one hour every week or two, and there are many hours to live through until the next session. It is one tool in the toolbox, that’s all.

Instead, try: “Have you found any coping strategies that feel helpful?” And be accepting if the honest answer is no or not yet.

It can take a very long time to find anything that takes the edge off the raw pain, even for a moment. If the parent has a special interest in something, consider encouraging them to channel some grief that direction. Multiple friends encouraged me by giving me journals for my writing.

“Let me know if I can do anything”

I hesitate to include this one because it’s not at all insulting and in fact attempts to support. That said, although this line usually comes with the best of intentions, it feels empty to someone who can barely function. The stunned, bereaved mind does not have the bandwidth to make assignments, and it does not want to beg for help. The more specific the offer to help, the more genuine it feels.

Instead, try: “I’m dropping off a casserole on your front porch tomorrow at 10 a.m. No need to open the door.”

A colleague arranged for someone to mow my lawn for several months. I still receive occasional notes of support in the mail. Friends have let me know exactly when they would be by their phones so I wouldn’t go to voice mail if I wanted to call. I have a handful of supporters who’ve kept in touch after the initial outpouring slowed down and who did not assume everything would be fine after a year.

Yes, there are a lot of questions and comments that can add fuel to the hurting heart’s fire. However, I’ve repeatedly heard (and agree) that silence hurts the most of all. Pretending I’ve never been pregnant, that I have never had children, that I am not in deep pain, that everything is normal… that charade is much more difficult to keep up than having to react to a poorly executed attempt to comfort. I understand that due to her death at birth, my daughter may be merely an idea to others at the same time she’s a total reality to my husband and me. A simple acknowledgment — whether it’s a reference to my daughter or to my grief — goes a long way in diffusing the tension of pretending nothing is going on.

Instead, try: “I really don’t know what to say, but I’m so sorry. I know you’re hurting.”

More: What’s a “Rainbow Baby”? Here’s Why the Term Matters

Know someone who’s lost a baby? Realize this person might not be ready to talk yet. But if they are ready, listen without trying to fix the pain. Send the note, make the casserole, honor the child’s story and the parents’ grief. It’s OK to feel awkward or to fumble a bit. It means so much to know you care — and that you’re trying.