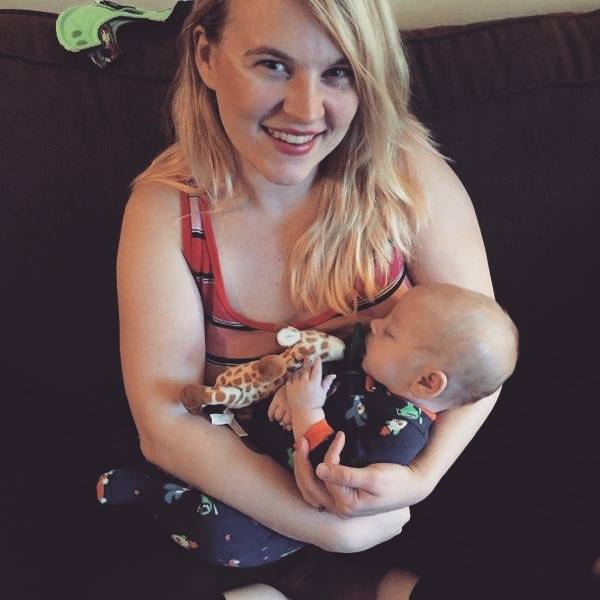 When I was a kid, CBS’s Everybody Loves Raymond was a television mainstay. I grew up alongside it, turning 7 the year it launched. When I was in elementary school, Ray Barone’s (Ray Romano) aw-shucks act seemed harmless enough. The sitcom was a lesson in tropes and stock characters: the nagging wife; the meddling mother and her long-suffering husband; and Ray, that most persistent of media stereotypes, the bumbling, incompetent father. Each week, the family solved their problems in 22 minutes, usually with plenty of missteps from Ray along the way.

By the time the show ended, I was in my teens. After years of skipping it, I flipped it back on one night on a whim. But at 15, the sitcom left me with many more questions than its creators probably intended.

What I noticed most was that Ray wasn’t just a lovable klutz or a well-meaning goofball. The truth is, that character just plain wasn’t involved as a father or husband — and worse, he didn’t seem to want to be. He acted put-upon by the most menial of tasks requested of him, and he seemed to see his entire family as a collective nuisance set out to systematically destroy his free time. What’s more, he was baffled by everything that didn’t fit into his personal framework of sports and work: bed-and-breakfasts, dance recitals, grocery stores, dishwashers, laundry, love.

Why is he so… useless? I asked myself. And why, I wondered further, is he there at all, when he clearly doesn’t want to be? Now, as an adult married to a devoted father and partner, I am downright upset by depictions like that in Everybody Loves Raymond — media that shows the father figure as inherently reluctant and expendable.

Television commercials, too, often depict men, especially fathers, as the consummate fools. Somewhat like the shop-‘til-you-drop bonbon-eating wives in advertising of yore, most commercials would have us believe that the average father today subsists on a pile of Cheetos dust and can’t clean his own socks, much less diaper a baby or wash a dish. He’s good for a laugh, though, and is just waiting to be rescued by a long-suffering wife-mom hybrid with a beatific smile and the appropriate brand of window cleaner.
In the past, research on the harms of gender stereotyping in advertising has primarily focused on the hypersexualization (Sex Roles journal) and unrealistic beauty standards aimed at women (the Journal of Consumer Affairs). These studies and others have repeatedly shown that media representation matters. What might seem like laugh-it-off, harmless caricatures can have very real effects on our self-image (The Journal of Social & Clinical Psychology) and behavior no matter how much we try to avoid them. For example, ads for beauty products have repeatedly been proven to lower self-esteem and negatively impact the way women see their bodies according to a 2010 study published in the Journal of Consumer Research.

Studies in 2008 (published in the journal Body Image) and 2013 (by researchers at the University of Manitoba) showed that media imagery billed as “hypermasculine” exposed men to harmful beliefs, such as linking violence to manliness and danger to excitement — beliefs that have been further proven to contribute to mental health and behavioral problems, such as dangerous driving, domestic violence and substance abuse — and left them with lowered self-esteem and unhappy with their bodies.

Another study in The Journal of Men’s Studies, examined men’s representation in parenting magazines and found that men were overwhelmingly pegged as “breadwinners” rather than fathers and partners first, leaving them with mixed messages about where they belonged in the family structure.

More: Why This Mom Is Boycotting Mother’s Day

Jason MacLean (a writer, researcher and educator with a Ph.D. in political philosophy) points out in an article in Cantech Letter that magazine advertisements from the 1950s and 1960s notoriously depicted women as brainless but beautiful, useless but harmless — meant to be clucked at and set high on a shelf for decorative purposes. He claims that after the feminist movement, men and women began to “switch places” in advertising, with media portrayals of men shifting from in-control leaders and knowledgeable authority figures to hypermasculine and muscle-bound airheads good for only one thing (but never, ever for getting a chore done or calming a toddler). Now, he says, the “trend” of portraying men as foolish incompetents has gone on so long and become so pervasive that it can hardly be called a trend.

Though there’s a great deal of truth to his argument, I think it’s a bit more complex than mere role-reversal. Complicating the issue is the persistence of the “second shift,” the phenomenon in which even women who work as many hours as their male counterparts come home to complete the lion’s share of childcare and housework. This means that lurking beneath the yuck-yuck jokes about men having no clue about their sons’ medications or their daughters’ after-school schedules is the uncomfortable truth that there still is a very real gender disparity in domestic labor.

These media representations demean and degrade men and masculinity. But they also do an excellent job of slapping a bandage over the gaping wound of our cultural struggle to address what Gemma Hartley, author of a soon-to-be-released book on emotional labor and the mental load, called “emotional labor” in Harper’s Bazaar. The wife-savior of the incompetent husband in sitcoms and commercials might wear a saintly, dutiful smile, but, Hartley suggests, she’s probably also resentful. And a Women in the Workplace survey from Lean In and McKinsey & Co. (via The Wall Street Journal) suggests women aren’t getting ahead at work due to all that extra at-home haul.

Perhaps unwisely, I joined a slew of parenting groups overwhelmingly populated by women when I got pregnant. I was immediately struck by the volume of complaints about husbands and boyfriends. Most commonly, these threads started with questions like, “How do you get your husband to do work around the house?” or “Why won’t my boyfriend help me with the baby?” The responses were even more telling, with comment threads quickly devolving into frustrated clichés with the general weary tenor of, “They’re men. What do you expect?”

Part of me felt lucky — if there have ever been fights about housework or childcare in my house, it’s been my husband demanding to take care of the baby for the day so I could work while I struggled with guilt — but I also felt an overwhelming sense of inadequacy. As the other moms asked themselves why their husbands didn’t grasp the responsibility of household management, meal planning and childcare, I asked myself whether I was doing enough, as I’ve always struggled mightily with organization and cooking. I wondered how we’d avoided the default to labor inequality that seemed to plague so many people in different-sex romantic pairings.

I wondered, too, what the connection was between this apparently pervasive belief in the foundational incompetence of men in the home and the media insistence on dads-as-doofuses. Were these clichés showcasing an exaggerated version of a dark truth about gender inequality — or, even scarier, have we simply been exposed to the stereotype so often that we’ve collectively come to accept it as reality? And how are men expected to feel about or respond to these dehumanizing stereotypes or crawl their way outside of and beyond them without being deemed “unmanly”? Even to me, looking from the outside in, it seemed more likely many would simply give up.

More:  How TV Is Finally Getting Older Pregnancies Right

Is media representation the cause of all our gender-based woes? Of course not. Women aren’t insecure about our bodies solely because we watched one too many wrinkle cream commercials or glimpsed at an excessive number of airbrushed thigh gaps as we flipped through magazines. Men don’t avoid changing diapers or making their kids’ doctors’ appointments because of a clumsy dad in a whitewashed ad for dish detergent. Our cultural issues around labor, gender, masculinity and family roles run a lot deeper, and it will take more than a feel-good ad or two to catalyze a wholesale paradigm shift.

Still, naming what we see when we flip on the TV or social media isn’t a meaningless exercise in staying permanently offended. Media representations often reflect back to us what we already believe, what we want to believe, or what we secretly suspect.What does this mean? For starters, it’s time to take the effects of media messages on men more seriously. And while we’re at it, maybe we can retire the “blundering doofus dad” stereotype in TV and movies once and for all. Be the change you wish to see in the world, right? The least we can do is start with our screens.

1 hr ago
by Amy Vowles

20 hrs ago
by Claire Gillespie