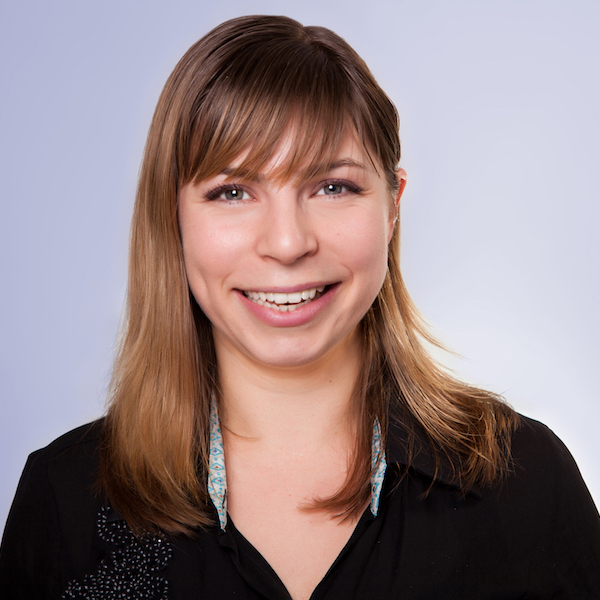 You’ve likely heard about secondary infertility — when difficulties conceiving arise even though you’ve had no problem getting pregnant in the past. But what about when the opposite happens? Is “secondary fertility” even real?

You may have heard stories about it: The woman who took five years to get pregnant, and then had five kids in a row. The couple who built a family with IVF only to get miraculously knocked up when the last kid went off to college. The friend of a friend who had a kid with donor eggs and then popped out her own genetic offspring a mere 10 months later.

By the time I began in-vitro fertilization myself, I’d heard enough “surprise pregnancy” stories to last a lifetime. They’re the bane of the infertile woman’s existence, usually followed up with, “See? It’ll happen as soon as you stop trying.”
But it didn’t happen when I stopped trying. It didn’t happen when I got an ovulation predictor kit, had my tubes examined, took Clomid or tried intrauterine insemination. It did happen, however, when I did IVF.

As I stuck myself with needles and watched my belly grow, I let go of the shame that had dogged me through years of trying and failing to get pregnant “naturally” — years of timed intercourse and unspectacular sex, yoga and acupuncture, therapy and weird herbs. Doctors recommend trying on your own for 12 months before seeking medical treatment (six if you’re over 35). But I tried for three years, refusing to accept that my body just couldn’t do what came easily to so many others.
IVF changed that. I accepted that fertility, like gymnastics, was not my body’s strong suit. I began speaking openly about my struggles, determined to help others overcome the shame that kept me from seeking medical treatment for so long.
“He was an IVF baby,” I’d say proudly to anyone who would listen, pointing to my beautiful, healthy son. And although IVF is invasive and expensive, I knew I’d do it all again in a heartbeat. I already had plans to use one of the remaining embryos from our first cycle to expand our family.
My period returned when my son was a year old, and I busted out my old ovulation predictor kit to help track my cycles. When I saw the little winking egg, I figured, “Why the hell not?” and dragged my husband into the bedroom. I remember joking immediately afterward how that would have done the trick for sure — if, that is, I could get pregnant the old-fashioned way. Which I couldn’t. Right?

Exactly 10 days later, I started feeling nauseated. I told myself it was probably just too much caffeine, but it didn’t feel like too much caffeine. It felt like being pregnant. The next morning, vowing not to get my hopes up, I took a home pregnancy test.

For the first time in my life, the pregnancy test came up positive.

I spent the next few weeks freaking out. I’d taken dozens, maybe hundreds, of home pregnancy tests, and I’d never seen that second line before. Not even a faint one. Not even once.
But the line was real, and so was the baby growing inside me. I was over the moon — but also confused. How, after years of infertility, had I managed to get pregnant without a doctor… and on my very first try?
I’d heard that pregnancy and childbirth can “reset” your fertility. That sounded a little woo-woo to me, but a few studies support it. In one from the French national medical research institute, INSERM, 17 percent of couples who had successfully given birth with IVF later had another child without medical assistance. In Dublin, a similar study published in the journal Fertility and Sterility put the success rate at 20.7 percent, while a smaller Australian study by Monash University, published in the Australian and New Zealand Journal of Obstetrics and Gynaecology, placed it at a whopping 33 percent.
Across the board, these studies found that couples diagnosed with either endometriosis or unexplained infertility (like mine) were more likely to conceive without assistance the second time around than those with a specific diagnosis, such as blocked tubes or low sperm count. Some doctors theorize that pregnancy may increase blood flow to the uterus, alter hormone levels or cause changes in anatomy — effectively resetting things.
Another study published in the British Medical Journal indicates that, particularly for women in their 30s, the very act of giving birth could make you more likely to get pregnant a second time. After tracking 4,801 women over 15 years, it found the likelihood of conceiving quickly was greater for women in their 30s who had given birth than for those who had never had a child. An analysis of the study published in Expecting Science noted that a 40-year-old woman who had previously given birth was more likely to have a baby within 12 to 60 months than a 36-year-old woman who had never experienced childbirth.
So, maybe my first pregnancy reset things, either by shifting my anatomy to give my husband’s sperm a straight shot or by working on a more microscopic level, creating undetectable hormone changes that turned my body into a baby-making machine.
Or maybe it wasn’t pregnancy and childbirth that changed my body, but parenthood.
Before I got pregnant, I lived like a typical busy New Yorker: a little too much work, a little too much booze, a little too much takeout and not quite enough sleep. After having my son, I was more motivated to take care of myself so I could have more energy for him. I cut way back on freelance projects, went to bed at 10 p.m. each night and maintained a healthy fitness and nutrition routine. I was also (coincidentally?) in the midst of Sober January when I got knocked up. Without really meaning to, I’d implemented the most basic lifestyle changes recommended to increase fertility. Could it really be that simple?

More: Choosing IVF Helped Me Come to Terms With Aging

In the end, I suppose I’ll never know. Some people say IVF children are “miracle babies,” but my son wasn’t a miracle: He was conceived thanks to proven techniques in medicine and science backed by years of research.
But I’ll never know how or why this second spontaneous pregnancy happened. The research is scant, and there’s still so much about fertility and the female body that we just don’t understand. This pregnancy, to me, is the miracle. And even without any answers, I’m welcoming it.