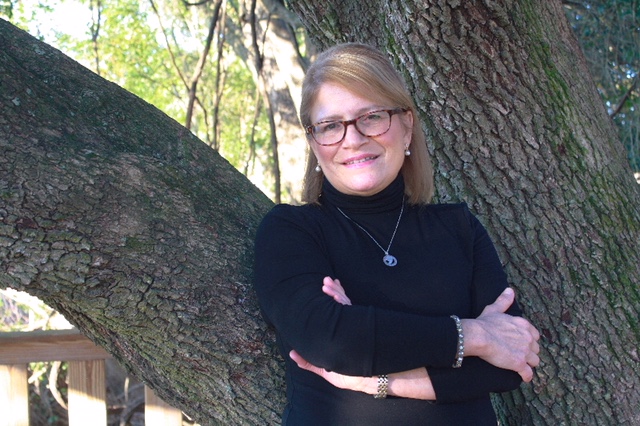 The following is an excerpt from the memoir A Normal Life by Kim Rich, out now from Graphic Arts Books, reprinted with permission and condensed for length.

I am not particularly religious. But my Italian Old-World Catholic grandmother was, and for a time during my childhood, I lived with her. She would enthrall me with tales of the Virgin Mary appearing to young children atop bushes… At age 7, I thought it would be pretty cool to see the Mother Mary. But I’d long forgotten about such notions by the time my own miracle occurred.

For the previous six years, my husband and I had tried to have a child. We began that effort soon after marrying. I’m 10 years older than he is, and my biological clock — at age 37 — was well into the bonus round. In our efforts, we endured one setback after another. Early on, we declared that we weren’t going to be “one of those couples” who try everything and go to the ends of the earth and all just to have a kid. But then we went to the ends of the earth and all.

We traveled extensively to undergo elaborate and multiple in-vitro-fertilization procedures in Seattle. I still have scar tissue from all the shots. As if that weren’t enough, we were scammed by a private adoption agency for $7,000. At yet another point, we were told I suffered from an auto-immune condition. We began a year of treatments at a clinic in the San Francisco Bay area. Luckily, my husband’s work took him to S.F. on a frequent basis, but if we had been told to go to Timbuktu for something that would have resulted in a baby, we probably would have done that, too.

More: Not Your Mom’s Adoption: What the Process Looks Like in 2018

A few years later, during a routine mammogram, I was diagnosed with breast cancer. That was bad enough, but the worse news was that we had to put our efforts to start a family on hold. The good news was that my cancer was caught so early as to be labeled “Stage 0” — no lump, just some specs of calcified, minute growths inside a breast duct. But since I was premenopausal and trying to have a baby, I decided to take a scorched-earth approach to my cancer: I chose a double mastectomy with implant reconstruction.

We ended up going through four first-trimester miscarriages. Two of those pregnancies were from the in-vitro procedures, and two were what’s called spontaneous pregnancies, aka the old-fashioned way. The first miscarriage was devastating, but after that one, it all began to feel like one big science fair project that wasn’t working out.

Meanwhile, we signed up with Catholic Social Services in Anchorage, seeking to adopt. All along, this was our plan. We didn’t care how we got a baby — just that we got one. I even decided that I would do both, if possible: adopt and give birth to children.

More: These Organizations Help People Afford the Cost of IVF

So what about that miracle? Here it is: During one midmorning hour on a Tuesday, we learned our adopted daughter had just been born — and that I was pregnant with twins. That’s right: A birth mom had chosen us, our oldest daughter was born that morning, and the ultrasound revealed we were having twins. Suddenly, we were the parents of, essentially, triplets.

Through early testing, a few days earlier, we had learned that I was pregnant. Again. And we had declared this would be the last time we were going to go through this. We had endured so many losses, and we didn’t have any expectations that this one would survive.

That Tuesday, I had insisted we go into our obstetrician’s office because I felt I was miscarrying (the day before, I had some spotting). Meanwhile, my husband had gone to work that day to find a message from the adoption agency telling him we had been picked by a birth mom. When he returned the call, they told him that the baby — a healthy seven-pound girl — had been born that morning, two weeks early. My husband told me this incredible news as he drove us to the doctor’s office for my appointment. And when we got there, during the ultrasound, we saw it — or rather, them — two heartbeats.

The doctors in Seattle had assured us that if we were, by some miracle, to become pregnant with twins, the pregnancy would be more likely to go to term. Twins. Plus one equals three. I was 44.

My husband’s response: “They are meant to be together.”