“Anyone who says they don’t occasionally hate their kids is lying,” I wrote on Facebook a few years ago. Of course, someone immediately accused me of being a bad parent for even suggesting such a thing. But she was wrong: The bad parents? Those are the ones who don’t admit to this. Because that’s when things can get out of hand.

The truth is, kids are often horrible creatures. They’re noisy, messy, disruptive vampires who’ll stay awake all night and leach your body dry. You’ll love them more than life itself, which is good, because they’ll also totally ruin your life. And they’ll turn you into a monster, too — whether that means anxiety, postpartum depression, or something even more mysterious and complicated.

I never thought I would be capable of physically hurting my child — until one sleepless night when I found myself in a primal, animalistic rage, sinking my teeth into my toddler’s chubby arm. And it all happened so quickly. One minute, they were thrashing around in the bed, refusing to sleep and the next — it was a restrained bite, but the intention was still there. So, what had led me to this point?

The short answer is: sleep deprivation. The long answer is: I’m a solo mom, and after a relentless six months of colds and ear infections and teething and chronically abbreviated sleep, I was no longer my usual self. To top it off, my child had picked up a burrowing parasitic worm in Cambodia, which went undiagnosed for the entire six-week holiday; the poor kid was driven crazy with the itching, and neither of us slept for more than 20-minute stretches for the entire trip.

By the end of the “holiday,” I was biting my arms, scratching my legs and drawing all over my body with red pen — anything to stop me from hurting my baby or jumping off the hotel balcony — which one day actually started to seem like a viable way to end the tiredness. I didn’t really want to die. I just wanted to sleep. But at that point, they felt pretty similar. 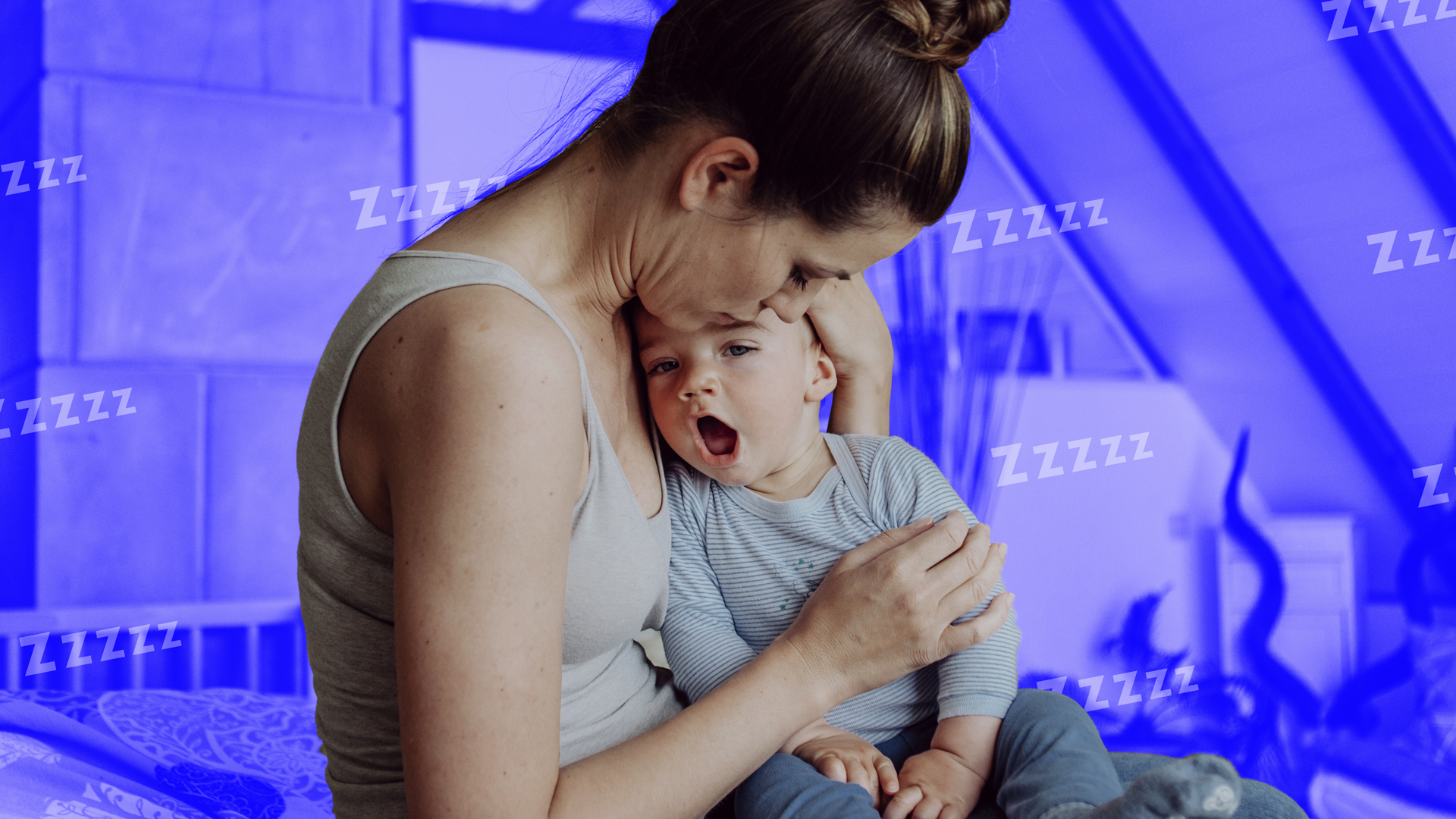 I remember telling people, “I’m not OK.” They’d nod vaguely and suggest useless things like getting a babysitter and having a night out — as if a late night and a hangover would somehow make it all better and not worse. I don’t have a history of suicide attempts or self-harm, but at one point, I genuinely considered writing, “I am not OK,” in my own blood on the walls. “Maybe then they’ll take me seriously,” I reasoned.

Looking back on this is absolutely terrifying, but that’s how badly lack of sleep messed with my head. As a friend pointed out, sleep deprivation is commonly used by cults as a form of mind control. It aids in getting people to do weird things like handing over all their money and property and committing group suicide while wearing Nike shoes. And yet parents in the same situation are trusted alone with their kids.

Recently, I tapped into the collective wisdom of two of my frankest Facebook parenting groups: “What’s the worst thing you’ve ever done as a parent?” I asked. In one group, I received over 150 replies — stories varying from, “I put my kid’s pajamas on as roughly as possible because I was so angry” to “I left my screaming 4-year-old by the side of the road and drove off in a rage.” Normally serene people confessed to banging their heads against walls, putting their fists through walls or wanting to throw screaming babies against walls. The most patient parents I know have admitted to yelling, “I hate my life; I wish you were dead!” or singing twisted lullabies (“This is not a life / This is prison” or the crowd-pleasing “Go the fuck to bed / or I will drop you on your head.”)

But before you start judging, stop and consider just how many people have tales like this to tell. I’m not saying it’s OK to do any of this. None of these angry parents are proud of what they’ve done. But it was interesting for me to learn that I was not a particularly unusual case. Parenting is such hard work, but dialogue currently stops at the level of the “mommy needs wine” memes. But if you admit to anyone exactly how hard it is — the dark 3 a.m. truth of holding a pillow over your child’s head just to test how that would work or shaking their cot in frustration — people recoil in horror. There are no funny memes for that stuff, but so many of us are secretly feeling it.

We’re all also carrying a hefty sack of shame over our shoulders for thinking or doing these things in the first place. A friend posted my question in another more virtuous parenting group to see what the response would be there. Most of the parents were horrified when she said she was anti-smacking but had reflexively slapped her child in a haze of frustrated exhaustion. She got shut down and eventually blocked. We’re expected to be perfect parents, but this pressure is a large part of the problem. All it does is make people feel guilty and hide it when they need help.

As for me, my main problem was lack of sleep, pure and simple. I needed an overnight babysitter even more than I needed a therapist. What I did end up doing was going to a sleep-training center, which completely went against my attachment-parenting politics but ended up being beyond useful; it saved me from myself.

So, if you feel you’ve lost control, crossed your own boundaries and done things you don’t agree with, then please don’t hide it. Reach out. Get help. See a therapist and talk to your GP about postpartum depression and other possibilities. Ask them about free health services you can tap into, like sleep centers or antenatal counseling or child care rebates. Read this piece on how to manage parental anger.

If you’re considering suicide or fear you may become suicidal, please call the National Suicide Prevention Lifeline 24-7 at 1-800-273-TALK (8255). If you’re worried about someone you love, visit SuicidePreventionLifeline.org.

A version of this article was originally published in April 2018.

Here are some mental health apps that can help.