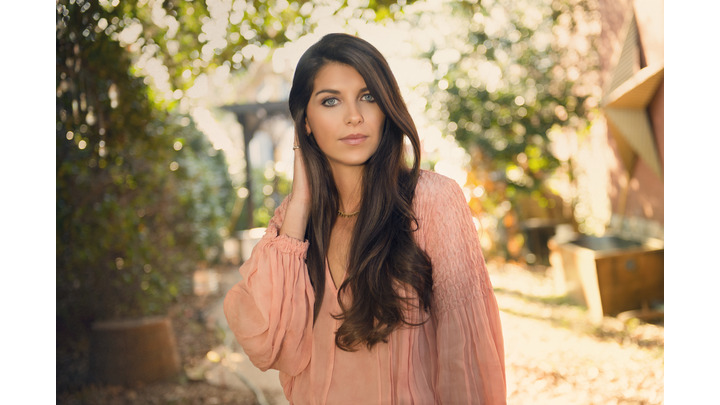 When the creator of The Hills and Laguna Beach, Adam DiVello, asked my husband Kerry and me if we would like to be part of his new docuseries, Music City, the first question I had was about our 2-year-old son, Wolfgang. Would he need to be on the show too? The answer was yes.

In the months following, Kerry and I took some time to talk with a lawyer and discuss with trusted friends and mentors whether this was an opportunity we should seize. And today, we’re very glad we did.

Yes, Wolfgang is spending his toddler life on reality TV, but his short 2-1/2 years of life have actually prepared him well for the show. Before we even started filming, Wolfgang had been on over 20 flights, lots of road trips, had lived in four houses and had hiked to 12,000-foot peaks on Kerry’s back. He spent most of his time with adults — traveling, playing music, camping and joining me at my work as a nanny. So, when a few more adults with cameras joined our adventures, it wasn’t much of a shock for Wolf.

My kid is very outgoing and adaptable. And while some might feel that I’ve exposed him to too much at such a young age, I support all types of parenting — and for me, the way I parent has been a conscious choice from day one.

I’ve been a nanny for 13 years. When we found out I was pregnant, Kerry and I agreed that this baby was going to join our life as it was; we were not going to make him the center of the world.

In my experience as a nanny, and now as a mom, kids are their healthiest — mentally and physically — when they feel secure. And that security comes from two things: knowing they are unconditionally loved by their parent or guardian and knowing that their parent or guardian is in charge. Wolfgang is so secure in our love (and ultimately God’s love) for him and in our direction that I am at peace with his participation on the show — and ultimately with his choices as he grows to be a young man. Plus, the Music City production team and camera crew absolutely love Wolf and treat him like their own kid (and BTW, each person working on the show was required to pass an extensive background check).

More: Should Your Child Play a Musical Instrument?

Everyday life on the show with my son is really fun; he and I both love attention, so having people watching us is exciting. And it’s actually given us a real sense of community too.

Living in Nashville can feel pretty solitary for me because my husband travels a lot to play music (be prepared to see some lonely ugly-crying from me if you decide to watch the show). But having Wolf helps with that isolation, and now, having the crew around makes me feel even more connected. We have become really close with all the camerapeople, producers, production assistants and everyone else who works the long hours it takes to make something like this happen. Honestly, when we wrapped Season 1, Wolf and I were so sad — because all our new friends were suddenly gone.

All in all, it has been a once-in-a-lifetime opportunity. Just think of the “home videos” Wolfgang will have to look back on! And I assure you, if at any point I am not 100 percent confident that Wolf is safe and in good hands, I will pull him from the show. He is my No. 1 priority, and your entertainment is No. 2.

A lot of people wonder what Wolf will think of all this — his toddler years being documented on TV — when he’s grown up, and I wonder too. I know I’m definitely looking forward to watching episodes of Music City with him as he gets older, and I’m excited for him to see how his dad and I have had to work hard to help our family succeed.

I’m also looking forward to explaining to Wolfgang that all families have problems and that there is always hope for redemption. Yes, he will see through the show that I was unfaithful to his father while we were separated, and he’ll see how his dad was gone a lot and how that hurt me. But he will also see that we love each other and him unconditionally.

In a world where everything seems to have a filter, an auto-tune and a hashtag, I hope Wolf sees that real life and real love are raw and difficult and messy. I hope he sees that each day is a new day, and there is nothing that can ever separate him from our love.

Tune in to Music City on Thursday nights at 10/9c on CMT.