Happy National Handwriting Day, everyone! Or rather, unhappy and hotly controversial handwriting day? That would honestly be more accurate. Because, for one thing, isn’t teaching handwriting somewhat antiquated? It sure hasn’t been especially popular in recent years with its exclusion from Common Core in public schools, and with so many kids learning to “write” on iPads and tablets well before they can pen a sentence. So why are any schools even teaching cursive — and should they bother?

But, surprise: Experts say there may be benefits to practicing good, old-fashioned handwriting. And there’s actually now an uptick in states passing or working on legislation to make learning cursive mandatory — yep, required — in schools. Could cursive be making a comeback?

Cursive’s brain-building benefits have also been documented more frequently in the past few years: It’s been proven to stimulate brain synapses and synchronicity between the left and right hemispheres according to Psychology Today. A study published in Psychological Science shows kids retain learning better when they take notes manually (rather than typing). And interestingly, occupational therapist Suzanne Baruch Asherson writes in The New York Times that “The College Board found that students who wrote in cursive for the essay portion of the SAT scored slightly higher than those who printed.” Fascinating!

But there are parents and educators alike who remain unconvinced. Debate.org‘s “Should cursive writing be taught in schools?” post has a 66 percent yes response. So who are the other 34 percent?

Mom of two Robynn Markus, for one. She doesn’t see any benefit to learning cursive. “What was the pro of it ever?” she asks. 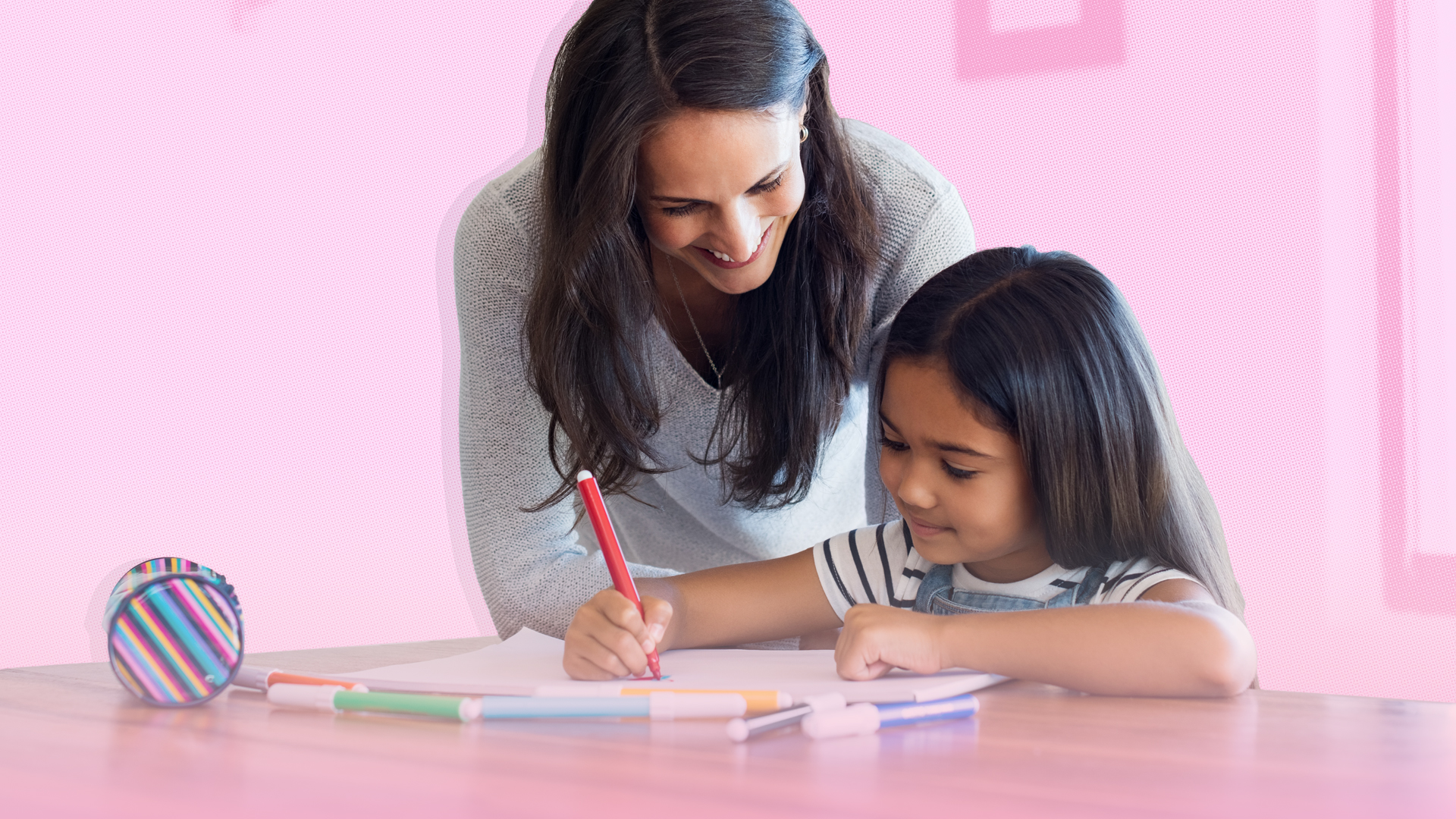 Assistant professor of education Morgan Polikoff is also of the opinion that cursive should be allowed to die off. “Very small proportions of adults use cursive for their day-to-day writing,” he writes in The New York Times. “Much of our communication is done on a keyboard, and the rest is done with print.” Polikoff argues that the Common Core curriculum now used in schools already has enough subjects; adding cursive would make it less focused.

On the other hand, mom of three Rebecca Morrissey is pleased her older kids learned cursive in third grade at their public elementary school, and she’s looking forward to her youngest learning as well. “I’m glad they learned so they can sign their names, read other’s writing and so they (hopefully) can have another traditional way to communicate. Developmentally, I think it improved their penmanship.”

One mom of four, Hayley King, is so pro-cursive, she even teaches it herself. “I home school — have home schooled — my children and I am very pro-learning cursive. There are many many reasons why, but some of the main ones off the top of my head are learning how to write signatures, reading old documents, etc.”

Mom of two Claudia De La Torre has a third-grader who is learning cursive. “I love it, and her teacher is also teaching them typing skills,” De La Torre says. “My daughter has sloppy writing, but her cursive is neat.”

Some educators and parents remain on the fence. Teacher and mom Lindsey Anderson says it depends on the child’s academic situation. “As a teacher, I’m pro-cursive if the student is reading and writing at or above grade level… but if your kids are struggling, I’d use the time to focus on the basics. In my class, I’d never take time to do cursive if kids couldn’t even read or write at a third-grade level. But ideally, [cursive is] beneficial.” 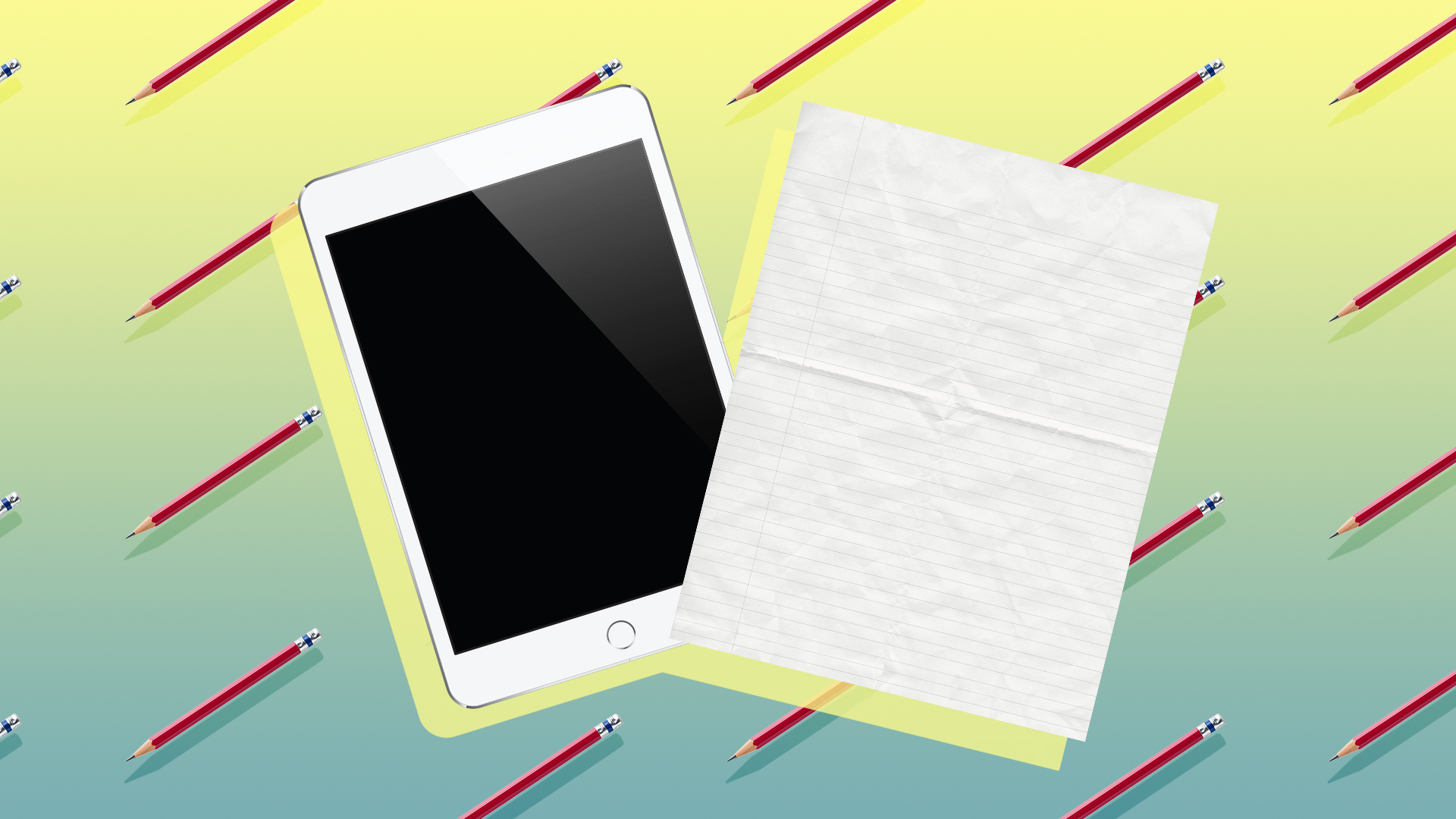 Another parent and teacher, Megan Linares, feels similarly. “I taught middle school for 10-plus years, and I completely agree with this. Ideally, [cursive] would be taught, but there are so many students who are behind that I can understand why it is not always taught. The thing that bothers me is that I think it is sometimes not taught because there is so much focus on state testing.”

In addition to testing, texting and typing have also arguably kept kids from cursive. But one entrepreneurial rabbi, Issamar Ginzberg, hopes to encourage handwriting through his new educational flash card game, Cool Cursive. He asks the question: What happens when kids can’t use their handheld gadgets to take notes or sign a necessary document? “If you can’t take notes, if you can’t write a check or a short note in cursive, it’s a boatload of trouble in addition to the loss of an important historical connection,” Ginzberg says.

Practicality and historical appreciation aside, Ginzberg also notes the brain-boosting power of handwriting. “When you write down what you hear, you will remember what you heard much better than just hearing and hoping you remember,” says Ginzberg. “Writing as opposed to typing uses more parts of the brain, which aids tremendously to memory. Better retention means it’s not just heard, but actually learned.”

“There’s a myth that in the era of computers, we don’t need handwriting. That’s not what our research is showing,” University of Washington professor Virginia Berninger told The Washington Post. Berninger has coauthored studies that elaborate on her findings. “What we found was that children until about grade six were writing more words, writing faster and expressing more ideas if they could use handwriting — printing or cursive — than if they used the keyboard.”

Even Ginzberg admits that cursive itself is a less-than-thrilling practice. “The old class activity called ‘penmanship’ that schools had when I was a kid was not fun,” he recalls. “The challenge of gamification and making education fun is the key to keeping the next generation intrigued and involved.”

Luckily, there’s probably an app for that.

A version of this story was originally published in January 2018.