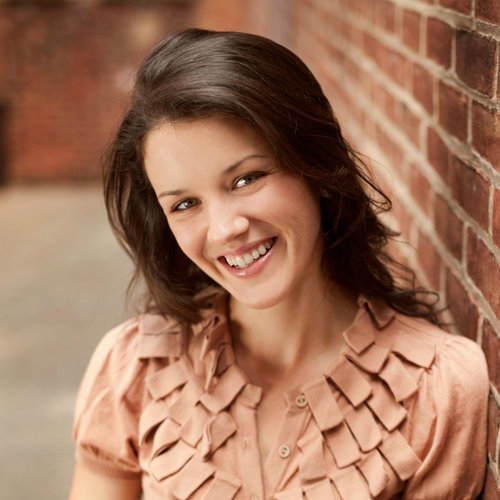 January 30, 2018 at 4:00pm PM EST
Share
In a recent photo Hilaria Baldwin posted to Instagram, she’s standing next to a mirror. Her iPhone is aimed at her reflection. She wears a black lace bra and matching underwear and the coverage is equivalent to that of a bathing suit. Soft bathroom lighting illuminates the curve of her growing belly; she’s pregnant with her fourth child with actor Alec Baldwin. A “bump shot” like this is uncommon on Instagram, and certainly on Baldwin’s page –– but, unfortunately, neither are the comments that immediately start to roll in.
“It’s not normal to be posing in your lace underwear and posting it on Instagram to show how your pregnancy is going.”
“We’ve seen this pose over and over, and if you can’t be as elegant as Demi, then do not try.”
“Why so many kids?”
“She just makes women feel shittier. I can’t stand her.”
“Yuck.”

About the criticism, the author and mom of three tells SheKnows, “It hurts. People always assume you get used to it, but, no, you don’t get used to it.”

Still, Baldwin says that’s the whole point of her posts: to bring awareness to this backward way of thinking and of treating people on the internet. Comments like these, Baldwin says, are what led her to become more private during her first pregnancy — with her daughter, Carmen.

“I had struggled with an eating disorder as a child and young adult,” Baldwin says. “Even though I was in a great place with eating, all of a sudden I was thrown into a completely different form than what I was used to.”
When she was asked to pose for a photo shoot with her belly exposed, Baldwin says she balked at the idea. “I was very against it and nervous about it,” she says. But when she became pregnant with her son, Rafael, Baldwin says she decided to shift her perspective — not just for herself, but to help normalize pregnancy changes and self-love for her fans.
“When anybody’s talking about or is passionate about something, it’s either because it’s something they’ve worked on or something they are continuing to work on,” Baldwin says of her body-positive mission. “And that was definitely part of it for me.”

More: Tammy Duckworth Will Be the First U.S. Senator to Give Birth While in Office

Scroll through Baldwin’s Instagram and you’ll find multiple posts during her pregnancies with Rafael and Leonardo that show off her changing shape — not quite as many during her most recent pregnancy, Baldwin notes, because it turns out three kids can keep you rather busy. And on the flip side, Baldwin also shares photos of her postpartum body; she even posted a photo in the hospital bathroom after Leonardo was just 24 hours old.
“It always makes me a bit nervous to do something like this, but I feel that in the age of such strong body-shaming, I want to do all I can to normalize a real body and promote healthy self-esteem,” she captioned the post. Of course, it’s worth mentioning that Baldwin is a white, straight, thin, able-bodied, cisgender and conventionally attractive famous person, which means she is likely only facing the tip of the iceberg that is the internet (and IRL) body-shaming so many women and people of all genders must endure. But that doesn’t mean she isn’t struggling.

Plus, being a famous person means Baldwin has a greater reach and platform to receive support — and to receive criticism. In fact, she says being in the public eye definitely affected her decision to speak out; she wanted to reach and inspire more people. “I am a teacher. I believe I was put on this Earth to help other people; that is why I became a yoga teacher,” the longtime yoga practitioner says.

This is the philosophy behind Baldwin’s recent book, The Living Clearly Method: 5 Principles for a Fit Body, Healthy Mind & Joyful Life, which includes tips for finding balance and perspective in the midst of everyday situations. Baldwin says she tried to make content accessible by pulling from her own (awkward, painful, hilarious) experiences as a mom. For instance, the other day, she was about to head out the door with her husband for his SNL appearance when she looked down and realized she had poop on her dress.
“I didn’t know which of my two sons it actually came from,” she tells us, laughing. “It was one of those things where I thought, ‘I could get upset and stress about it, or I could be, like, whatever. I’m going to change my clothes.‘ So, I just changed my clothes, you know?”
Baldwin explains that her goal is to help people manage those everyday stressors by thinking, “How can I handle it and move on?” Of course, that attitude doesn’t always come easily, Baldwin adds, and it’s a concept she had to work on when she was grappling with her body image.
“I’m extremely happy with my body now,” she says. “But when I wasn’t in that frame of mind, I would say, “I am struggling because it is my job to help people, and I am going to learn these things and learn them really well so I can pass on this information and be really present for it.’”
A self-described problem-solver, Baldwin says she will research something until she comes up with a solution that feels good to her. “Never am I just like, ‘Oh, I don’t know. I give up.’ I’m very focused on a solution for everything.”

Part of her recipe for self-love, Baldwin says, came from Oriah Mountain Dreamer’s “The Invitation,” which includes a passage that says, “I want to know if you can be alone with yourself and if you truly like the company you keep in the empty moments.” It’s a mantra Baldwin has repeated time and time again because for a long time, she didn’t like to be alone with herself. Instead, like so many of us, she used distractions (tech, work, parties) to avoid getting to know herself on a deeper level.

But now? “I’m getting to the point where I am never alone with myself,” she says, laughing. “But in the rare moments that I am alone, I really enjoy my company.” Today, Baldwin says, she is happy — not only with her body, but with the person she has become. Let’s hope we all get there someday.