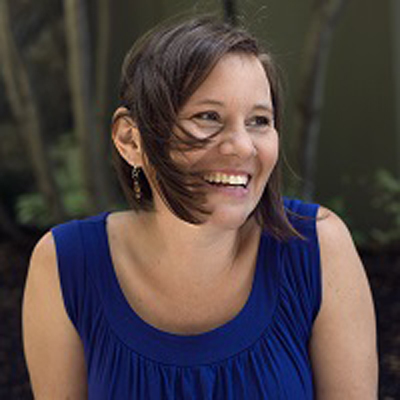 Anyone who came of age since the 1960s knows about “stranger danger,” the concept of warning children that any unknown adult could be a potential “bad guy.” But it’s high time we moved beyond that black and white way of thinking and focused on “tricky people” instead.

The “tricky people” phrasing came about in the mid-2000s and is becoming a popular tool among millennial parents to teach their children how to identify safe vs. unsafe adults (strangers or otherwise) — and protect themselves from abduction and sexual abuse. Shifting away from the helicopter-parenting approach of previous generations, many millennials are instead focusing on empowering their kids and fostering their independence — what Time magazine described as “following and responding to their kids more than directing and scheduling them.”

More:  YA Books to Start the Conversation on Sexual Assault

Although the stranger danger warning has been a default parenting strategy to protect kids for many years, it’s outdated and doesn’t teach decision-making skills. Here are some of the main reasons stranger danger doesn’t work, why the concept of tricky people may be more effective and some of the top safety tips we can teach our kids to help them think critically, make smart choices and avoid predators.

When I was a little girl, my mom taught me to be afraid of strangers. I was also very shy, so I was absolutely terrified to talk to anyone I didn’t know (and some people I did know). I was convinced a strange, unknown kidnapper was going to show up and snatch me from my bedroom in the middle of the night. I obsessively checked all the doors and windows — more than once — every night to make sure they were locked before I went to bed. It’s scary as a child to imagine the entire world, which is inherently filled with strangers, is bad and out to get you. And it’s also just incorrect, because…

2. Not all strangers are bad

Simply following the ingrained “don’t talk to strangers” advice many of us were raised with does not actually protect kids from many real threats they may face. A whopping 90 percent of all childhood sexual abuse is initiated by someone the child knows, not a stranger. Plus, avoiding all strangers can be problematic when a child may need to ask an unfamiliar adult (a police officer, for example) for help in an emergency.

3. The concept of “stranger” is abstract

Another reason stranger danger isn’t very effective is because it can be a difficult concept for young children to understand. In a study a few years ago, with permission from parents, a police officer dressed in street clothes asked several young children in a park to help him find his lost puppy; most of them went with him without question. When asked by their parents later about why they would go with a stranger, the children all had similar answers along the lines of, “He wasn’t a stranger; he seemed nice.” Possibly due to the stranger danger warning overload, many very young children may think of a stranger as simply someone who looks dangerous — who appears mean or different from them or who is wearing dark clothes and a hat, like the figure in a neighborhood watch sign.

More: How to Spot Signs of Sexual Assault in Kids — & What to Do Next

So, what is a tricky person?

The term tricky person was coined by Pattie Fitzgerald, child safety advocate and prevention education consultant who founded Safely Ever After with the goal of teaching parents and children “effective skills and tools to keep them safe from predators.” The term tricky person is a way for kids to think about the situation they are in and identify dangerous people based on their actions, not simply whether they’re a stranger.

How to identify a tricky person

1. Focus on behavior, not appearance

You can start talking to kids as young as 3 years old about tricky people by teaching them to be skeptical of any adults who are displaying suspicious or potentially dangerous behavior. Make a point to help them understand that tricky people might seem friendly or nice and won’t necessarily look mean or scary; they might even be friends, teachers or family members.

2. Behaviors to watch for

Teaching kids about tricky people empowers them to ask questions and think critically about the situation they are in. Kids can learn to be wary of adults who exhibit suspicious behaviors, such as asking a child for help, trying to plan alone time with a child, giving kids random gifts or constant praise or attention, asking a child to keep a secret from their parents or teachers or touching a child too much (including tickling, hugging, wrestling) or in private areas. It’s important to teach kids that any of these tricky behaviors are not normal, regardless of whom they’re coming from. And for your part, make sure you take your children seriously if they share that any of these have happened.

3. Explain to kids what to do if they encounter a tricky person

Once your kids understand what a tricky person is, you also need to tell them what to do about it. Here are some things you can tell your child:

We know it can be scary to be a parent. You want to protect your children from harm, but you can’t be with them every minute of every day, especially as they get older. An important part of parenthood is empowering our children with the skills, confidence and knowledge they need to make good decisions on their own — to be independent and to become contributing citizens in our communities. Teaching kids about how to think critically to identify and respond to tricky people (rather than simply writing off all strangers as bad and all known adults as good) is a valuable skill that will help protect them from harm and prepare them to be out in the world on their own.