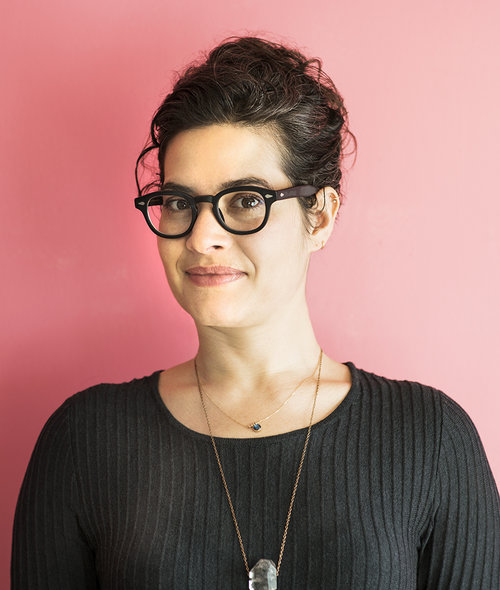 At a recent restaurant dinner, I was seated next to a 14-year-old boy. When a newborn at a nearby table started to wail and was carefully attended to by her mother, the teen and I exchanged a pained look. But it was his next comment that caught me off guard. “That’ll be you pretty soon, huh?” he asked, nodding toward the overwhelmed new mom.

Related story 6 Questions About Menopause You Were Afraid to Ask

When I responded to this young man by telling him I didn’t want to have kids, he continued to press the issue. “Oh, you’ll change your mind.”

More: People Think I Have a “Designer Baby” Because I Chose His Sperm Donor

What? At nearly 40, being assured by an adolescent boy I’d want to have kids felt completely undermining. So I ended our conversation with a flat, “No, I won’t.” I chose not to unload my frustration stemming from the years of kind rebuttals with which I’ve had to respond to this kind of inquiry.

The opinion that of course an adult woman must want to have children crosses age, gender and social boundaries. I once heard a woman at a nail salon assure me I wasn’t “too old” despite the fact that I had expressed zero concern about my age. Then there was the friend who raised her eyebrows and insisted, “But, you’d be a great mom!” despite the fact that I hadn’t confided any worries about potential parenting.

Believe it or not, it’s true. I’m a healthy, happy woman who loves kids, and I am confident in my ability to raise them. I was a professional nanny and completed a master’s degree in education. I just don’t want my own kids.

More:  Hey, Siri, Should I Have a Baby With My Boyfriend & His Wife?

As someone who has no “reason” not to have children — a genetic disorder that might be passed down, for example, or a fertility issue or even a traumatic childhood of my own — stating that parenthood “just isn’t for me” is never the end of a conversation. Of course, if you’ve had to defend this choice yourself, you know the range of possible responses: Maybe you’re still looking for the right partner or dealing with a lack of financial stability or are concerned with overpopulation and the incredible impact having a child has on the environment. These are all valid reasons to pass on childbearing; they’re just not my own.

The New York Times even published a column about what to say when people ask why you aren’t having children (hint: Don’t get defensive). But while one can certainly respond gracefully to that weighted question, perhaps we should instead turn the tables and ask, “Why are you asking about someone else’s reproductive choices?”

In our society, the number of women who reach age 40 child-free doubled from 1970 to 2000, though it still hovers around a meager 15 percent. The reproductive choices available to women continue to improve — with women able to prevent pregnancy while pursuing their careers or achieve it regardless of partnership status or in the face of fertility challenges. Yet as a culture, we still view childbirth as a crucial part of women’s societal roles and value it above and beyond other aspects of a woman’s life. Doctors avoid sterilizing women who haven’t had kids, even in cases when carrying children could pose serious health risks for those women. Then there’s the fact that women who choose not to have children can be expected to spend longer hours at the office because their time isn’t devoted to rearing children. Even the pope chose to categorize not having children as “selfish.”

The procreation expectation, for me, is finally nearing its end, not only because friends know me well but because I’m aging out of childbearing years. I’ve started to get a glimpse of what conversations could be like if society didn’t focus so heavily on women as childbearers. Friends ask me about my creative projects and my small business. My parents value the time I’m able to spend with them traveling and talking about politics, not school concerts and a 12-year-old’s soccer games. With my female friends, we talk about financial stability and relationships and work. And when we talk about their children, I empathize with parenting when I can; other times, I say with all honesty, “I have no idea what that must be like.” And that is refreshing.

More: I Placed My Son for Adoption — It’s OK If I Die Without Another Kid

These days, the #MeToo and #TimesUp movements highlight the need for women’s choices, opinions and personal experiences to be trusted and valued — and also bring solidarity in the face of harassment to the forefront. It’s about time we also reached a cultural moment in which a woman who chooses something other than parenthood is asked about the things she has chosen to pursue rather than being confronted for foregoing a lifestyle that doesn’t fit her.

Do not ask someone about their reproductive choices. Period. Instead, see the person. Ask about the things they have done in life. And above all, trust that they mean what they say.

18 hrs ago
by Debbie Feit