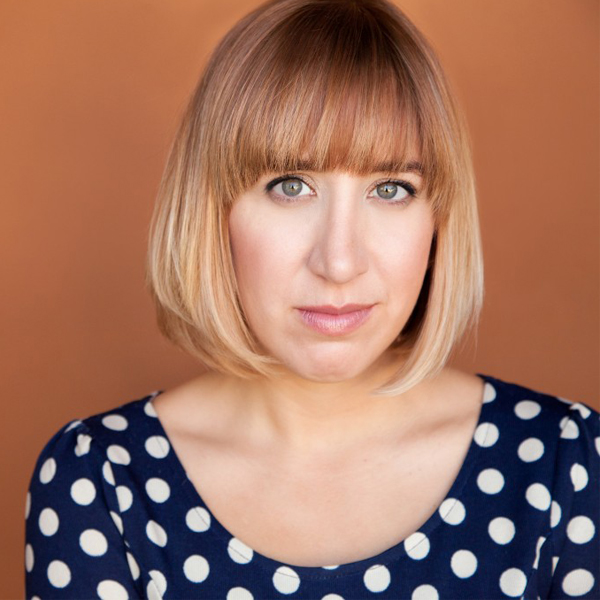 October 24, 2017 at 4:00pm PM EDT
Share
I may be the least likely conceivable candidate for a home birth. I’m 33, and I’ve never gone camping. Not that pushing a speaker system-size child out of a hole the size of an auxiliary cord input while fully sober is the same as sleeping outside in the cold on the hard ground, but what I mean to say is, I’m not generally into roughing it.
Additionally, the only thing I’ve ever been genuinely afraid of is childbirth. Maybe it’s because the story of my own birth was so traumatizing. Maybe it’s because our society teaches us again and again that childbirth is the most punishing endeavor a human could ever endure.

The week I found out I was pregnant, I watched Ricki Lake’s The Business of Being Born on Netflix; it’s a documentary about the aggressive machine of the hospital birthing system. It’s a one-sided documentary, true, but that one side is massively compelling. Why should I be so afraid of this miraculous moment? Couldn’t I do it differently? What if I weren’t drugged and then pressured into having a C-section by a dispassionate OB who just wants his/her shift to be over? Over 30 percent of all hospital births are C-sections, sometimes because it’s just easier on the hospital staff than waiting around for a long, tedious vaginal birth. Natural births and the use of midwives are on the rise in modern America, but even still, only about 2 percent of all births in the U.S. occur at home. After watching The Business of Being Born, I felt convinced — nay, compelled — to give birth at home.

So I hired a midwife and prepared to do just that. I ordered a birthing kit, which included two waterproof mattress covers (?!) and a blend of Dead Sea salt and various tree roots for postpartum sitz baths — a miniature plastic toilet tub into which you lower your aggrieved-upon genitals to soothe them in hot water and herbs. “Oh, God,” I thought. At least with a hospital birth, you don’t catch a glimpse of the postpartum recovery process until you’re there. What unspeakable truths were about to befall my body and my home? And why couldn’t I find any articles or essays online that described how childbirth really felt?
As my due date came and went, an odd calm washed over me. I was prepared. I had taken childbirth classes with other home-birth hopefuls, doing readings with chapter headings such as “Comfort in Labor: How You Can Help Yourself to a Normal, Satisfying Childbirth.” I had studied approximately 4,887 YouTube videos of home births, examining the women’s mid-contraction expressions like I was prepping for the GREs. I had created a melodic birthing playlist on Spotify called Earthside. I ordered an egregious amount of candles on Amazon. It was going to be fucking beautiful.
Three nights after my due date, I awoke in the middle of the night with some intense contractions. They were unmistakable: metal skeleton hands reaching across my abdomen, squeezing my insides. We called the midwife. She told me to go back to sleep. “Sleep?” I thought. “When a baby could just be popping out of my body any second now?!”

Oh, how I laugh at naive, five-months-ago me. Ha-ha-ha! You idealistic fool. You see, I was about to enter a five-daylong labor. I had contractions all day and night that Friday, Saturday and Sunday. Because they weren’t following a pattern and weren’t five minutes apart, I wasn’t considered in “active” labor yet. I woke up in the middle of Sunday night to my water breaking — fluid gushing out from between my thighs. Good thing I had those waterproof mattress covers! “This is it,” I thought again. But no. Still no consistent contractions.
Once your water breaks, you’ve got 48 hours before you enter a dangerous zone in which the baby could potentially become infected from being unprotected by the amniotic sac. My husband and I did everything we could think of to get the baby moving and to get me into active labor. We took long walks, stopping every block to get through a bout of contractions. We ordered spicy Thai. We had a chiropractor come to the house to try and turn the baby into a better position. We went to an acupuncturist specializing in prenatal issues.
On the fifth night, the contractions came in harder and faster than ever before, every three minutes. My best friends came over and held my hands while I alternated crying in a hot bath and moaning in a hot shower. My midwife arrived at midnight and inflated and filled the water tub while I rotated from room to room, moaning, crying, feeling utterly helpless and wondering when this would end. Worst of all, my midwife checked how much I was dilated — and it was only 4 centimeters. Despite having been in labor for a hundred years already, I had a long, long way to go to get to 10 centimeters. I wasn’t even in transition yet, which happens at 7 centimeters.
I was never able to enter the meditative maternal state I’d read I could enter with a home birth, and certainly not the orgasmic state (#FakeNews alert) touted by the terrible documentary An Orgasmic Birth: The Best-Kept Secret. For one thing, I had a stitch in my side because my baby was apparently in a weird position all on my left side, although the contractions heaved across my entire abdomen, there was nothing to wrench on my right side; this left an insanely horrific cramp that crawled from my pelvic bone to my breast and didn’t stop. The whole thing about contractions is they’re supposed to come in and out like a wave, giving you a pain-free rest in between. I never had that.
The following morning, I had my midwife check how dilated I was again. “You’re only at 4 centimeters,” she said. “I must have mis-measured you last night when I said you were at 7. You’re not actually in transition at all.”
I would have been heartbroken if I had not been wracked with wild pain. “We have two choices,” she explained. “We can either take you to a hospital to get an epidural, or we can put you in an inversion pose and hope that shifts the baby enough to put you into transition.” I looked at my best friend, whom I had watched so seamlessly, it seemed, deliver her son at home just a few months prior.

More: These Stunning Photos Might Make You Want a Water Birth

White flag. Surrender. What ensued was the world’s longest nine-minute car ride in which I vomited all over myself — and finally, at last, an epidural. I had been so afraid of that needle into my spine, but it felt like a paper cut in comparison to the days of contractions that had preceded it. Relief washed over me, and the bottom half of my body went numb. Joyfully numb.

It took another 12 hours on Pitocin to send my stubborn son, comfortable enough inside me, cushioned by months and months of waffles I had craved and eaten, Earth-side.
“A man walks down the street,” Paul Simon sang out from my iPhone during my last push as my son finally exited my womb. “It’s a street in a strange world… Maybe it’s his first time around. He doesn’t speak the language…”
Thanks to the epidural, I didn’t feel any pain when I pushed my son out — just love and love and love.
“I can be your long-lost pal,” Simon crooned as I held my red-faced son in my arms for the first time. Honestly, none of it mattered. He was here. He’s here.