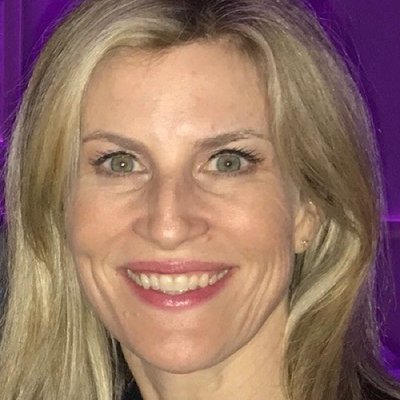 My daughter is a tween these days, but she already has the best story to tell at future cocktail parties: The story of how, when she was 8 months old, her parents decided to give her an entirely new name.

I had been pretty convinced my daughter was going to be a boy. Mother’s intuition, right? So I didn’t think much about girl names. My husband liked the name Presley and that sounded good to me — even once we learned she was, indeed, a girl.

But a few days after her birth, I started cringing every time someone used the name Presley. It wasn’t that I didn’t like the name. I really did. It just didn’t seem like her name. She didn’t seem like a Presley. But honestly, what the heck did I know? I had a 2-year-old and a newborn; I was exhausted. I soon had mastitis, and I was crying at soap commercials. I didn’t exactly have my act together. I figured I would get used to the name.

Except I didn’t. Six months later, I still didn’t like it. I finally broke down and confessed to a friend who assured me that I wasn’t crazy — although I remained a little unconvinced. And then, I finally told my husband: Our daughter’s name wasn’t Presley.

“Huh?” he asked. “Her name isn’t Presley? Then why am I calling her that? I think her name is Presley.”

Constant debate ensued for the next two months while we tried to figure out what to do.

Meanwhile, in an effort to keep up my highbrow television habits, I was watching the super-cheesy TV show, The O.C. — and on the show, there was a character named Summer. Summer! That was my daughter’s name. (Plus, I kind of love that the name comes from some now-canceled TV show rather than a Charlotte Brontë novel or something. I have always embraced my passion for bad TV.)

Somehow, I finally convinced my husband to change it. I honestly don’t know how. He probably just wanted me to stop crying. And that’s how our daughter became Summer.

Of course, this meant we had to legally change it, which they don’t make easy for you in New York state. There were a lot of bureaucratic steps, and it officially took about a year. But by that time, everyone knew her as Summer — and I adored her name.

“Baby name regret,” the unofficial diagnosis for that feeling you have when you look at your perfect baby and think, “Why on earth did I name her this? Am I going crazy?” is something that can happen to even the most seasoned parent. And for some reason, it brings a lot of shame. You think to yourself, “I had nine months to come up with this. Wasn’t that long enough?” But there is something about holding your baby in your arms and really sitting with that name and that new person. A couple of days in the hospital don’t always feel like enough time.

Once you have baby name regret, you may be afraid to make a change because you’re worried about what family and friends will think. But I absolutely promise you: People are way too busy taking selfies and putting them on Instagram to worry about the name of your baby. Changing your baby’s name will be a blip in time on their radar screen. It will go like this: “Interesting. Cherie just changed her baby’s name. Huh. OK. The baby’s name is now Lila. OK, I’m going to now go back to adjusting the filter on this picture of me at the beach.”

And yes, there will be some time when people awkwardly don’t know what to call your child (the old name or the new name or both?) and will simply refer to her as “the baby.” But that’s OK, because she is a baby. And in time, everyone will adjust. Even your Aunt Lucy who doesn’t know why young people make things so difficult. (In her day, people gave their baby a name and stuck to it, even if it was awful.)

That awkward time will pass, and soon you’ll be left to deal with the regular-old stresses of newborn-hood, like never sleeping or brushing your hair or showering or anything else you used to do. But you will likely be very relieved. Your baby will have this perfectly lovely name, maybe from some mediocre teen drama … and, later on down the line, a great story to tell at cocktail parties.