The recent murders of George Floyd, Breonna Taylor, and Tony McDade are just the tip of the iceberg when it comes to systemic racism and violence against Black Americans. And as the (now also often violent) protests continue to unfold across the country and the world, kids and parents alike are feeling scared right now. With these murders as with any tragedy — especially those involving senseless police brutality and undelivered justice — the current events are likely leaving very young children with big questions that you might find difficult to answer.

How can we help kids stay safe (and as free from psychological damage as possible) while also helping them grow and learn tactics to overcome fear and deal with harsh realities? Here’s how you can do your best to explain the unexplainable.

“Kids are big thinkers, and their imaginations are not limited to fun, carefree topics,” explains clinical psychologist and author Stephanie O’Leary. “When you have honest, age-appropriate conversations about scary things, you provide an outlet for your child’s feelings, model healthy coping and establish that you are a source of support, even when topics are uncomfortable or frightening.”

Below are some tools and strategies for leaning into age-appropriate discussions of injustice, racism, and other tough topics — and tailoring the conversation to educate and comfort kids.

Depending on your community, your child might be surrounded by people of a thousand different cultures the moment she’s born. But she might not be. For children in homogenous communities, it can be a startling discovery to meet people from other backgrounds. Young kids may not know how to act around people who are different from them — or how to respond if they see or hear about someone being abused or otherwise mistreated because of their race, religion, culture, sexual or gender identity, disability, etc. 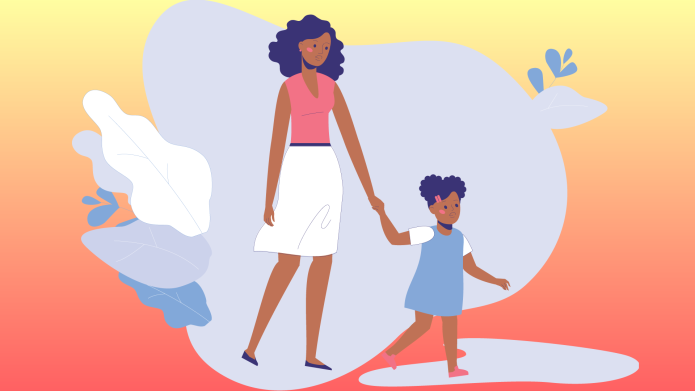 The key here, O’Leary says, is to never avoid questions about race, religion or other identifiers, as you could inadvertently breed a judgmental attitude in kids by making something seem like a taboo topic. It’s an unfortunate reality of our time that your child will witness or be on the receiving end of an act of discrimination at some point — and be rightfully baffled by the hatred behind that act.

This is when O’Leary says to allow kids’ questions to come up as they may. Make sure the child knows the scary thing that happened is absolutely wrong — but that doesn’t mean it’s wrong to talk about it. This way, you can turn the unfortunate experience into a learning opportunity. If your child asks questions about someone who was mistreated, “it’s best to answer honestly and keep lines of communication open,” O’Leary says.

As a child develops friendships, meets new people and expands their community, they might become more candid about their questions and perhaps more direct. At this age, you can step in and help them develop a healthy — positive but assertive — attitude. “Talking about current events and daily experiences within your community are great places to start because discrimination is not a thing of the past,” O’Leary says.

She also adds that it’s important to prepare your child for what, unfortunately, is the inevitable. He or she will observe or experience acts of hate or discrimination and will likely be confused about how to react. Here, O’Leary says to get personal with your preteen.

“Share personal experiences to model how you felt, how you reacted and what you wish you had done differently. Choosing examples from your own childhood will make the biggest impact on your son or daughter. Focusing on practical steps your child can take is important, such as being vocal or seeking help when observing bullying,” she suggests. There are also plenty of ways to teach kids to be allies in the fight against systemic racism.

The statistics on gun violence in the United States are baffling. Our country has 29.7 homicides by firearm per 1 million people (which, for example, is almost 16 times as many as Germany has). The U.S. has 4.4 percent of the world’s population, but almost 50 percent of the civilian-owned guns in the world. According to the Centers for Disease Control and Prevention, there are more than 31,000 deaths every year involving guns in the United States. This makes the topic that much more fraught — and more likely to come up with a child. From the minor (“guns” in video games) to the major (the mass shootings in the news that now occur nearly daily), kids are bound to encounter gun violence at some point.

“Even if you try hard to monitor what your child is exposed to, guns are present on television, integrated into various toys and action figures and carried by various authority figures, including police officers,” O’Leary explains. It’s never too early to start talking about them.

You might be asked questions like “Why would someone do this?” or “Are they coming for us next?” Sadly, these inquiries don’t always have concrete answers; but you can provide valuable context.

For kids under 5:
O’Leary says the most important lesson to teach a preschooler is that under no circumstances are guns toys; it’s important to underline how much harm they can cause. “Answer any questions that may arise simply and honestly to provide factual information without creating undue anxiety,” she says.

While O’Leary doesn’t suggest approaching a topic like terrorism with a child under five unless they specifically ask, she says that being direct and simple — without providing graphic details — is ideal. However, with one important caveat: Avoid labels and dichotomies such as “good guys” versus “bad guys.” “This perpetuates the idea of continued conflict,” O’Leary explains, “and it’s likely less stressful for your child to hear you say, ‘There are some people who want to hurt others who are different, and we do everything we can to try and stop that.”

For kids ages 5 to 10:
With a more mature child, O’Leary says you can get more specific regarding gun safety and offer solutions for how to protect themselves and handle various situations. “Review what you expect them to do if they are ever in a situation where a gun is present,” O’Leary urges. “While every parent fears this, the fact is that guns are often present in homes. Gun violence can occur even during innocent playdates,” she adds. “Empower your child with a focus on safety, and answer any questions that arise.”

As a kid ages through elementary school, they may become more comfortable talking about what they hear at school and throughout the community. This makes them consider violence through a more analytic lens since they might have had experiences with it — or are even just asking about why they have to go through a metal detector at an airport or concert. “At this age, you can provide some more factual background regarding the cultural and political circumstances that have contributed to [violent] acts as well as the specific safeguards that your family relies on for safety,” O’Leary suggests.

The world we live in can be a frightening place, and the people in it don’t often help. But when you’re raising kids, it’s always more helpful to have sad, difficult conversations than no conversations at all. That way, you can prepare your kids as well as you can to face our frightening world — and change it for the better.

A version of this article was originally published in September 2017.

To ease kids into another potentially terrifying (but necessary) conversation, try these children’s books about COVID-19.

16 hrs ago
by Tonilyn Hornung