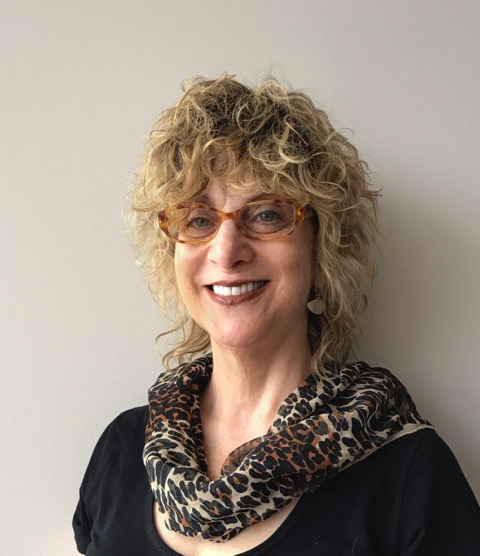 “Let’s go boom boom in the zoom zoom room,” Justin Vivian Bond, the tall, soigné blonde 53-year-old cabaret/performance artist/social activist sings in a seductively edgy voice. Bond — who prefers to be called “Mx,” not Mr. or Ms., and by the letter, “V,” rather than “him” or “her” — isn’t so much channeling Blondie onstage at Joe’s Pub in the East Village as completely reinventing the song.

My husband and I started going to V performances long before we adopted our black-haired, cinnamon-skinned baby daughter from Guatemala. Two years ago, when that baby turned 12, she started complaining whenever we headed out to see Bond without her. “Why can’t I go with you? You let me watch every episode of Will & Grace when I was 5!”

More: A Transgender Dad Tells Us What It’s Like to Show Up at La Leche League

This was true — not that I ever admitted to other parents that my 5-year-old and I howled together in laughter as the narcissistic Karen Walker, played by Megan Mullally, told a potential suitor, “Just because we once made out like drunk straight girls at a frat party doesn’t mean you’re wanted here.” Now, I worried anew: Had my daughter been too young to understand that Will & Grace’s writers weren’t actually advocating alcoholism, even though the charming Karen Walker was rarely without a drink in her hand?

“Because you love V!”

But Bond is a lot less mainstream than an Emmy award-winning TV sitcom from the ’90s. (Still, V’s not exactly fringe — V’s got a Tony nomination, has been featured in The New York Times and The New Yorker and makes regular appearances at Joe’s Pub and the Public Theater.) Still, was my daughter truly ready for a transgender star who riffed irreverently, bawdily and sometimes graphically (albeit poignantly) about sex and gender? One of V’s signature songs is Bambi Lake’s haunting and heartbreaking, “The Golden Age of Hustlers,” a vivid depiction of the rough lives of some of San Francisco’s transgender community during the ’70s.

In fact, Bond is a lot edgier than Will & Grace. In “The New Economy,” with a confrontational swagger, V sings about “the sexual economy” of having to sell one’s body.

And, after all, my daughter was still a preteen.

Then I remembered that day years ago in my daughter’s swim class. She was just a preschooler. When I arrived to pick her up, a boy in the class pointed at me. “She can’t be your mom,” he said. “She’s not your color.” I am white.

My daughter looked stricken. “That boy just needs to get out more,” I whispered, hoping to make her smile. Instead, she blinked back tears.

More: Stop Telling My Adopted Kids They’re Lucky to Have Us

Given that experience, maybe the truth about Bond’s “different” life as a trans child and adult is one of the best gifts I could ever give to my daughter. After all, as a member of a transracial family, my daughter also pushes society’s boundaries and is “different.”

The fact is, she and I are often forced to explain our relationship. When we stroll arm in arm through the streets of New York, we often encounter almost cartoonish double-takes, despite how cosmopolitan and multicultural the city may appear. On a few occasions, total strangers have actually approached us, demanding to know who we are to each other. Inevitably, she and I feel hurt and angry.

These kinds of reactions come from people of various ethnicities. Once, as we sat quietly in the backseat of a taxi, the driver, in an accent I couldn’t place, informed us that our relationship would “never be real.”

At school, I was often taken for her nanny.

Sometimes we receive praise. People applaud my “bravery” and tell my daughter what a “lucky girl” she is. But that singles us out just as much as criticism. We yearn to simply go about our daily lives with our relationship unremarked upon.

Finally, hoping we were doing the right thing, my husband and I brought her with us to see Bond perform. The single child in an otherwise extremely diverse audience, my daughter sat between us at our ringside table.

“So, V dates boys and is a guy below and a girl on top,” she said as Bond, in shimmering, golden cigarette pants, commandingly took the stage. “That’s cool.”

My daughter became a fan of V that night. Since then, she’s watched V perform numerous times. Recently, Bond, in a flowing Vivienne Westwood top, drink in hand, à la Karen Walker, declared Vself “too nearsighted” to register the way people stare at V on the street. My daughter smiled with delighted recognition.

Like all the best poetry, the lyrics V sings — about “San Jose Johnny The Libra” and his lovers and friends, for instance — are life-affirming and life-changing. “Mom, I don’t understand all the words to this song,” my daughter says softly, meeting my eyes. “But I know that V is singing about strong people… like me.”

When Bond angrily revealed that V’s father, who recently died, wouldn’t let V — “a fake woman” — into his home, my daughter gasped.

Just as you are, my real child, I thought.

She and I held hands throughout the evening as Bond, sometimes with manic energy and sometimes with great calm and earnestness, celebrated love, hope, courage, art, activism and differences of all kinds.

16 hrs ago
by Erika Janes