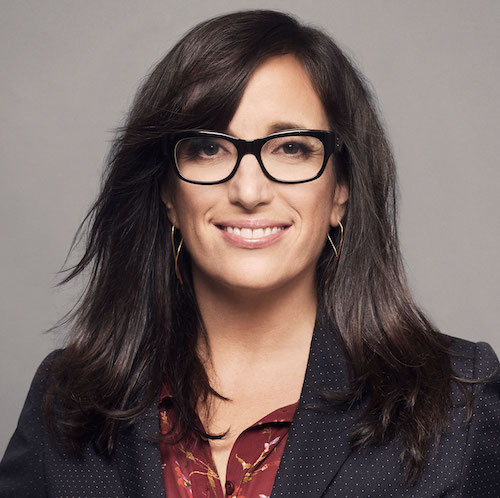 Excerpted from Make Your Kid a Money Genius (Even if You’re Not): A Parents’ Guide for Kids 3 to 23, by Beth Kobliner. Published by arrangement with Simon & Schuster Inc. Copyright © 2017 by Beth Kobliner.

Related story When This Mom Couldn't Afford Anything for Her Child's Birthday, Reddit Came Through with Tips & Support

“We suck at allowance.”

That’s the gist of what most moms and dads tell me sheepishly when I ask about the subject. They admit that they don’t have a system that works effectively and fret about being horrible parents. “We started in the New Year and were really good for the first four weeks,” Kathy, a mother of three, told me. “But after that, we forgot to give it regularly, and then suddenly it was June, and no one could remember who was owed what.”

I’m here to let you off the hook: It doesn’t really matter whether you give your kids allowance or not. That’s what I concluded after combing through more than two dozen academic studies on the subject. The findings are all over the map. One Canadian study, for instance, showed that kids who get allowance understand credit cards and prices better than those who don’t. Yet according to research from the United Kingdom, kids who were paid allowance were actually worse at saving than kids who earned their spending money by working odd jobs. My takeaway: Follow the advice on teaching money smarts in this book, and do what feels right to you personally when it comes to allowance.

That said, I do believe that allowance is a fine, practical way to dole out money to your kids. That is, as long as you follow my rules below. If you do give allowance, it’s not necessary to sign up for one of the growing number of allowance apps and websites that offer to help—sometimes for free, but often for a fee. Some have gimmicks such as issuing “currency” in the form of beans, credits, or IOUs, which sometimes can be used only to buy certain items or in certain online stores. I’m less a fan of these because your child isn’t dealing with real money. If you find one that works for you, that’s great, but just make sure that using the site doesn’t take the place of the all-important money conversations that should come with allowance.

1. Be clear. Keep it simple, and be realistic. The key is letting kids know from the start what this money is to be used for. Every family is different, and you’ll have to make these calls, but here are some general guidelines. With young kids, keep it really basic: You cover food, necessary clothes, and things like birthday gifts for friends’ parties and the occasional movie. For extras such as trendy hair barrettes, Milk Duds at the movies, and iTunes, it’s on them. Once they hit middle school, you will probably still pay for most of the basics, although you’ll have to define what that means. For example, you might pay for a couple pairs of $50 jeans for school, but if they’re hankering for a $100 pair, then they can make up the difference. By high school, the balance shifts some more, with you giving your kid a higher allowance but also more responsibility. Maybe now she has to cover presents for friends and meals out with her crew. College is a paradigm shift. Whatever you do decide, make it clear to your kid that these decisions aren’t arbitrary: His allowance is part of the larger family budget.

2. Be consistent. It’s actually less important to make the “right” rules than it is to stick to whatever you decide. Of course, it would be awesome if you could blow a whistle and have your kids line up like the von Trapp family to get allowance at the same time each week. But realistically, you’ll occasionally forget to give—and they will forget to ask, believe it or not. When that happens, don’t worry that you’ve screwed up allowance for all time. Get back on track, pay your kids what’s owed, and start using a spreadsheet or worksheet to keep on top of things.

3. Give control. It’s fine to have some spending rules, such as limited candy, no toy guns, and a ban on lipstick for little ones. But in general, let your kid have the freedom to buy what she wants, particularly as she enters middle school. The big area that you do control, however, is how much to give. It’s good to know social norms, so ask other parents about the “going rate.” There’s a rule of thumb floating around that says you should give a dollar amount equal to your kid’s age per week. Some parents hear $10 a week for a 10-year-old, do the math, and decide that giving $520 a year to a prepubescent son or daughter is ridiculous. And if that’s out of your budget, I get it. But if it is in your budget, there’s a good chance that you are spending this sum anyway on the array of little items you buy your kid all the time. By giving allowance, you are empowering him to make the decisions about how that money gets spent. You might decide that this is too much discretion for your 10-year-old. But for some kids, it’s a perfect way to see what it’s like to run out of money and not be able to buy what he wants. And that’s where rule number 2, consistency, becomes really important.

4. Use cash. Studies show that all of us spend more when we use credit or some other form of online payment, since the pain of paying is put off to the future. That’s why it’s important to give your kid paper money. (Of course, you need to be willing to launder some of this cash for her into iTunes and other online retailers.) Debit cards are all the rage, but I don’t like them before college. While you’re at it, talk to your kid about the importance of saving some of it instead of spending it all. One point that the findings from many allowance studies seem to agree on is that the conversations we engage in with our kids about money are even more important than handing them the money in the first place.

5. No chores. Research shows that chores are good for kids because they teach responsibility and the importance of chipping in to help others. But it’s a mistake to link those chores to money. Unless you’re willing to negotiate each time you want your kid to empty the dishwasher or put his clothes in the hamper, steer clear of systems that pay per chore. Chores should simply be part of everyday family life. You can pay your kid for jobs above and beyond his usual responsibilities—but that’s work, not allowance. Also, linking allowance to chores or other desired behaviors can backfire. I’ve seen too many parents in the heat of the moment use allowance as leverage and sometimes payback. “You didn’t make your bed?” Bam! “No money for you.” What if your kid thinks it’s worth it to, say, leave his bed unmade or miss curfew and lose $10? You see the problem. Discipline your kid in some other way, and keep the allowance issue separate.