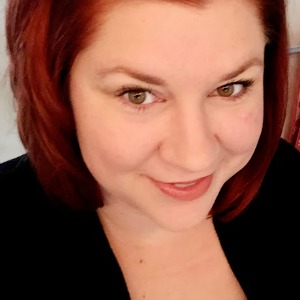 When I first got married I wanted kids right away. And I wanted 15 of them.

I love kids and I love big families. 15 seemed both outrageous and theoretically possible. Biologically, anyway. Plus, that was more than I’d ever heard of and I wanted to beat everyone. I don’t know why. Probably because I was 18 when I got married and that’s just how 18-year-olds think.

I like to think that people have a “magic number” of kids they’re meant to have. That might be totally bogus, but maybe that’s just how 36-year-olds think. As it turns out, our magic number (if there is such a thing) is 5. There are a lot of factors contributing to that number, and I’m very happy with it, but I wonder if 150 years ago I could have had 15 kids. Assuming of course that my uterus could survive it (which, incidentally, it cannot), the babies didn’t need to be in the Neonatal Intensive Care Unit (which 3 of them did), and I didn’t need an emergency C-section (which I did twice) or a blood transfusion (yup, that too).

More: Nobody told me about these side effects of postpartum recovery

But other than THAT, I could have been just fine (boy, I’m grateful for modern medicine). But pretending for a moment that giving birth would NOT have killed me 150 years ago, I’m thinking that I could have had a lot more children than I have now simply because I’d be able to handle daily life with them better in a 19th century world. For one main reason: people left you and your kids the heck alone.

Back in the 1800s young kids were getting up when the rooster crowed and milking cows. They were helping with planting and harvesting and churning butter and baking bread. They sewed clothes and chopped wood and when they had time off they ran barefoot in the mud and rolled wheels in the streets and and no one said a word about it.

More: Sometimes there is a good reason to let your kid swear

Maybe I’m glorifying things a teeny bit. Every village has their gossipy busybody who’s all up in everybody’s business. And I sure love having a dishwasher, flushing toilet, and the aforementioned modern medicine. But I definitely think that in general people hassled you less about your kids’ feet.

The other day I was at a convenience store (an exceptionally clean one, I might add) and I had Princess (9), Preemie (8), and BB (1)  with me. BB was driving us all nuts while Preemie was deciding what to buy. Princess held him but he wanted to run around. He was pulling baked goods off the shelves so I grabbed him and held him. I tried to distract him but he was flipping out because he wanted to get down and explore. I brought him over to the candy where he wouldn’t do much damage if he grabbed things off the shelves and put him down. I told Preemie that she’d better hurry. She told me she had to use the bathroom. while she was in there I just let BB run around in the aisle while I followed him closely. At this point an employee told me to hold BB because he was barefoot and could step on broken glass. My first instinct was to say, “Oh, you leave broken glass lying all over your store?” But I just picked him up and tried to hustle everyone out of there ASAP. It was a less than successful trip and I said out loud “This is why I wanted to leave you guys in the car with BB.”

That was frustrating and a little embarrassing, but it got me to thinking about how 150 years ago it was normal for kids to be independent and wander about. You might say that back then kids were treated like adults too much. But I think they liked it. Kids love to do things “all by themselves” and I think we, as parents, could handle a lot more kids if we let them actually do things by themselves.

More: Stop assuming it’s my fault that I have a fussy baby

People ask me how I handle five kids and I’ll tell you my secret: I don’t get five kids ready for school and make five breakfasts and five lunches. I make like, one and a half breakfasts. My older kids babysit my younger kids. A lot. I also don’t do most of the chores in the house. The kids do. That’s how I “handle” (if you can call it that) having five kids. But I think I could’ve handled 10 more if society accepted even more autonomy from those kids.

Back then there was the idea that kids were OK to be left alone, and that they were their parent’s business. And parents gave kids a heck of a lot of autonomy because they had to. They couldn’t run a farm without a gaggle of helpers. Guess what? Everyone turned out just fine. Great, even. But maybe that’s just how an exhausted and frazzled mom thinks.