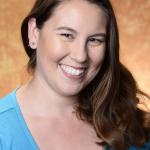 I was joking around. I teasingly said something about my child, Voldemort, and didn’t even realize until V looked up at me with her big eyes and firmly said, “Please don’t call me ‘him.'”

I had slipped up without even realizing it. And I got called on it.

About a year ago, then 8-year-old Voldemort started playing around with pronouns. Up until then, Voldemort had been “a boy who likes pink,” or a “tomgirl.” And Voldemort would definitely let you know that he/him/his was the correct pronoun, regardless of the pink Hello Kitty shirt that said, “Girls Rule!” that was currently being worn.

Voldemort first flipped to she/her/hers right at the end of summer, and said “I’m a boy who goes by she!”

I went with it. If you think my brain didn’t gibber in terror initially, you are very extremely wrong, but Voldemort asked, so she/her/hers it was. There was a shit ton going on at home with the divorce and V’s dad moving to Alaska, and and if switching pronouns gave her some feeling of control? Let’s do it.

Then, briefly, we switched to they/them/theirs.

I’m not sure of the why of this one, exactly. We had talked about the gender binary and being gender-fluid and how some people use very different pronouns between she and he. I had an easier time with this switch — somehow my brain and tongue didn’t get as tangled on it as it did with she/her/hers — but it didn’t last long.

When Voldemort started taekwondo at a school that prided itself on respect and using yes ma’am/no sir, and we all got a little confused as to how best to work a kid who went by they/them/theirs into that process (they were totally willing, which was AWESOME, we just… couldn’t figure out what to use), Voldemort switched to she/her/hers there all the time.

From there, to V’s elementary school, where I met with a ridiculous amount of people, all of us nervous. It’s not like this was our first meeting. I’d always set up a meeting with the teacher prior to school starting, just to go over “my kid doesn’t gender like you and here’s how to not be an asshole about it.” But this was different. This was, in all of our eyes, a huge, giant, scary step to take. Both out of concern for Voldemort herself, and out of concern that we would do it wrong. Because my kid is the first in the school to be public about her place in the LGBTQIA spectrum. Because of course she is.

I won’t lie. It had its ups and downs.

For a while, her teacher just didn’t use any gendered words when talking to or about her. Which I totally get, as I did that quite a bit, too. And there were some questions from other students as to why we were calling Voldemort a “she.” I jumped every time the phone rang, worried it was the school calling to tell me my child was sobbing or was being bullied or had run away from school.

I have to admit I breathed a sigh of relief when the end of the year came.

I was a little better prepared this year, although not for when Voldemort decided she didn’t want to use gendered bathrooms anymore. V started the year as she/her/hers, and other than one comment where Voldemort casually told me that one of her classmates says her family doesn’t like anybody transgender, there haven’t been any major bumps.

I’m not sure why, then, that I was worried when Voldemort asked me a few weeks ago to talk to her childcare center and tell them to switch pronouns. I told two people there. Two. The owner and the director. They were surprised (I don’t know why, they’ve had Voldemort since she was THREE), and I cringed in anticipation of what their reaction might be.

Which is how I ended up sitting in my car one day after dropping Voldemort off, flapping my hands and trying not to do more than tear up a little. Because when we had walked in, and I braced myself for whatever was to come next, all we had heard was “Good morning, ladies!” “Hey, Alianora, how’s she doing today?” “Are we picking her up after school this week?”

We have been lucky. We have been SO lucky. Voldemort is supported at school, supported at childcare, supported by friends. It’s scary as hell some days, but she blows me away with her ability to self-advocate and her willingness to be so very open about her gender.