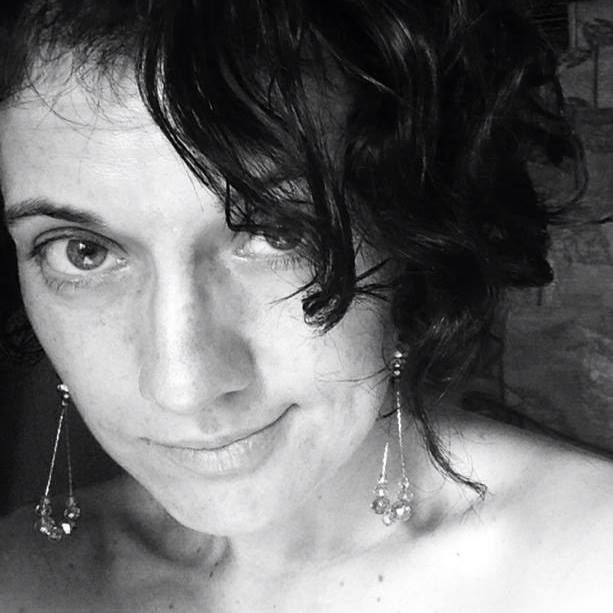 Last week I was helping my four-year-old daughter get dressed for school. Maybe helping is a glossy generalization. We were waging war.

More: I’m a 42-year-old who shops in the juniors’ section and I get body shamed

I’m sure you’re familiar with that inevitable daily battle over whether or not it is appropriate to wear a swimsuit 24/7 or shorts in subzero temperatures. On this particular day, she was suspiciously docile. We’d already shimmied into her typical fashion fodder of anything with a skirt.

My daughter shares my preference for dresses and twirly skirts. We like fabric that hangs loosely and leaves us free to move, patterns and colors that swirl and communicate our energy with every step. Pretty much anything with a waist leaves us feeling constricted and bloated, as if we’ve been tethered to our clothing.

Even in winter, it’s dresses all day, all the time. Dresses with leggings and boots, dresses with bare legs and sandals but above all, dresses. Pretty and forgiving and every inch our style.

That morning, she’d chosen a dress with a white lace bodice, no sleeves, and a full, pleated skirt in carnation pink. But then she began to pull on leggings underneath. Brown ones edged in pink lace.

“It’s going to be pretty warm today,” I reminded her, puzzled. “You don’t need to wear leggings.”

“I want to, Mama,” she said softly. “I don’t want anyone to see my underwear.”

I paused. This was new, and I wondered where it had come from. She’d never been embarrassed about revealing anything, never spent a minute of hesitation over being modest. My red flags started waving wildly.

“Why are you worried about that?”

The story came tumbling out in fragments, bits and pieces that fell together. A boy at school had cornered her in a secluded part of the playground. He’d tried to lift her dress to expose her underwear. She’d held firmly to her skirt and refused to budge until he lost interest in teasing her and walked away. But now she was afraid.

My vibrant, brilliant, aggressive, little tornado of a girl whose stubborn demands imposed her will on everyone in her life. She was afraid of being exposed and embarrassed. I was furious.

But not for the reason you might think. I was angry because we all have experiences like this one. Every single woman I know. Experiences that teach us that our bodies are a source of shame.

Boys standing behind us in line, pinching shoulders to check for the tell-tale snap of a bra strap. Schools policing the length of our skirts and shorts, churches imposing rules about modesty and virginity that seek to shame us into compliance.

I knew my daughter would be exposed to this eventually because every woman is. I just didn’t want her to have the heavy weight of public judgement descend so soon.

“Don’t wear leggings,” I said firmly. “You wear what you want. You love dresses. If that boy is going to act inappropriately, that’s his problem. Not yours. Don’t let him take that away from you.”

She looked at me skeptically. And I could see the thought some of you are probably having right now. Isn’t it easier to just wear the leggings? It solves the problem doesn’t it?

No. No, it doesn’t. The problem isn’t my daughter who loves to wear dresses. The problem isn’t even the boy who teases and torments. That boy has simply learned from someone, somewhere that embarrassment and shame can be weapons of power.

The problem is, in fact, us. All of us. We waste so much energy trying to ensure nobody dances outside the lines of propriety. We’re all guilty of throwing the weight of that heavy judgment around and allowing it to squash the confidence of our children. Especially our daughters.

More: I’m a competitive athlete and even I get body shamed

My husband made a comment recently about a woman wearing something inappropriate at a restaurant. My ten-year old son overheard and I could see the wheels turning, the light sparking behind his eyes. He was taking notes, marking for future reference the complex maze of rules that we impose on each other for acceptance. He was studying the language of societal shame. I shook my head in response to my husband’s comment and responded a touch louder than usual.

“I’m glad she feels comfortable wearing that. She’s just enjoying her body and wearing something she loves. There’s nothing wrong with that.”

But I recognize that this is a battle I will have to wage over and over again. Not just with others but also within myself. Even though women are most frequently the victims of shaming, we are also often on the front lines of enforcing rules about modesty. We’ve internalized this dialogue about embarrassment over our own bodies to such an extent that we no longer recognize its source.

We fail to see that our attitude is only one step removed from the biblical judgement of Eve, discovered naked in the Garden of Eden and shamed as the culprit of a plot to tempt man into sin. It’s archaic and offensive. And it makes me sad. We have to face so many struggles as women. Why can’t we just support each other?

I was in the Costco parking lot this past weekend, unloading groceries into the back of my car. I was wearing a dress, and so was my daughter. We’d chosen matching floral patterns with bright colors and lots of flouncy ruffles.

An older woman approached me, and I turned towards her pleasantly, assuming she might be looking to grab my cart before going into the store. Her tween daughter was at her elbow, waiting patiently.

“That’s a pretty dress, honey,” she said, her voice hoarse and rushed. “But you really shouldn’t wear it in public. Much too short.”

I was stunned. I stood there, a forty-year-old feminist blinking in the sunshine, flooded with embarrassment. The woman had already hustled away, as if she’d dropped her grenade into my lap and didn’t want to be caught in the explosion. I glanced at the back seat, where my daughter was belted in, thankfully oblivious to the interaction. I shouted after the woman’s retreating back.

I was shaking, livid with anger. Because that woman had tried to shame me, tried to shift the judgment from her shoulders onto my own. But her shame doesn’t belong to me. I was angry that for even a moment, I had felt the hot wash of embarrassment.

Society has been trying to hand that burden of modesty to me for decades, insisting the lines of my body are a source of public domain. But my body is my own and I won’t let you take it from me. I’ll wear my short, flouncy skirts and throw my middle finger back at any judgement I get for it.

I want my daughter to see she’s so much more than the length of her skirt. Her body is her own. To enjoy and yes, even to flaunt if she chooses. And I won’t allow anyone to tell her to cover it up in a mantle of modesty. That burden of shame was never ours to bear.

Our bodies were designed for the pleasure of living and loving. I’m not embarrassed to own up to every inch of mine and I’m going to do everything in my power to ensure my daughter feels exactly the same way.

More: I was fat shamed at my grandmother’s funeral